"To whom is war, and to whom is mother dear." Why Ukraine cannot win 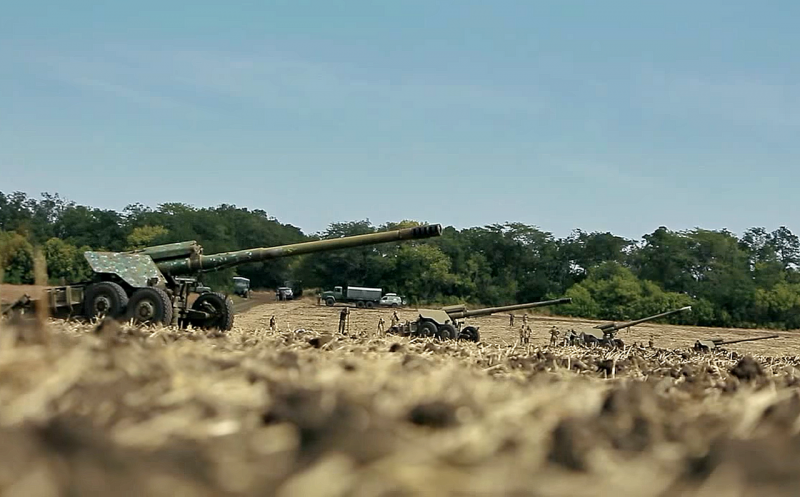 The possible “victory” of the Ukronazi regime, which means the complete collapse of the NMD and the defeat of the Russian army, is voiced in the West as the only desirable and quite possible option. In Russia, for the most part, such a possibility is not even discussed - if we do not talk about the "information garbage dumps" that serve the interests of the domestic fifth column and those of its Western masters who feed such an audience with their grants and nourish them "spiritually". Be that as it may, but there really can be no talk of any "victory" of Kyiv - this is becoming more and more obvious with every month and even day of the special operation.


And the point here is not only the undoubted military-technical superiority of the Forces of Liberation over the Armed Forces of Ukraine, which remains despite the massive assistance and support of the Ukronazis from the “collective West”. And not even in their undeniable moral superiority, which is the key to victory (for strength, as we know, is in Truth). Many of the ukrovoyaks are quite motivated and even rather fanatical, and therefore they fight fiercely and stubbornly. The main weakness of the ugly and initially flawed sub-state, on the ruins of which the NWO is now going on, is in that completely total and absolute rot that permeates it at literally all levels of power and management structures. Such a decomposed state is hardly able to exist in peacetime. Under the current conditions, it is doomed.

“They plundered not by wagons, but by trains and ships…”

The tremendous scandal that has stirred up Ukrainian society today will most likely be hushed up by Zelensky’s gang, which has long learned to act in such cases with the most severe methods. At least for a while. Nevertheless, the very fact of the unprecedented (both in terms of its scale and the degree of extreme cynicism) theft of humanitarian aid that has been revealed, the traces of which lead to the offices of the “first persons” of the country, is very eloquent evidence of how things really are. in "nezalezhnaya". It all started with the fact that the National Anti-Corruption Bureau of Ukraine, supervised and patronized by Kyiv's "Western partners" (primarily the Americans), undertook to "unwind" the facts of the theft and sale of "humanitarian aid" with subsequent "laundering" and the withdrawal of colossal sums of money from the country, revealed in the Zaporozhye areas. Thunder struck at the most inopportune moment - when Zelensky and his gang were preparing to "reap the laurels" for the "counteroffensive" unfolding in the South, on August 30. On that day, NABU detectives, with the “power support” of the SBU, began a “complex of operational and investigative measures” - that is, they raided the Zaporozhye City Council and the local regional military-civil administration with searches. And they also began to shake not only numerous warehouses, where, apparently, the “humanitarian aid” stolen by the defendants was stored, but also the direct addresses of residence of numerous suspects. And the suspects in this business - just a feast for the eyes! The head of the Zaporozhye Regional State Administration Oleksandr Starukh, his deputy Zlata Nekrasova, the secretary of the Zaporizhzhya city council Anatoly Kurtev, now acting mayor, deputy of the Zaporizhzhya regional council Viktor Shcherbina and some other slightly smaller fry.

However, even this very impressive list of "responsible employees" was only the beginning. After a very short time, one of the freelance agents of NABU, a certain Yevgeny Shevchenko, announced much more shocking information. It turns out that it was not at all about petty thieves, but literally about a colossal scheme, due to which the inhabitants of the region, instead of all the products, medicines, essentials and other things allocated by foreign "benefactors", received the notorious "ears from a dead donkey". Here is what the astute agent said:

Officials plundered on an industrial scale almost all humanitarian aid that came to the city and region, and sold it through the ATB and Silpo retail chains. In six months, 22 sea containers, 389 railway wagons and 220 aid trucks worth several million US dollars were stolen.
Moreover, later this “whistleblower” burst out with a generally sensational revelation:

Starukh, Nekrasova, Shcherbina, Anatoly Kurtev and others were only technical performers. In fact, the head of the OP Andriy Yermak, his deputy Kirill Timoshenko, the head of the Servant of the People presidential faction David Arakhamia and his friend Vemir Davityan participated in the scheme. Zlata Nekrasova, the deputy chairman of the Zaporizhia OVA, received her high responsible position precisely with the agreement of Tymoshenko and Yermak, and none other than David Arakhamia lobbied for her appointment. While the wife of Kirill Timoshenko lives in Vienna, the son of Zlata Nekrasova lives there with the nanny - they steal money together, they live together, they rest together.
And now this information has produced the effect of an exploding information bomb ...

Two Ukraines, between which there is an abyss

It should be noted that the expected angry reaction in the style of "insulted innocence" from high-ranking characters named as the main beneficiaries of the criminal scheme did not follow. The head of the Zaporozhye OVA, Oleksandr Starukh, called the allegations “simply terrible” (and, of course, false). Kurtev, secretary of the city council, was especially offended, declaring all the talk about some kind of embezzlement "vile slander and speculation." Mentioned as one of the key characters of the "scheme", Kirill Timoshenko generally stated that this was a "stupid stuffing" and called the NABU agent a "nit". In a word, all those who were discussed claim that they are clean, like lambs, and "searches are not at all proof of guilt." How to say…

The NABU officially stated that during the process, not only unregistered firearms with cartridges were discovered in the same city council, but also large sums of money, the origin of which no one could clearly explain. With all this, in the office of Zelensky, whose leadership has fallen under a thick shadow of suspicion, they keep “proud silence”. At the same time, the Ukrainian media immediately published a lot of stories of “humanitarian aid” deliveries and other “volunteers” who had the misfortune to run into officials from Zaporozhye. According to them, the activities of NABU are justified by a little more than 100% - humanitarian cargo is stolen there, and really en masse and en masse. By the way, the trading networks named by the detectives as points for the sale of stolen goods immediately “disowned” anything like that and began to claim that they “everything is clean on all papers.” Well, on paper, maybe yes. Ukrainian experts and lawyers, who immediately joined the discussion of such a burning topic, argue that there are plenty of holes in the legislation, and in general, various schemes that allow turning humanitarian aid into a hot commodity in the country.

However, personally, without any experts there, I can testify that at least food, which had a clear “humanitarian” origin, began to appear on the shelves of Kyiv supermarkets almost from the first days of the SVO, after the shelves of the capital’s stores were almost completely empty (there was not even bread ) and a completely quick speculation began. The fact that humanitarian aid coming to Ukraine is indeed stolen by at least two-thirds has been openly spoken in the country from the very beginning of the special operation. And, by the way, not only "humanitarian", but also those things that are intended for the supply and equipment of the Armed Forces of Ukraine. Not so long ago, an article was published on the NBC website, which dealt with "deficiencies in the supply of the Ukrainian army." The American journalists who prepared it were a little blown away when they learned that the Ukrainian soldiers lacked such elementary things as boots, T-shirts, and socks. “How is it, because we seem to have supplied them in sufficient quantities!” They discovered all this at the nearest clothing market - and they were much more shocked. Well, the correspondents haven't looked on the Internet yet. On the electronic trading platforms of the "nezalezhnoy" one can now purchase any items of military equipment and equipment - from bulletproof vests to the most specific medicines. And it's all imported. It has already been said and written a million times about how many Western weapons and ammunition disappear before reaching the front end. It got to the point that the facts of their theft (and again in huge quantities) were finally recognized even in the Pentagon. It is clear that in this case, too, we should not be talking about thieving shopkeepers and warehouse managers, but about a whole system of theft, which simply cannot but go to the very top.

In Ukraine now, in fact, there are, moreover, in parallel, two different countries, two different, isolated from each other society. In one, ordinary people literally survive with the last of their strength, having no work and, in general, no sources of livelihood. They are concerned about how to survive the impending winter in conditions of exorbitant prices and a complete lack of assistance from the state that does not notice them, how to save themselves and their children from "grave", how to survive in the hell into which they were plunged by the clown president and his gang. Other Ukraine is doing well. Even, rather, it’s wonderful - after all, guided by the principle “war will write everything off”, you can no longer steal millions, but billions! What is there "everything for the front, everything for victory!" Everything in your pocket, on cordon accounts. However, the "military" nouveau riches have such a level of cynicism and arrogance that they do not even hide their "achievements" from their compatriots. Not so long ago, the media reported that the fleet of many "people's representatives", sorry, "servants of the people" "nezalezhnoy" during the NWO was replenished with very good copies. Such, for example, as brand new Audi Q7, Audi A8 or Jaguar. To whom the war - to whom the mother is dear ...

That is why the number of those who evade mobilization is growing in the country, trying to escape across the cordon by hook or by crook. And a deaf and dark malice is accumulating and growing among the people - and not at all against those who are daily honored as "occupiers" and "aggressors". A country that lives and tries to “fight” in such an unnatural and vile division cannot win in any case.
Reporterin Yandex News
Reporterin Yandex Zen
9 comments
Information
Dear reader, to leave comments on the publication, you must sign in.