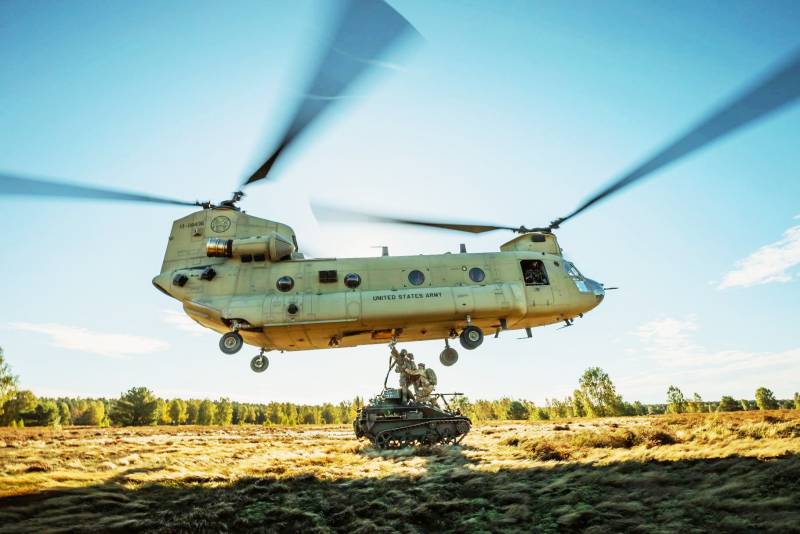 The American magazine Foreign Policy writes about the features for the United States of America of the new Cold War with the Russian Federation and China.


The resource notes that unlike the previous edition of the Cold War, the current one has the peculiarity that it is necessary to act in close cooperation with the Pacific allies of the alliance. Thus, the collective Western alliance will try to contain Russia and China at the same time.

In addition, the West will also have a difficult time in terms of how dependent it is on the supply of resources and food from the Russian Federation, not to mention the fact that the global South (including China and India) has refused to follow in the wake of anti-Russian sentiment and sanctions.

The article voices the opinion that Russia has not shown a decent level in the current conflict and that the combined forces of Europe will be enough to contain it military, while the United States will focus on the Pacific Ocean.

Russia has lost most of its most modern weapons and best trained military. Western sanctions have caused significant damage to its the economy. Export restrictions will make it much harder for the Russian defense industry to acquire advanced semiconductors and other Technologyrequired for the most advanced weapons. Over time, Europe's efforts to reduce dependence on Russian oil and gas will deprive Moscow of revenue and further limit its ability to rebuild its military after the end of hostilities in Ukraine.
predicts a Foreign Policy article.

However, the article suggests that during this time the United States has become too refocused on Europe, even though Asia should be the top priority, no matter what happens in Ukraine.

The excessive US military presence in Europe deprives it of an incentive to do something on its own in the military sphere.

Unlike Ukraine, where the West refrains from any direct intervention, the United States is likely to be drawn into a direct conflict with China over Taiwan. Otherwise, many countries will defect to the side of Beijing.

The weakening of Russia, which is predicted by Foreign Policy, regardless of the outcome of the conflict, according to the resource, has a downside for the United States. Such a Russia, as the authors suggest, will turn out to be more dependent on China, which is now in no hurry to help its neighbor.

Unlike during the Cold War, when only the West had the wealth and institutions to offer significant economic carrots, the United States now faces fierce competition. China and even Russia also have a lot to offer. China has the full advantage of a large market. Russia has cheap resources, and some of them, such as oil and fertilizers, are vital for developing countries.
- the article says.
Reporterin Yandex News
Reporterin Yandex Zen
1 comment
Information
Dear reader, to leave comments on the publication, you must sign in.