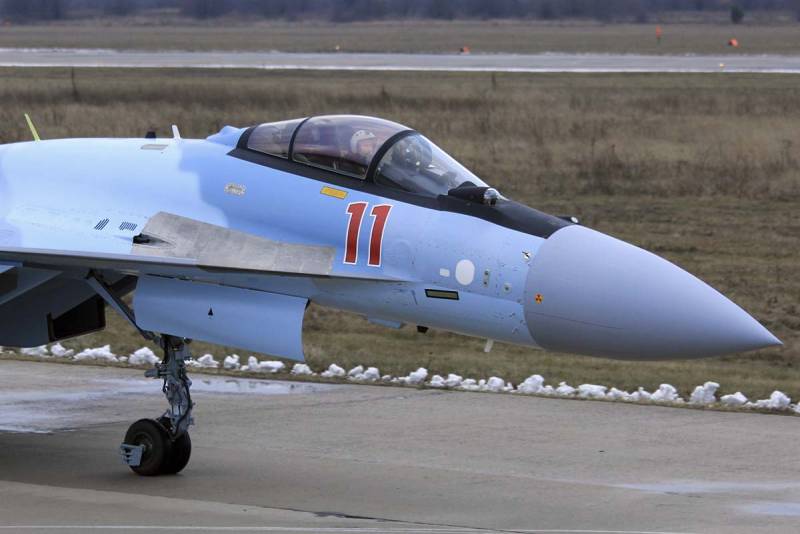 Russia and Iran are apparently going to conclude an agreement according to which 64 Su-35 fighter jets (24 of them were previously operated in Egypt), two divisions of S-400 anti-aircraft missile systems, and a military satellite will be delivered to Tehran.


According to the Defense Arab resource, the deal will amount to about $10 billion. 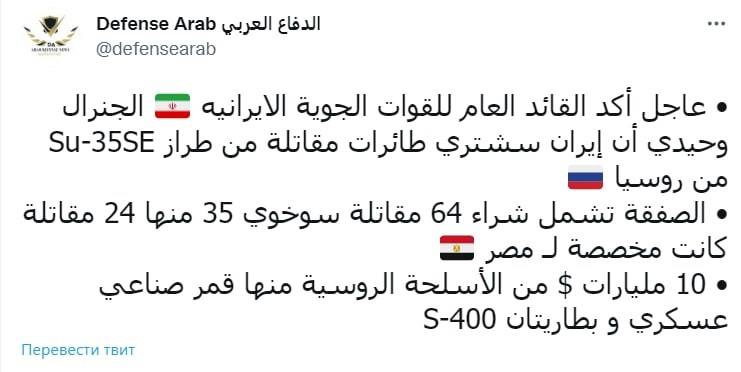 The strengthening of Iran's defense capability is taking place against the backdrop of worsening relations between Tehran and Tel Aviv. So, the day before, Israeli President Yitzhak Herzog, during a visit to Germany, accused Iran of threatening the world order and of wanting to destroy the Jewish state.

Meanwhile, on August 31, during a press conference by Russian Foreign Minister Sergei Lavrov and his Iranian counterpart Hossein Amir Abdollahian in Moscow, the parties expressed their intention to sign a permanent agreement on cooperation between Iran and the EAEU. In addition, the heads of diplomatic departments agreed that the attempts of the collective West to replace international legal norms with a "rules-based order" is unacceptable.

Along with this, at a meeting of representatives of Russia and Iran, the issue of the latter's accession to the Shanghai Cooperation Organization was discussed. It is expected that a memorandum on Iran's full membership in the SCO will be signed in Samarkand this month.
Reporterin Yandex News
Reporterin Yandex Zen
15 comments
Information
Dear reader, to leave comments on the publication, you must sign in.