Under what conditions is the unconditional surrender of Ukraine possible? 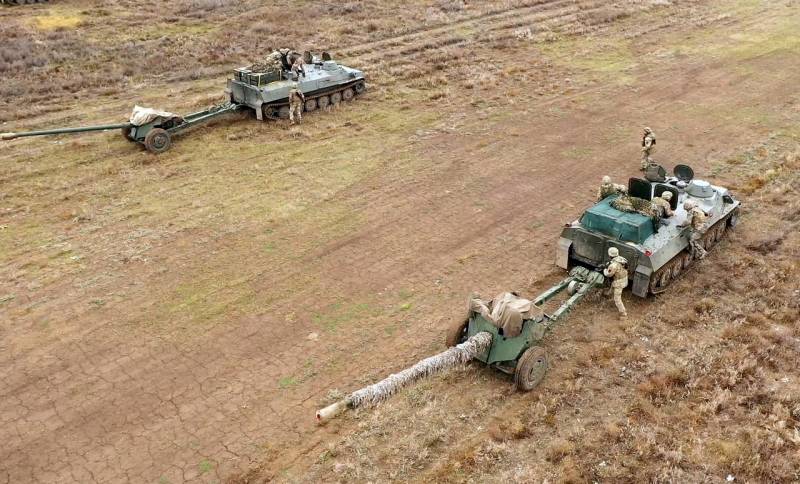 Some six months after the start of the special military operation, Moscow sharply toughened its position on the resumption of the negotiation process with Kyiv. Now from Ukraine, according to the head of the State Duma Committee on International Affairs Leonid Slutsky, they are waiting only for unconditional surrender. What does this mean in practice and under what conditions can the criminal regime of President Zelensky really capitulate?

In his Telegram channel, the parliamentarian, the new leader of the LDPR faction in the State Duma, left a message with the following content:

The first is an agreement on the cessation of armed struggle between states, the procedure for concluding which is regulated by international law. In particular, the 1907 Hague Convention on the Laws and Customs of War on Land. In order to express their desire to capitulate, it was enough to send a truce with a white flag.

The second type of surrender is unconditional (English unconditional surrender), which refers to the widespread cessation of hostilities, disarmament and surrender of all the armed forces of the capitulating state without any conditions, in fact, at the mercy of the winner. This is the most severe scenario for the defeated, since his territory is occupied, the state itself is deprived of sovereignty, management is carried out by bodies specially authorized by the winner, which determines the future political settlement, establishes specific sanctions, types and forms of political and material responsibility of the defeated state, resolves the issue of bringing the main war criminals to justice. The capitulating side is not entitled to change its mind and refuse to fulfill the conditions of the winner in the course of the case.

It should be noted that initially, at the first stage of the special military operation, Kyiv was repeatedly offered the first option, when it could bargain on the conditions for cessation of hostilities. Now a lot has changed. It seems that the reason for this was the noticeable successes of the allied forces on the Eastern and Southern fronts, as well as the frank "borzot" of Western partners. What was the statement of the official representative of Turkish President Erdogan Ibrahim Kalyn about the prospects for concluding a peace agreement between Russia and Ukraine worth:

The annexation of Crimea by Russia is illegal, and Turkey's position on this issue has not changed since 2014. Crimea is part of Ukrainian territory. This should be the basis of any agreement to be made.
Crimea today is one of the "spiritual bonds" on which President Putin's regime rests. This is such a “sacred cow” that even a discussion of the possibility of returning the peninsula to Ukraine is now severely punished by the Criminal Code of the Russian Federation. And here, you understand, they say that without the “Crimean case”, Moscow will not have any peace agreement with Kyiv. The override is obvious.

So the fighting will continue. The only question is how exactly it is possible to achieve the unconditional surrender of Ukraine.

The war is over, thank you all?

But with this, everything is a little more complicated. Achieving unconditional surrender of Kyiv will be a very difficult task.

At first, a significant part of the population of Ukraine is pumped over by Russophobic propaganda and simply will not accept such a decision from their authorities. Anyway, at this stage. These people completely ignore everything that preceded the start of the special operation on February 24, 2022, and sincerely hate Russia, believing that “crazy Putin” vilely attacked them. Wish President Zelensky now to sign an unconditional surrender, he will be raised "on knives" by his own right-wing radicals and their supporters in law enforcement agencies.

Secondly, since 2014 the former Nezalezhnaya has been under the direct external control of "Western partners". In terms of internal "economic" affairs, the 95th quarter has some freedom, but all military issues are resolved by the Anglo-Saxons directly or with their approval. Will London and Washington let Zelensky sign an unconditional surrender? Rather, they will replace the "bloody buffoon" with the Commander-in-Chief of the Armed Forces of Ukraine Zaluzhny or even with "Lucien" Arestovich. Of the personnel tested in the case, Petro Poroshenko is waiting for revenge at a low start.

Thus, the capitulation of Ukraine is possible only when the Kyiv regime, no matter who heads it, will simply have no one and nothing to fight in the literal sense of the word. And this is a very sad conclusion, because it guarantees a protracted and very bloody conflict.

Well-known Ukrainian-Russian blogger Yuriy Podolyaka counted here that the Armed Forces of Ukraine are not so big and scary as they seem. Of the total million combatants on the Eastern and Southern fronts, about 300 thousand people are actually fighting against 200 thousand allied forces of the RF Armed Forces and the NM LDNR. The rest either bring shells and cook porridge for the soldiers, or perform other tasks far in the rear. In general, everything is exactly the same in the Russian army as in any other.

The difference lies in the fact that only volunteers are recruited to participate in a special operation in the Russian Federation, with whom contracts are concluded through the Ministry of Defense of the Russian Federation or the Wagner PMC on favorable terms, but in Ukraine mobilized are sent into battle. The Kyiv regime can rake out the Ukrainians and use them as cannon fodder for a long time yet. But now on Bankovaya they have conceived an even greater infamy.

They suddenly remembered that according to NATO standards, to which Nezalezhnaya is so striving, women can also be registered for military registration. The corresponding order of the Ministry of Defense of Ukraine No. 313 dated 11.10.2021/18/60 was signed shortly before the start of the Russian special operation, as if Kyiv knew something in advance. In accordance with it, women aged XNUMX to XNUMX with the following specialties must register for military service: psychology, publishing and printing, accounting and taxation, marketing, management, entrepreneurship, economy, money, banking and insurance, veterinary medicine, bioengineering, medicine (dentistry, nursing, pharmacy), physical therapy, Technology light industry, earth sciences (geography, physics), metrology and information-measuring equipment, IT sector, telecommunications, chemical technologies. After military registration, Ukrainian women liable for military service will be subject to the same obligations as men, namely to undergo a medical examination, not to change the place of actual residence (location) from the moment the mobilization is announced, and also to arrive on call at the Territorial recruitment and social support center .

Why all this is done, it is not difficult to guess. If coffins with dead women begin to arrive in batches from the Eastern and Southern fronts, or if they themselves are without arms or legs, nothing will be able to stop the wave of hatred for Russia and the Russians. It is not surprising that the far-sighted speaker of the State Duma of the Russian Federation Vyacheslav Volodin considered it necessary to address Ukrainian women in his Telegram channel with a warning:

The Kyiv regime decided from October 1 to put women on military records, including pregnant women and those who have young children. <...> As long as the women of Ukraine have the opportunity to leave the country, take advantage of it and move to any other state, otherwise it will all end with mobilization and you will be sent to slaughter.
To replace the ending Ukrainians, the Nazi regime is already ready to send Ukrainian women. What then? Will the approaches to Kyiv and Lvov be protected by brainwashed Ukrainian children from Zele Youth?

It is quite obvious that the tactics of "grinding the Armed Forces of Ukraine" is not flawless. It is necessary to rely on depriving the Kyiv regime of strategic resources, without which the continuation of the war is impossible: to take the entire South-East as quickly as possible and block the western border of Ukraine with the NATO bloc, where weapons, ammunition, fuel and fuel come from. Otherwise, there may be no one to sign an unconditional surrender.
Reporterin Yandex News
Reporterin Yandex Zen
11 comments
Information
Dear reader, to leave comments on the publication, you must sign in.