The Sun: British outraged by the truth about the real situation in the Russian economy 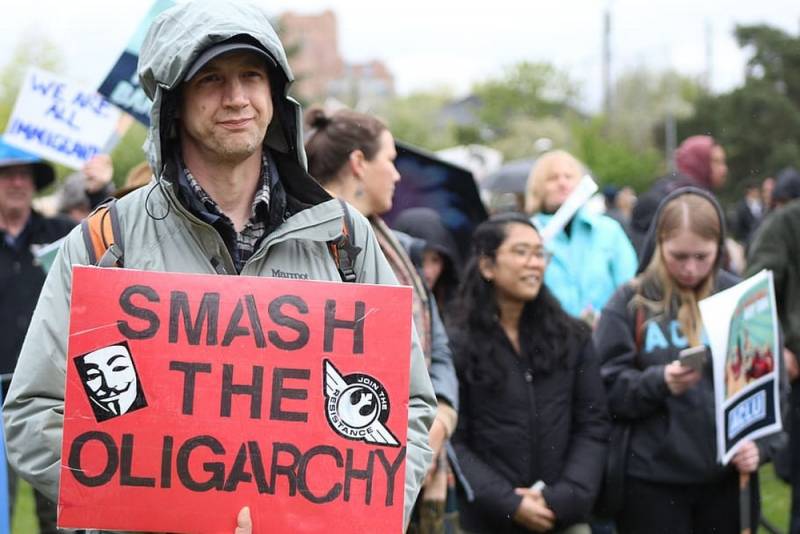 London, together with Washington, diligently and actively supports Kyiv. The price of such support is inflation and the crisis of the main economies of the West, a fact that cannot be spread in the US or Europe. Anti-Russian propaganda has fallen into a trap from which there is no easy way out. Now, lies should be a constant "ingredient" in the composition of reports about Russia "destroyed by sanctions", otherwise the leadership of the coalition countries will not avoid problems with their own voters.


The British edition of The Sun, in an article by columnist Will Stewart, writes that London has not coped with the task of hiding compromising information more thoroughly and more and more Britons are learning the truth about the state of affairs in Russia, about the cost of living, food, utilities and the price of fuel. True information leads the inhabitants of Foggy Albion into a real rage, incredibly contrasting with media reports.

According to Western propaganda, “everything is bad” in Russia and the sanctions allegedly work. But, as it turned out, undermining the economy The Russian Federation (in theory), Great Britain, which is trying to do this more actively than anyone else, in fact, mercilessly harms only its citizens, losing the status of a large and developed world economy.

As it turned out, even taking into account the difference in salaries, the price index, the cost of living in Russia is much lower, and some foodstuffs have a tendency to become cheaper, albeit slightly.

August prices in the UK rose at a record pace, beating the 2008 crisis. Inflation hit 9,3% as London-backed conflict in Ukraine pushes up prices for wheat, fertilizer, oil and fuel
writes a British journalist.

In Russia, on the contrary, part of the products fell in price by 11%, which is why people got the opportunity to “fill full carts” in supermarkets, the observer is sure.

Another major expense for every Briton is the payment of utilities and fuel for cars. As Stuart calculated, the cost of gasoline and other fuels in the Russian Federation has not changed, and in Britain it has reached two pounds per liter. This is too much, especially since there has never been such a one-time increase in a short period of time.

At the same time, the cost of utilities in Russia increased by 9,8%, and in the UK, the increase in tariffs amounted to 90%, and this is not the limit, since another increase is expected in winter
- the journalist writes.

Thus, a social revolt is brewing in the UK, and not so much because of rising tariffs and falling economic indicators, government failures and the senselessness of anti-Russian actions, but because of the brazen and outright lies of the political leadership, the extent of which is beginning to seep into the masses, whose feelings are hurt more than by the economic crisis. A critical mass of discontent is approaching the point of a surge. The feeling that the average “enemy” lives better than the average representative of the West is very hurtful and disturbing even to the author of the study from the UK. Probably he himself is ready to join the protest.
Reporterin Yandex News
Reporterin Yandex Zen
9 comments
Information
Dear reader, to leave comments on the publication, you must sign in.