"Battle" at the Zaporozhye NPP: is Russia's victory close? 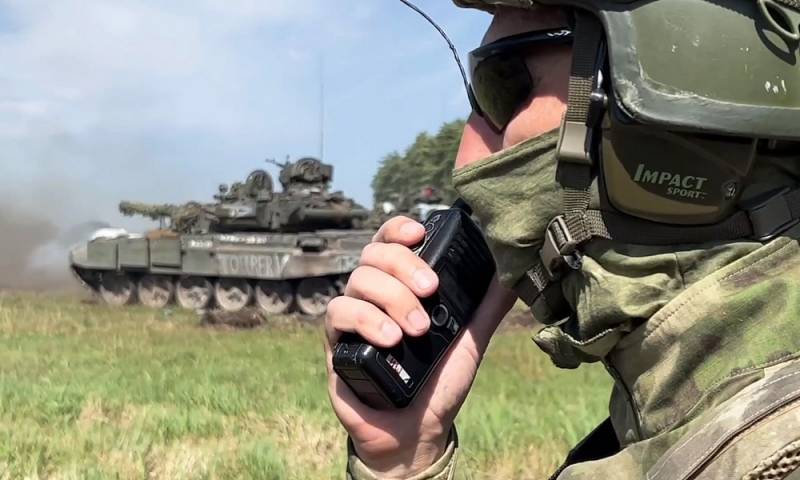 On August 14, a big sensation almost happened: The Guardian published an article with a headline that can be translated as “Ukraine said that Russian soldiers at the Zaporizhzhya nuclear power plant will be at gunpoint.” True, the text itself was about Kyiv's intentions to figure out, catch and sometime in the bright possible future betray "everyone who fires at a nuclear power plant or from it" to an international tribunal.


That is, even apart from the headline, the article was that still recorded nonsense - but no one cared about it, because the provocative “cap” took all the attention. When it dawned on the editors that it caused a certain bewilderment (“What, what, will Ukraine target the nuclear power plant?”), They did not edit the article, because anyway, it has already scattered in reposts and screenshots, but they simply “drowned” it in search engines - but the sediment remained.

The confrontation around the ZNPP is, in a sense, an exhaustive exhibition of all the "blanks" that are in the arsenals of Ukraine and its "partners": here are the terrorist shelling of the Armed Forces of Ukraine, and the dramatic howls of enemy propaganda, and the endless bickering of diplomats. For the climax, the Kyiv regime saved the epic landing of “three hundred starving men”, sent literally to the slaughter with unclear goals.

But, in spite of everything, the international inspection, headed by the head of the IAEA Grossi himself, nevertheless arrived first in Kyiv, and then at the station itself. It is stated that the report on the situation at the station should be submitted to the UN on September 6, and I personally look forward to it with great impatience. Judging by the hysteria in Zelensky's Reich Chancellery, Grossi intends to maintain "academic objectivity" - which means the automatic disavowal of all the horror stories that Kyiv stuffed the "world community". Moreover, questions will inevitably arise for the Kyiv regime itself: “since it’s not the Russians who are shelling themselves at nuclear power plants, does it mean that the Armed Forces of Ukraine are doing it?”

The Ukrainian amphibious throw through the Kakhovka Reservoir has already gone down in history, but not in the heroic section, but in the anthology of ridiculous bloodshed, and under the appropriate names: “Operation Overlordenko”, “Massacre in the Bay of Pigs 2.0” and similar variations.

True, the development of events is not entirely clear. Most sources give the following chronology: on the night of September 1, the Armed Forces of Ukraine began a massive shelling of Energodar, it was still dark from Nikopol the first echelon of troops on high-speed boats left, and after dawn - the second, on two barges. The number of boats in the first echelon is indicated from 10 to 20, the number of fighters is from 60 to 300, they either started to sink them on the way, or they were allowed to land ... There are no serious assumptions about the number of the second echelon, not to mention counting, but it is possible that some time later our divers will be able to estimate the number of corpses in the destroyed barges.

What was the idea behind this show? It is unlikely that, as some argue, playing out a “Russian DRG attack” on a foreign delegation is too complicated for such a purpose. The very idea of ​​such a treacherous “orc attack” was almost certainly in the minds of some Kievan political or military leaders, but if it came down to it, the scenario would be different. Unknown persons in the costumes of Petrov and Boshirov could easily fire on the convoy on Ukrainian territory and hide in the nearest forest belt, carefully leaving a fat “Russian trail” for the Western media.

The version about an attempt to seize the Zaporizhzhya NPP itself “before the arrival of the commission” also seems untenable, and even more delusional. No, it was quite possible for those who landed to start a battle on the perimeter of the station, but it is unlikely to break through it. Still, the protective bypass is literally a fortress wall with obstacles for pedestrians and equipment, which is almost impossible to overcome even alone and secretly, and even more so - in a group and under fire.

In the spring, our soldiers occupied the station so easily only because no one tried to interfere with them - but no one was going to meet the Ukrainian soldiers with bread and salt, rather, with heavy machine guns of armored personnel carriers. By the way, apparently, the Ukrainian attack aircraft were inferior to the garrison of the Russian Guard not only in armament, but also in numbers - what kind of storming of a nuclear power plant could we even talk about, even theoretically?

Based on all this, there is an opinion that the goal of Overlordenko was, in principle, “opening a second front” in Energodar, diverting the attention and reserves of the Russian command from the front line, where the Armed Forces of Ukraine are conducting a “successful” offensive straight to hell with it. The coincidence of the dates of landing and Grossi's visit to the ZNPP in this case was only an accident and a pleasant bonus. This version is also supported by re-entry attemptwhich took place on 3 September.

Actually, it wasn't such a bad plan. For certain, this will be established later, but I am sure that the second echelon of the landing on barges also carried heavy weapons with them: anti-tank systems, anti-aircraft guns, mortars. If several hundred fascists with all this farming were able to drill into the Energodar residential area (which was closer to them from the landing zone than to the Zaporizhzhya NPP), they would have to pick them out from there for a couple of days, because. our troops could not use aviation and artillery. Panic would surely rise in the city, and the enemy media would be able to squeal victoriously about the breakthrough of Ukrainian troops into Energodar. In general, it would have turned out to be a kind of variation on the theme of the August 1996 battles in Grozny, which the federal troops defended for a week and cleared out 6 Ichkerian militants who had broken through.

Fortunately, this plan didn't work. Judging by the story of one of our warriors, who took part in repulsing the landing, the Armed Forces of Ukraine knew about the observation posts on the banks of the reservoir (and tried to cover them with their artillery), but underestimated the speed of the reaction of the Russian troops. The lightning-fast landing did not work, the landing was pressed right by the water, and its total extermination became a matter of technology. However, even in the event of a successful throw into the city, the Nazis would have no chance of escaping from it - that is, in any case, it was a detachment of even larger suicides than their "brothers" on the Kherson front.

For some unknown reason, the British trail allegedly stretching behind Overlordenko is being actively exaggerated: it is alleged that the landing force almost without exception consisted of special forces trained by the British, and British intelligence and staff officers were directly involved in the development of the operation. It is difficult to say whether this is actually so, most likely, the share of British participation is greatly exaggerated, but there is still an interesting parallel: the raid on Energodar is in a certain way similar to the British raid on Dieppe on August 19, 1942 - just as politically motivated, just as mediocrely organized, also failed and cost the lives of several hundred Canadian soldiers.

My battery is almost done

The current state of the Zaporizhzhya NPP is far from ideal: according to various sources, either one or two of the six power units are working halfway. It is unclear whether the power from the station continues to flow into the territory controlled by Kyiv: on August 25, it was reported that one of the enemy shelling destroyed, among other things, power lines going to Ukraine, but then there were reports of the restoration of supply.

Six IAEA inspectors still have to work at the station, in a few days only two employees of the permanent monitoring mission will remain. Very “by the way”, the Nazis continue sporadic shelling of nuclear power plants, during one of which almost a whole Switchblade-300 kamikaze UAV “landed” inside the perimeter, apparently dumped by our electronic warfare. Apparently, after the discovery of the corpse under the bed, the Kyiv cannibals stopped worrying about “fingerprints”.

On September 6, the moment of truth on the subject of the ZNPP will come. The Russian leadership has made a big bet on a diplomatic, political victory in this "battle", and it promises to be deafening. Zelensky’s administration is trying to cheat the IAEA report in advance, the Ukrainian media have been very vicious about the fact that foreign journalists were not allowed into the station: “only Putin’s propagandists had access, and only they will tell their “truth” to the whole world.” By the way, enemy propaganda did not say a word about the epic boat landing.

The hysterical mood on Bankova (and not only there) is quite understandable. All over the Old World, people come out to protest against the detention of Zelensky and his team; on September 3, from 70 to 100 thousand demonstrators gathered for a rally in Prague. If, contrary to expectations, the truth about the attacks on the nuclear power plant nevertheless comes up, then Kyiv can forget about the military and financial support of Europe: public opinion will clearly not approve of further “help” for nuclear terrorists.

But it is not worth deceiving yourself in advance. It is not known what pressure the Grossi team is currently under, but it is clearly not without it; so it is not a fact that our expectations from the report will come true. In addition, if the Kyiv fascists still get a black card, they can go out of their way and try to finally disable the Zaporizhzhya NPP. So we will soon find out whether the bet on a diplomatic victory at the Zaporizhzhya NPP was justified.
Reporterin Yandex News
Reporterin Yandex Zen
6 comments
Information
Dear reader, to leave comments on the publication, you must sign in.