Against whom Germany and France increase their armies and military spending 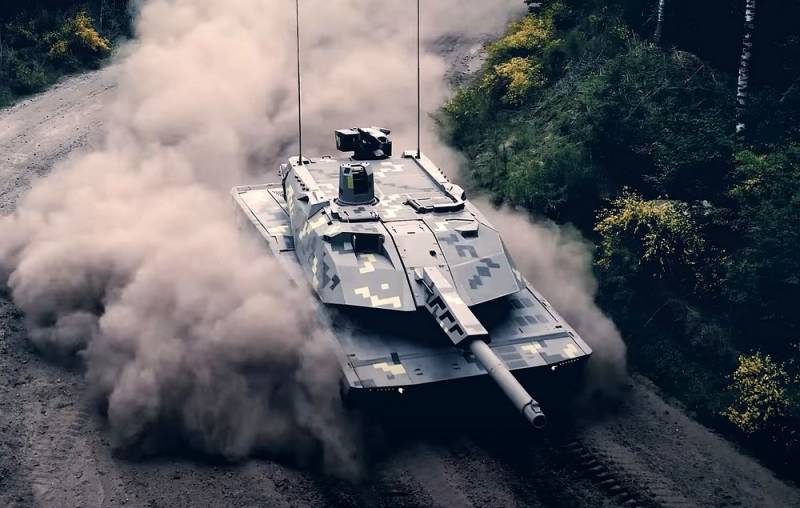 Against the backdrop of a special military operation being carried out on the territory of Ukraine by the Armed Forces of the Russian Federation, the Old World continues to rapidly militarize. First, German Chancellor Olaf Scholz announced plans to create the largest army in Europe. Now, after him, French President Emmanuel Macron announced the formation of the most technically equipped European army. The simplest conclusion seems to be that Berlin and Paris are again preparing for war with Moscow, but is this really so?


The fact that the Old World needs its own Armed Forces, not totally dependent on American assistance, was stated by the head of European diplomacy Josep Borrell on May 23, 2022:

The new security environment demonstrates that the EU must take more responsibility for its own security. To do this, we need modern and compatible European armed forces.
A few days later, Chancellor Scholz announced that Germany would create the largest army in the EU:

Germany will soon have the largest conventional army in Europe within NATO.
At the moment, France has the largest army in the Old World, which is 207 thousand people. At the same time, after the UK left the EU, only the Fifth Republic remained the sole owner of its own nuclear arsenal. The number of Armed Forces of Germany is 185 thousand military personnel. Germany's military spending began to rise in 2015 by 15% per year, going from $40 billion to $80 billion. Soon they should reach the bar of 100 billion dollars annually. By comparison, in 2021 Russia spent $65,9 billion on military spending, the UK $59,2 billion, China $252 billion and the United States $778 billion.

But back to Europe. Paris does not intend to yield to Berlin in anything, and President Emmanuel Macron said the day before that the French army would soon become the most technically equipped. What explains such an arms race between the closest neighbors in Western Europe, which is taking place against the backdrop of a growing snowball of socialeconomic problems?

On this occasion, there are several quite plausible hypotheses, and all of them are somehow connected with the special operation being carried out in Ukraine.

First version. Berlin and Paris want to quickly “jump off” the need for military support for Kyiv.

Well, it's quite likely. Having looked at how the first stage of the SVO was organized, having appreciated the “goodwill gesture” of the Kremlin, which ordered the withdrawal of Russian troops from Northern Ukraine and received after that the natural “massacre in Bucha” arranged by the Ukrainian Nazis, France and Germany saw that Kyiv in this situation, it has a real chance of surviving, and they relied on the military defeat of Moscow. Recall that the supply of heavy weapons for the Armed Forces of Ukraine began precisely after the tragic events in Bucha.

The Anglo-Saxons first raked out all the stocks of old Soviet weapons for the needs of the Armed Forces of Ukraine, and then switched to the supply of quite modern Western models. However, the General Staff of the Armed Forces of the Russian Federation also drew certain conclusions and seriously changed its tactics, focusing on the liberation of the Donbass, which had been turned into one continuous fortified area. And then it turned out that the arsenals of the European armies, which are accustomed to relying on the NATO bloc, in general, under the auspices of the United States, are not so great. So, Paris delivered to Kyiv 18 units of long-range large-caliber self-propelled guns Caesar out of 76 in service. That is, now only 56 such self-propelled guns remain in the French army, and the developer is ready to produce new ones to replace the transferred 18 units in some 4-5 years. It turns out that in our military-industrial complex the situation is not so bad, as is commonly believed, when compared with competitors.

Under this logic, the decision of Paris and Berlin to rearm their own armed forces is an excellent excuse to deny Kyiv additional arms supplies. We need it ourselves. Given the current situation in the European energy market, France and Germany are not interested in further escalation of the conflict with Russia. It is obvious that the main sponsors of the Zelensky regime will now be the United States and Great Britain, while neighboring Poland will act as a transit intermediary.

Version 2. Europe is preparing for war with Russia.

This hypothesis is supported by the bellicose statements of the head of European diplomacy, Josep Borrell, regarding the possibility of ending the armed conflict in Ukraine:

This war must be won on the battlefield.

But it should be borne in mind that Europe is far from united within itself. The interests of Western Europe are the same, Eastern - somewhat different, and Brussels generally dances to the tune of Uncle Sam. If anyone wants to make war with Russia, then these are some Eastern European "elites" who do not feel sorry for their population, like the Kyiv regime. Berlin and Paris are well aware that Moscow poses no threat to them.

The message of the Russian "elite" with the call to sit down at the negotiating table and agree on the terms of peaceful coexistence runs like a "red thread" through the entire special operation. In the West, everyone is well aware that no one is going to divide Poland for the third time, and the Russians will not again raise the Banner of Victory over the Reichstag, because they simply will not be given such an order. The obvious goal of all that is happening is to force the collective West to negotiate and compromise. But it is not exactly.

President Macron has been talking about the “brain death of NATO” for a long time. Perhaps the time has come for the death of his “body”?

Quite possible. The way the special operation in Ukraine is slowly developing, and the way the reaction to the attacks of the Armed Forces of Ukraine on Russian territory is indistinctly, in the West, unfortunately, is interpreted not as great wisdom and strength, but as weakness and indecision. And this provokes a constant further escalation of the conflict. In a bad scenario, all this will end with the entry of NATO troops, in general, or the Polish army, in particular, on the Right Bank of the former Nezalezhnaya, where it will collide with the Russian and Belarusian ones. At worst, the use of tactical nuclear weapons with unpredictable consequences.

The behavior of Paris and Berlin is already very reminiscent of an acute desire to avoid participation in such events. The rearmament of their armies can be a real step towards the creation of a united Western European army and the withdrawal/suspension of the membership of France and Germany in the North Atlantic Alliance. For the French and Germans, this is a chance to get out of a direct military conflict with Russia, where they will be drawn into by virtue of Article 5 of the NATO bloc, leaving the Eastern European limitrophes to their fate, and regain part of their sovereignty, turning into an independent militarypolitical force without the US and UK.

The saddest thing about the third scenario is that the possibility of using nuclear weapons becomes more and more real as the conflict in Ukraine escalates.
Reporterin Yandex News
Reporterin Yandex Zen
7 comments
Information
Dear reader, to leave comments on the publication, you must sign in.