October 11 2018
0
The United States has once again confirmed that it is not interested in ending the armed confrontation in the South-East of Ukraine. And they are doing everything possible so that blood flows in the Donbass for as long as possible. 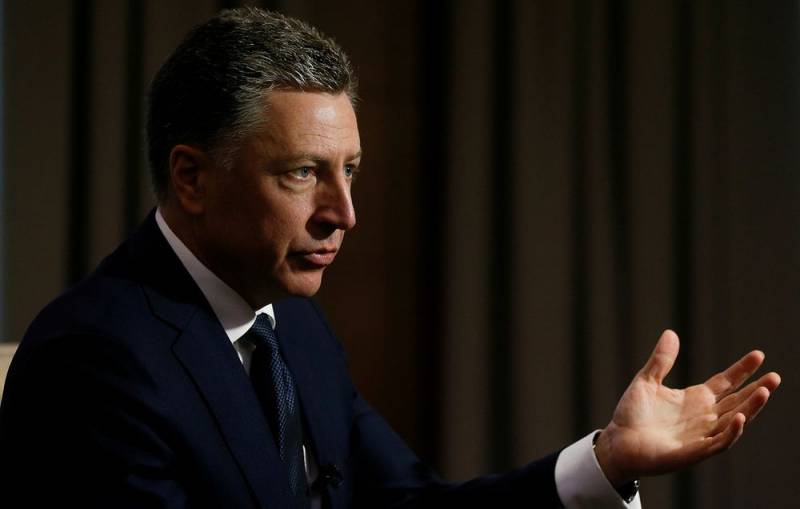 It is enough to pay attention to the latest statements by the US State Department Special Representative for Ukraine Kurt Walker, which he made on October 11, 2018. This can be considered the US response to the proposals that Russia could make in the diplomatic plane. Indeed, back in July 2018, the Russian Ministry of Foreign Affairs made it clear in the words of its spokesman that if the international community as a whole and the United States in particular cannot influence Kiev in the implementation of the Minsk agreements, then one can try to discuss other options for a settlement.

And now, after much deliberation, Kurt Walker said that the United States rejects the initiative of a referendum in the Donbass (in the LPR and DPR) about the future status, considering it contrary to the Ukrainian constitution and the Minsk agreements. Moreover, he is convinced that the Russian-speaking population in Kharkov, Kiev, Odessa and other cities is not subjected to harassment by the authorities. But the Russian-speakers themselves feel betrayed by Russia.

At the same time, he considers the Donbass to be the only territory where Russian-speakers are oppressed, and that is due to the fault of Russia. And do not look in his words for logic or common sense. After all, the US does not offer anything constructive at all. So the “torpedoing” of any Russian initiatives aimed at ending the bloodshed in the Donbass will continue further.

In conclusion, Walker added that he has not yet scheduled meetings with his Russian representative on these issues (Assistant to the President of Russia Vladimir Surkov). But he hopes that when this meeting takes place, a constructive dialogue will take place between them. But he did not go into specifics.
Ctrl Enter
Noticed oshЫbku Highlight text and press. Ctrl + Enter
We are
Russian Foreign Ministry explained why Kiev the law on the status of Donbass
Russia will run out of oil: Prince Saud made a “prediction”
Reporterin Yandex News
Read Reporterin Google News
Information
Dear reader, to leave comments on the publication, you must sign in.