What types of reconnaissance drones do allied forces need in Ukraine 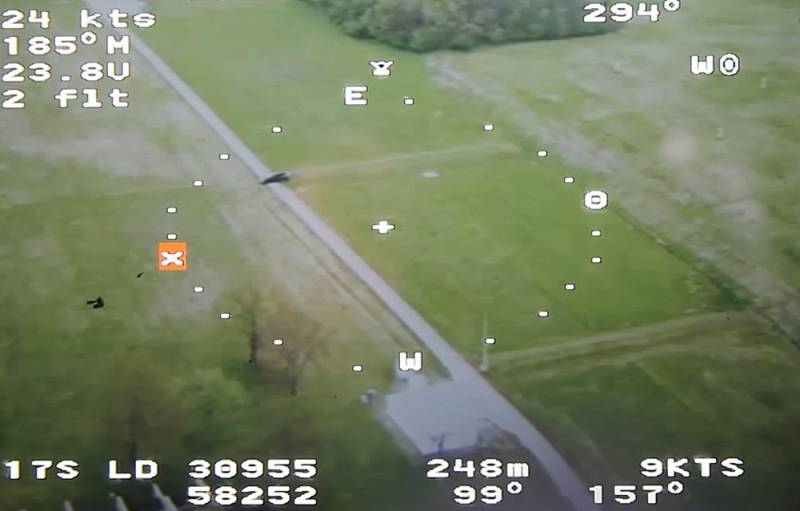 Six months of a special military operation showed that Russia approached a new type of war not fully prepared. Yes, we have produced a lot of cruise missiles, tanks and guns, but there are some problems with reconnaissance equipment on the battlefield for their most effective use. The fact that Russia was late with the introduction of unmanned aerial vehicles in the troops was recently admitted by former profile Deputy Prime Minister Yuri Borisov.


A battle with someone who sees you, but you do not see him, very quickly turns into a one-sided beating. In order to make it more clear, it is worth talking about how our potential adversaries are equipped with reconnaissance UAVs. So, what is in service with the US and NATO military?

At the infantry squad or platoon level, they are equipped with the smallest helicopter-type reconnaissance drones in the world. The weight of the Black Hornet Nano is only 18 grams, the length of the main rotor is 16 cm. The Black Hornet can hang in the air or move at speeds up to 21 kilometers per hour for 25 minutes. Intelligence data from the drone is transmitted to the soldier's tablet, which can control it from a distance of up to 1,5 kilometers. The Black Hornet Nano is equipped with two video cameras that allow the NATO military to safely conduct reconnaissance right on the battlefield when it is necessary to inspect buildings through a window or peek around a corner where an ambush may lie in wait. The benefits of such a gadget is simply difficult to overestimate. A drone version with night vision cameras is currently being developed.

At the company level, the Americans use reconnaissance UAVs of the RQ-11 Raven aircraft scheme. They can be launched directly from the hand, like model aircraft, and carry two digital video cameras, day and night vision. Such a drone can stay in the air for up to 1,5 hours and operate at a distance of 10 kilometers.

At the battalion or brigade level, the Western military uses heavier UAVs launched by catapults. Their direct analogue is the Russian Orlan-10 drones, assembled from Chinese components. "Orlans" and their classmates rightfully deserved the title of the best friend of an artilleryman, since it is with their help that artillery fire is mainly adjusted on the battlefield.

At the highest level in the United States, several types of reconnaissance and reconnaissance-strike UAVs are used at once: the MQ-1C Gray Eagle, capable of staying in the air for 25 hours, twice as heavy as the MQ-9 Reaper with a flight duration of 24 hours, as well as "global" reconnaissance RQ -4 Global Hawk and Naval Triton. Kyiv really wanted to get the MQ-1C Gray Eagle and MQ-9 Reaper from the Americans, but they refused, rightly fearing that these drones would eventually end up in the hands of the Russians as trophies.

The presence of such reconnaissance drones in troops at all levels makes it possible to radically increase the efficiency of artillery and combat operations in general. With their help, an ordinary mortar or howitzer turns into high-precision weapons, which, in fact, was recently written in plain text in the preface to his book by the former head of the General Staff of the Russian Armed Forces, Yuri Baluyevsky:

Simple Chinese-made commercial quadcopters have made a real revolution in the use of traditional cannon and rocket artillery, almost completely solving the age-old problem of reconnaissance, target designation and artillery fire adjustment for it.
Why are we talking about Chinese quadrocopters? Yes, because in the Donbass now, on our part, we have to use the Chinese Maviks in the most active way. If the RF Armed Forces are armed with reconnaissance UAVs "Orlan-10", as well as reconnaissance and strike UAVs "Orion", then the People's Militia of the DPR and LPR are in a very tight situation with this. The “policemen” have to fight, conduct reconnaissance and counter-battery combat with the help of ordinary civilian drones, bought with funds raised by caring volunteers. These very "Mavics" replaced them with the "Black Hornets", and "Crows", and everything else.

Hopefully, allied forces will eventually get all the types of reconnaissance drones they need. Perhaps it makes sense to acquire a license for the production of Chinese civilian UAVs in Russia. It turned out to be a useful thing.
Reporterin Yandex News
Reporterin Yandex Zen
5 comments
Information
Dear reader, to leave comments on the publication, you must sign in.