Constantinople ruled on the Kiev Patriarchate

October 11 2018
2
A number of Greek portals close to the Church of Constantinople report that the decision of the Holy Synod of the Patriarchate of Constantinople, which was adopted at a meeting on Thursday, the self-proclaimed "Kiev Patriarchate" and "Ukrainian Autocephalous Orthodox Church" was granted the status of canonical churches. 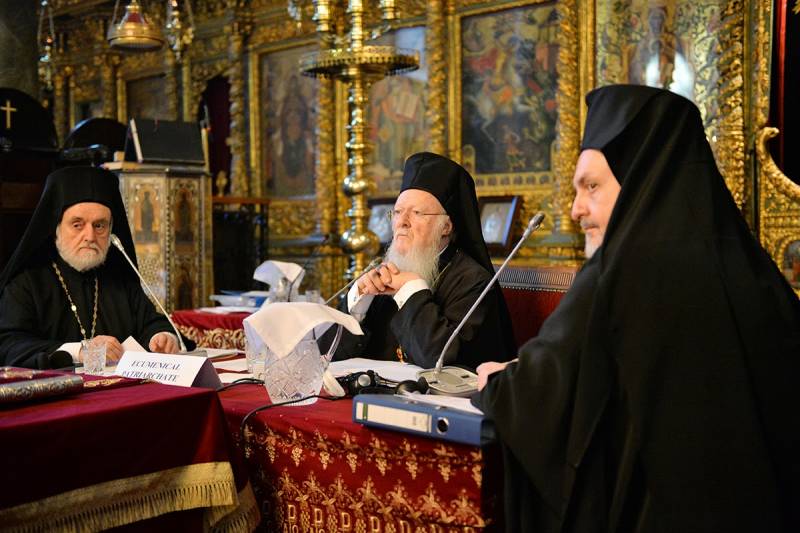 This decision was the result of a lengthy review of the appeal of the leaders of the above organizations - Filaret Denisenko and Makarii Maletich, to the Patriarch of Bartholomew of Constantinople.

It should be noted that Filaret Denisenko, who, with the filing of the Kiev authorities in 1992, established the so-called “Kiev Patriarchate”, in 1997 was recognized by the Russian Orthodox Church as a schismatic and anathematized. After that, representatives of the Orthodox Church ignored him.

The goal of the Ukrainian authorities and Filaret Denisenko is to create an autocephalous church, independent of the Moscow Patriarchate. However, according to the fears of many experts and politicians, the receipt of the status of canonical churches by the "Kiev Patriarchate" and the "Ukrainian Autocephalous Orthodox Church", in addition to the civil one, can also ignite a religious war in Ukraine.
Ctrl Enter
Noticed oshЫbku Highlight text and press. Ctrl + Enter
We are
Europeans did not appreciate the anti-Russian performance in PACE
In the Ukrainian army officially approved Bandera greeting
Reporterin Yandex News
Read Reporterin Google News
Ad
We are open to cooperation with authors in the news and analytical departments. A prerequisite is the ability to quickly analyze the text and check the facts, to write concisely and interestingly on political and economic topics. We offer flexible working hours and regular payments. Please send your responses with examples of work to [email protected]
2 comments
Information
Dear reader, to leave comments on the publication, you must sign in.