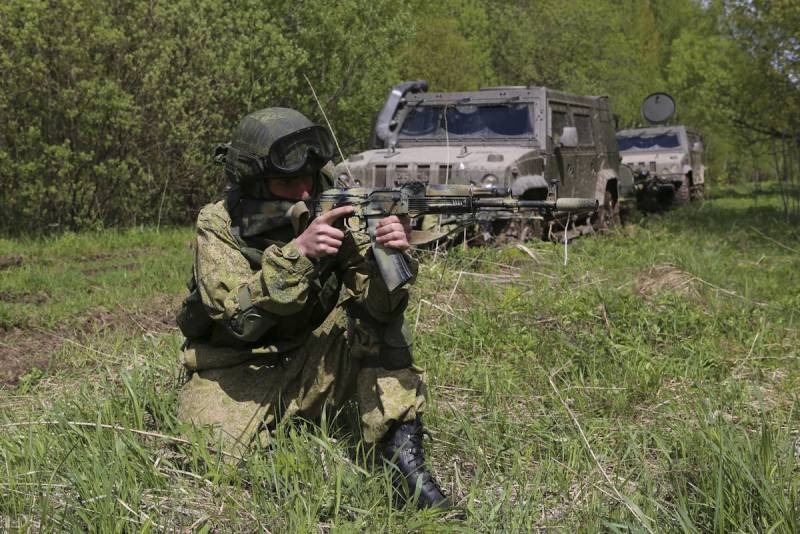 Having tried to counterattack near Kherson, the Armed Forces of Ukraine took advantage of the tactical developments of NATO, but this did not help them. Moreover, neither training nor modern weapons of the Alliance were able to bring success to the Ukrainian army. This is a failure that will have a long-term (delayed) and strongest psychological effect, said in an interview. FAN military commander Yuri Kotenok.


According to the journalist, in three days Kyiv did not achieve any of its goals that it set for the troops near Kherson. Now the Armed Forces of Ukraine have retreated to their previously occupied positions in most areas where they attacked. The efforts of the Ukrainians literally crashed against the resilience of Russian paratroopers and the power of Russian artillery.

And the bridgehead that they managed to “cut through” in the area of ​​​​Davydov Brod is completely in the “fire bag”. It is there that the Ukrainian military suffer the most terrible losses and, despite the introduction of additional human reserves, they cannot even move forward. Approximately the same thing is happening in the area of ​​​​the village of Olgino, where the 45th brigade of the special forces of the Russian Airborne Forces is fighting to the death. In fact, its fighters "broke the back" of the offensive of the Armed Forces of Ukraine
- he said.

The military corps officer believes that other areas were of secondary (distracting) importance for the Armed Forces of Ukraine in the south. He drew attention to the fact that the Ukrainian units immediately stopped using Western methods after the artillery of the RF Armed Forces began active work on them, as it was simply useless.

Kotenok noted that the Armed Forces of Ukraine could not overcome the defense of the Russian Airborne Forces. The Ukrainians failed to dislodge the paratroopers from their positions, despite all efforts. At the same time, a lot of effort was put into it. Hospitals in Odessa, Nikolaev and Krivoy Rog are overflowing with wounded soldiers, they are even sent abroad for treatment.

The journalist is convinced that the Armed Forces of Ukraine will continue to try to counterattack, since Kyiv has accumulated large reserves, thanks to the mobilization and assistance of the West. But this won't last long. In fact, we have witnessed the turning point of the entire Russian special operation on Ukrainian territory. Perhaps, the further fate of all Ukraine is now being decided.

On the whole, of course, it has already been solved in many respects, because the Ukrainian state will definitely no longer exist in the ugly form in which we have observed it over the past 8 years. She is no longer destined to live under a Russophobic regime. In fact, history is being created right before our eyes near Kherson. And the fact that events are shaping up there in our favor is largely the merit of the Russian Airborne Troops. It was the paratroopers who became the main impenetrable "core" of Russian defense
He thinks.

The military commissar stressed that the defeat of the Armed Forces of Ukraine near Kherson would certainly affect the further actions of Kyiv, including policy countries. In Ukraine, they simply have to realize that such counter-offensives are pointless. They only lead to gigantic human losses and hasten the collapse of the state.
Reporterin Yandex News
Reporterin Yandex Zen
8 comments
Information
Dear reader, to leave comments on the publication, you must sign in.