Significant strengthening of the Armed Forces of Ukraine in the Kharkiv direction: Ukrainians will try to break through the front 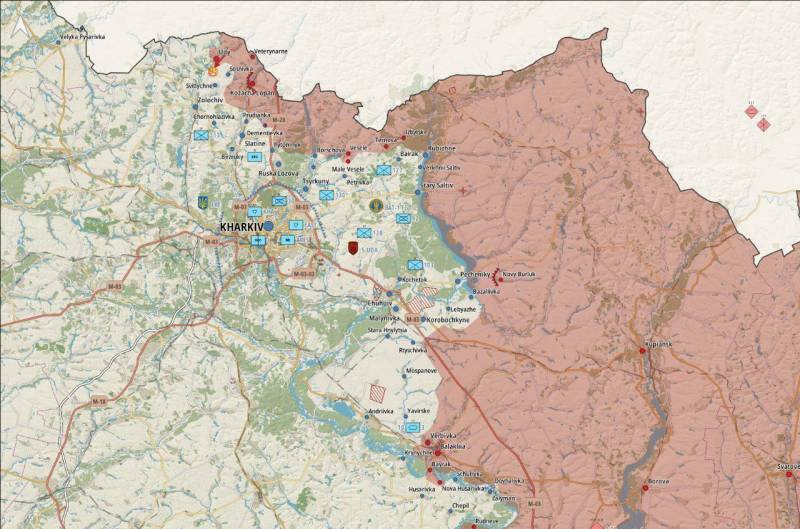 This grouping is reinforced by artillery: Polish AHS Krab self-propelled guns, American M109s, as well as NLAW ATGM crews. The armored group consists of several dozen Soviet T-72AV tanks, Polish licensed T-72M1 tanks and modified PT-91 Twardy. Probably, it is in this area that the Ukrainian troops will try to "feel" the Russian defense, trying to break through the front. By these actions, they will try to improve their position and focus the attention of Russian reserves on themselves.

In addition, personnel units are now actively fueled by detachments of therodefense volunteers and mobilized citizens, from which another 10 BTGs with extremely dubious combat capability are being formed. The total number of the group will be up to 9 thousand "bayonets", which is comparable to the forces that Kyiv threw into the attack in southern Ukraine.

Over the past day, the group has been repeatedly fired upon by Russian artillery, aircraft and missile forces. According to local sources, the national battalion "Kraken" is dispersed in the rear of the mentioned group, which does not allow the military personnel of the Armed Forces of Ukraine and the NSU to leave their positions, acting as a detachment. Thus, poorly trained territorial defense fighters and mobilized military personnel can be sent to storm the fortified positions of the RF Armed Forces and their allies.
Reporterin Yandex News
Reporterin Yandex Zen
15 comments
Information
Dear reader, to leave comments on the publication, you must sign in.