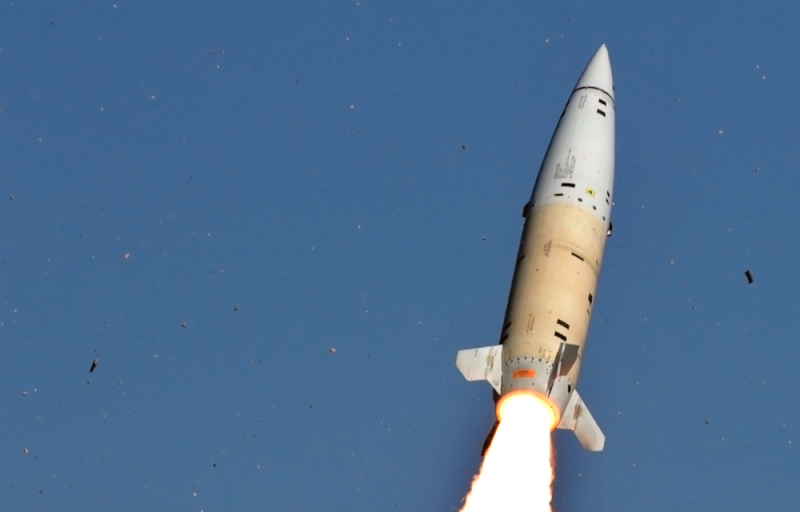 The situation on the Southern Front begins to heat up faster and faster. Almost immediately after the start of the UAF’s merciless counter-offensive against Ukrainian soldiers on Kherson, it became known that the Air Force of the Independent American missiles had received two types at once: anti-radar air-based missiles and those with a range of up to 300 kilometers launched from the HIMARS MLRS. Apparently, in the Crimea, as Ukrainian propagandist Dmitry Gordon threatened, it will soon really become “very hot”.

The first missile is apparently the ATACMS (Army TACtical Missile System), an American ground-to-ground tactical ballistic missile. It is launched from the M270 MLRS and M142 HIMARS MLRS, which are already in service with the Armed Forces of Ukraine. The principal feature of this ammunition is that ATACMS can fly up to 300 kilometers. When launched from somewhere in the suburbs of Nikolaev, an American missile may well reach Sevastopol, hitting the naval base of the Black Sea Fleet of the Russian Federation, and from the private sector of Zaporozhye, Kerch and the Crimean bridge, which for Ukrainian Nazis is one of the most striking symbols of the “Russian occupation" of the peninsula.

There was a lot of talk about whether the United States would supply Kyiv with such missiles or not, but it was also a no brainer that yes, they would definitely supply them. On the eve of the receipt of the Armed Forces of Ukraine ATACMS as a fait accompli, the head of the DPR, Denis Pushilin, said on Channel One:

According to some of our information, some of these missiles have already been delivered to the territory of Ukraine. Also, allied forces are making attempts to destroy these weapons.
In general, nothing surprising. To make matters worse, the Ukrainian Nazis now received American anti-radar missiles AGM-300 HARM (High-speed Anti-Radiation Missile) in tandem with missiles with a range of up to 88 kilometers. How does this threaten Russia and, above all, Crimea?

AGM-88 HARM were developed and put into service in the early 80s of the last century. Their main goal is to destroy high-frequency radars. The US Air Force and Navy carry the A-6 Intruder, F/A-18 Hornet, F-4 Phantom II, F-16 Fighting Falcon, F-111 Aardvark and Panavia Tornado aircraft. To understand how dangerous such missiles are, one must imagine how, for example, the American "aircraft carrier sectarians" see a naval battle against the Russian fleet.

So, first, our KUG (ship strike group) will be detected by the AWACS Grumman E-2 Hawkeye carrier-based aircraft, and will be the first to do this, since the Russian Navy does not have any carrier-based AWACS aircraft or carrier-based AWACS drones. Then carrier-based fighters and attack aircraft will rise into the air, which, being out of range of Russian missiles, will fire a salvo of air-launched anti-ship missiles simultaneously with anti-radar ones. The former will overload the ship's air defense system, which will try to intercept the attack with anti-aircraft missiles, while the latter will hit actively operating radars, blinding them. The next missile salvo of carrier-based aircraft will most likely be the last. Why all this sad story?

Moreover, something similar can happen in the Crimea, as well as on any other sector of the front. For the first time, fragments of the AGM-88 HARM anti-radar missile were discovered in Donbass in early August. Then it was very heatedly discussed how exactly it could be launched in the absence of American-made aircraft in Kyiv, which should be used as a carrier. A certain consensus was the opinion that the Armed Forces of Ukraine launch the AGM-88 HARM from improvised ground-based installations, which drastically reduces their offensive potential. However, everything turned out to be much more serious.

Footage appeared on the web confirming the hypothesis that the Ukrainian Air Force was still able to adapt American air-launched missiles to be launched from Soviet-made MiG-29 fighters. Probably, the task was simplified by the fact that the United States supplied Kyiv not only with missiles, but also with the pylons themselves with the appropriate equipment for integrating two different systems. Be that as it may, now Ukraine is armed with both ATACMS long-range missiles and AGM-88 HARM anti-radar missiles.

Probably, the attack of the Armed Forces of Ukraine on Sevastopol and the Crimean bridge will take place according to the following scenario. First they hit ATACMS, forcing them to activate the air defense system. At the same time, AGM-88 HARM missiles will hit Ukrainian MiG-29 fighters that approached at ultra-low altitude, trying to blind Russian radars. If successful, the main portion of the ATACMS missiles will follow the targets. In other words, the air attack will be combined, like a naval battle, only transferred to land.

What can be the conclusion? The Armed Forces of Ukraine must be driven out of Nikolaev and Zaporozhye as soon as possible, otherwise it may well “fly” across the Crimea. The image damage from the destruction of the Crimean bridge or the damage/sinking of a ship of the Russian Black Sea Fleet right at the base in Sevastopol can hardly be overestimated.
Reporterin Yandex News
Reporterin Yandex Zen
55 comments
Information
Dear reader, to leave comments on the publication, you must sign in.