The second attempt of the Ukrainian Armed Forces to attack in the south was identical to the first, but even more desperate 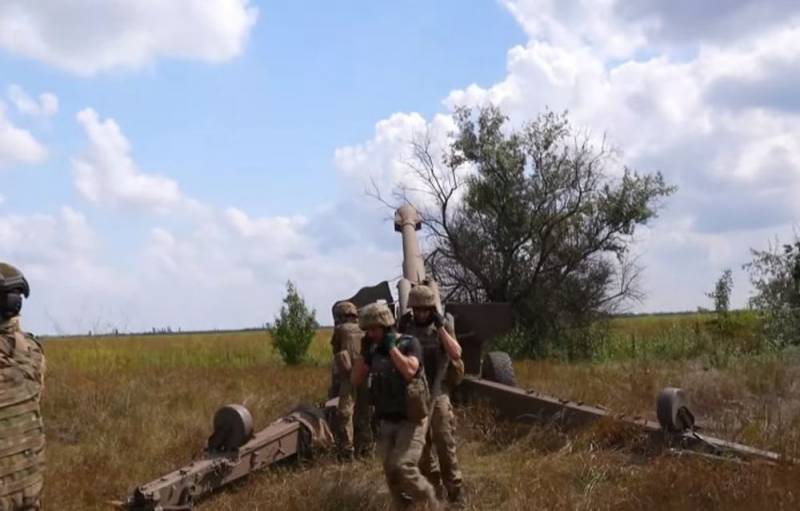 The Ukrainian army does not leave desperate attempts to break through to Kherson. The situation in the southern part of the Right Bank is monitored by Russian expert Yuri Podolyaka, who commented on the second attempt of the Armed Forces of Ukraine to attack the RF Armed Forces in this direction.


The expert noted that on August 31, the Armed Forces of Ukraine involved, according to his feelings, fewer troops for the offensive operation than in previous times, but, like on August 29, they were defeated.

And this suggests that on August 29 there was not a reconnaissance in force, but an attempt at a full-fledged offensive, which our allied forces successfully repulsed
- says Podolya.

On the afternoon of August 31, the Armed Forces of Ukraine acted in a stereotyped way, launching an offensive in the northern sector, in the area of ​​\uXNUMXb\uXNUMXbthe settlements of Olgino and Arkhangelskoye, but advanced literally several hundred meters. As of evening, there is no breakthrough in the defense of the RF Armed Forces, positional battles are underway. 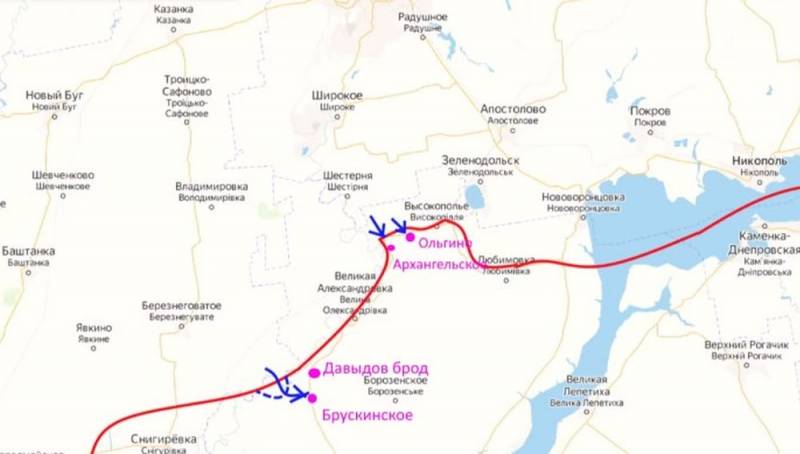 They traditionally tried to strike the second blow south of Davydov Brod, through Sukhoi Stavok. Again, the breakthrough of the armored group in Bruskinskoye. Here our barrier stopped the enemy. The Armed Forces of Ukraine were desperately trying to expand the base of their bridgehead, but they, like on August 29, failed. Literally a couple of hours later, the AFU grouping received blows to the flank and rear, lost most of the armored vehicles, and the remaining units retreated to the Ingulets River, to their tiny foothold
- he specified. 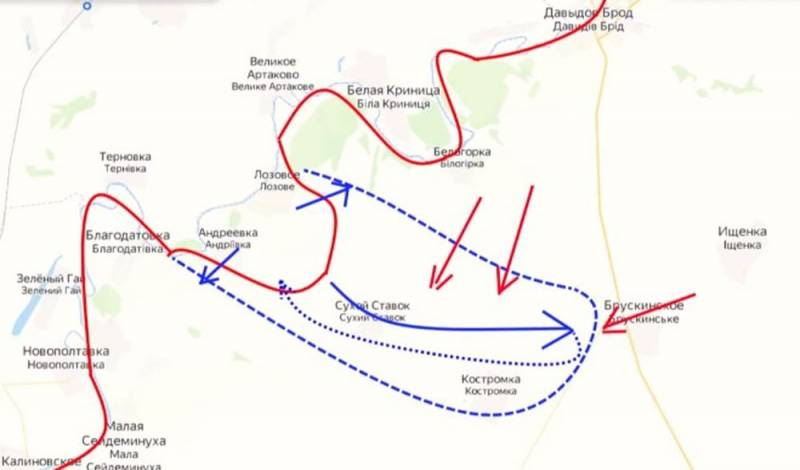 Podolyaka added that the Armed Forces of Ukraine also undertook chilling blows in the area of ​​​​Snigirevka, Kiselevka and a number of other settlements on the southern sector of this front, but there was nothing serious there. The Armed Forces of Ukraine lost up to 10 combat vehicles and up to an infantry company and, without achieving any results, rolled back to their previously occupied positions. 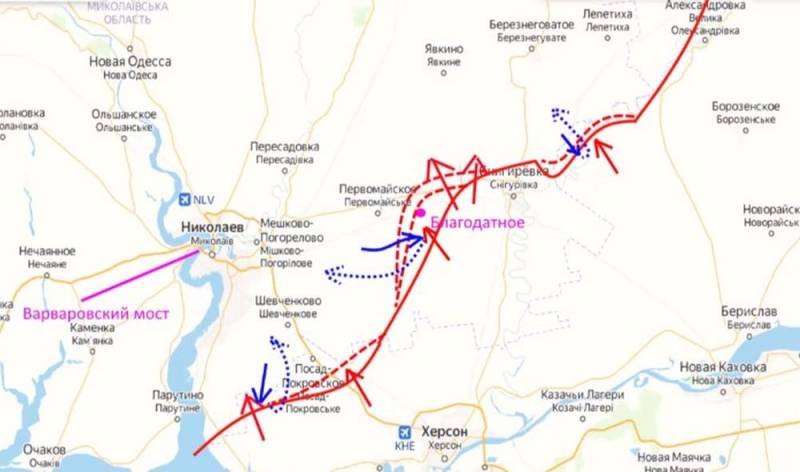 Thus, it can be stated that on August 31 the enemy tried to inflict a second blow on the Kherson region and did not achieve any success. Moreover, the force of this strike was weaker than on August 29, and this suggests that the enemy has no serious reserves in this direction. Nevertheless, according to the data that I have, there are still a certain number of strike units here, and from here, I think that there will be a third wave of attack. Because until September 8, before the meeting of the sponsors of the regime at the Ramstein base (5th meeting of the contact group - ed.), which, according to Zelensky, should provide him with a new portion of weapons, Kyiv must show activity and some successes before September XNUMX, before the meeting at the Ramstein base. This means that for the third time, Ukrainian soldiers, most likely, will be sent to the slaughterhouse in the Kherson direction
Podolia explained.