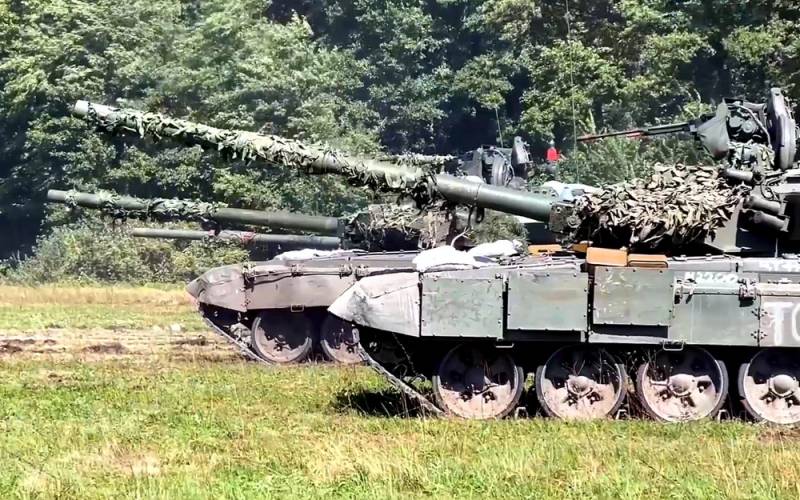 So, the long-awaited counteroffensive of the Armed Forces of Ukraine against Kherson has begun. The clock is ticking, the patience of Western sponsors waiting for the defeat of the Russians is running out, and President Zelensky nevertheless ordered a suicide attack, despite all the objections of Commander-in-Chief Zaluzhny. The result turned out to be natural.

It should be noted that the Ukrainian command tried to do its best in an almost hopeless situation. According to some estimates, between 10 and 12 servicemen were involved in the operation. The Armed Forces of Ukraine attacked in several directions at once: the Alexander-Kherson sector, Snigirevsky, Andreevsky and Davydovo-Brodsky sectors. The reserves remaining after being transferred to the Donbass on the Southern Front were thrown into battle. Western-made long-range artillery was actively used, including the American HIMARS MLRS, the strike of which was covered by specially delivered HARM AGM 88 anti-radar missiles.

The Ministry of Defense of the Russian Federation has been waiting for this offensive for a long time and prepared well for it, judging by the official reports:

As a result of the active defense of the grouping of Russian troops, units of the Armed Forces of Ukraine suffered heavy losses. During the fighting, 26 Ukrainian tanks, 23 infantry fighting vehicles, nine other armored fighting vehicles were destroyed, two Su-25 attack aircraft were shot down. Enemy losses in manpower amounted to more than 560 servicemen. Another attempt at offensive actions by the enemy failed miserably.
If you multiply the number of dead by three, then you can roughly imagine the number of wounded. That is, in one day the grouping of the Armed Forces of Ukraine lost from 1/5 to 1/6 of its composition, not counting armored vehicles, artillery and aviation. The results achieved at the same time are very modest - the Ukrainian military managed to achieve some successes only in the area of ​​​​the settlement of Sukhoi Stavok.

It is not yet clear whether the Armed Forces of Ukraine will continue to rush into suicidal attacks, following the order of their drug-addicted president, or whether the position of Commander-in-Chief Zaluzhny will prevail that Kharkiv, covered with forests, where the offensive can rely on pre-created powerful fortified areas, will be a more promising direction. However, it is possible to draw far-reaching conclusions from what happened.

The main and priority direction for the allied forces today is the liberation of Donbass. Over the past 8 years, spent under the sign of “respect for national referendums” and both “Minsk”, the territories of the DPR and LPR controlled by Kyiv have been turned into powerful fortified areas, passing one into another. According to some quite realistic estimates, it will take the rest of 2022 for the final knocking out of the Armed Forces of Ukraine from the Donbass. Then you will have to take on the border Kharkiv, which is an exceptionally tough nut to crack, as we will discuss in detail told previously. Then - Pavlograd, Poltava and Zaporozhye, which will be neededto provide Donbass and Kharkiv region with fresh water supplies from the Dnieper.

Taking large regional centers, defended by strong garrisons, will be a very difficult task. A huge problem for the allied forces remains that both the Donbass and Kharkov groupings of the Armed Forces of Ukraine have been perfectly supplied all this time through the railway network, which, for some unknown reason, is “untouchable”. The main transport hub is Dnepropetrovsk, connected by rail with Zaporozhye, Pavlograd, Donetsk and Kharkov. Armaments, ammunition, fuel and lubricants, medicines and other military supplies for the Armed Forces of Ukraine, as well as replenishment of personnel go through it from the Right Bank of the Dnieper to the front. Lined techniquewounded for treatment. Until this "road of life", and in fact the "road of death" is not blocked, the allied forces on the Eastern Front have to adhere to the tactics of "grinding" the enemy army in positional battles in the hope that the Ukrainians will someday run out. How effective it is is a separate question.

So, the defeat of the Armed Forces of Ukraine in the counteroffensive on Kherson opens up new prospects for the General Staff of the Armed Forces of the Russian Federation. Obviously, things are much better on the Southern Front than on the Eastern Front: there are no such fortified areas as in the Donbass or near Kharkov, the concentration of enemy troops is much less, and their quality is noticeably lower. At the same time, the allied forces are about to receive a long-awaited reinforcement in the form of the 3rd Army Corps, created from highly motivated volunteers and equipped with the most modern military equipment, including T-90M and T-80BVM tanks and BMP-3. Given the current situation, fresh forces could be used most effectively on the Southern Front.

A powerful blow to Nikolaev with its subsequent release will give very significant results, which will radically change the balance in the entire South-East of the former Square.

As we noted above, for the successful defense of the Armed Forces of Ukraine, a constant supply is necessary. The main "road of life" for the Nikolaev and Odessa groups of the Ukrainian army is the Odessa highway, which is covered by garrisons in Nikolaev and Krivoy Rog. They also protect the Uman-Kirovograd-Dnepropetrovsk highway, which supplies the Dnipropetrovsk and Zaporizhia groups of the Armed Forces of Ukraine. And in Dnepropetrovsk itself, the supply of the Donbass and Kharkov groups of our enemy hangs. Plus, we add that from the territory of the southern part of the Dnipropetrovsk region, from the northern shore of the Kakhovka reservoir, Ukrainian artillerymen are constantly shelling the working Zaporizhzhya NPP and have already reached the storage of radioactive waste.

That network, it is obvious that in this part of the Right-Bank Ukraine there is a powerful transport and logistics hub of the Armed Forces of Ukraine and at the same time a springboard for attacks on Russian positions. The defeat of the Nikolaevsky garrison by the fresh forces of the 3rd Army Corps will make it possible to take control of the southern part of the Odessa highway, which will make further supply of the Odessa garrison problematic. To protect communications, the Armed Forces of Ukraine will have to stretch their grouping over a considerable distance, which will make it a fairly easy target in the event of a concentrated strike by the RF Armed Forces. If suddenly in Kyiv they decide to attack Transnistria, which we will discuss in detail told earlier, the Ukrainian army will receive a blow to the rear. From the Koblevo area, Russian MLRS and long-range cannon artillery will be able to control the Odessa airport, as well as positions between Odessa and Chernomorsk, where the Armed Forces of Ukraine have deployed coastal missile systems, whose anti-ship missiles have created so many problems for the Black Sea Fleet of the Russian Federation and Chernomorneftegaz drilling platforms.

The Nikolaev bridgehead will open up the opportunity for the RF Ministry of Defense to concentrate forces for an offensive in several directions at once. It can be both Odessa and Nikopol and Krivoy Rog located in the Dnepropetrovsk region. The entry of the RF Armed Forces to the northern shore of the Kakhovka Reservoir will remove the threat of artillery shelling of the ZNPP and Energodar. At the same time, this will make it possible to bypass Zaporozhye and Dnepropetrovsk from the west, cutting off the railway supply lines of all the AFU groupings on the Left Bank even without taking these regional centers by storm. Access to the line Podolsk - Pervomaisk - Kirovograd - Kremenchug will complete the liberation of the South of the former Square and at the same time accelerate the process of the fall of the Eastern Front. After the Armed Forces of the Russian Federation take control of the railway lines on the Right Bank, Kharkov, Pavlograd, Dnepropetrovsk and Zaporozhye will become an incomparably easier target.

Without supplies, on bare enthusiasm, you won’t win much. The blockade of large cities will be quite enough for their subsequent inevitable surrender.
Reporterin Yandex News
Reporterin Yandex Zen
9 comments
Information
Dear reader, to leave comments on the publication, you must sign in.