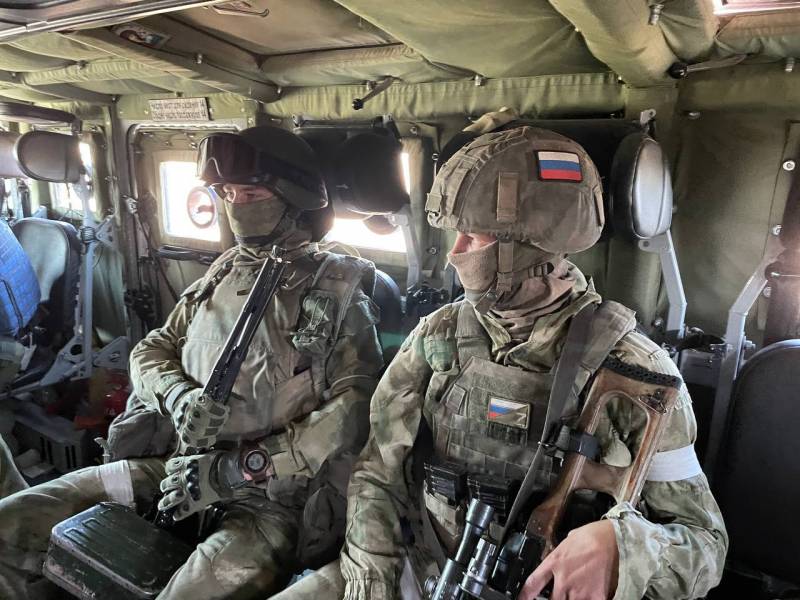 On August 29, Kyiv began the "battle for Kherson", for which it had been preparing for several months and even managed to cancel recently. This was announced by Russian expert Yuriy Podolyaka, who spoke in detail about the offensive of the Armed Forces of Ukraine in the Kherson direction.

He called what was happening the "Battle of Kursk" near Kherson, implying the current situation. At the same time, the expert did not rule out, based on the development of events, that the first day of the counteroffensive of the Armed Forces of Ukraine near Kherson would be the last for the Ukrainian army.

Kyiv threw everything he had here into battle, including up to two brigades of well-trained infantry reinforced with tanks. They were supported by the Hymars and artillery. All this was not enough. The successes of the first day of the counter-offensive were very, very deplorable, the losses for the Armed Forces of Ukraine were colossal, and all this strongly resembles the first day of the Battle of Kursk, when the Nazi troops, trying to go on the offensive on the Kursk salient, were first met with powerful counter-training of the Soviet forces, and then ran into the powerful defense of the Red Army
- Explained the expert. 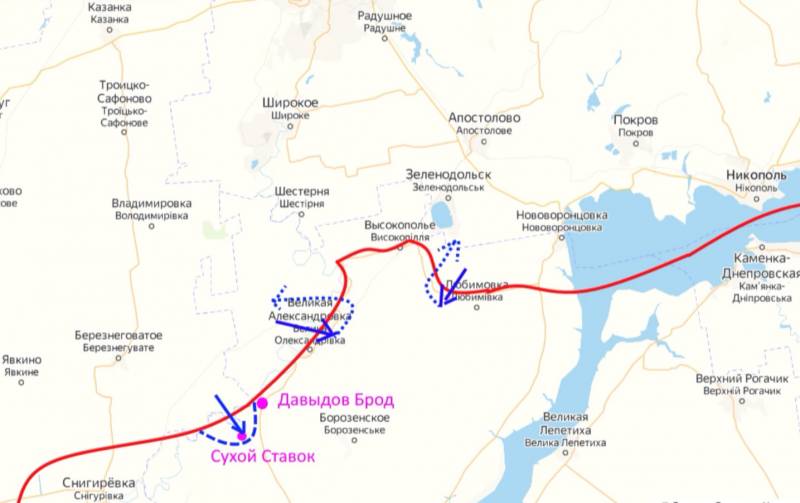 Podolyaka specified that the Armed Forces of Ukraine began to attack the defense of the RF Armed Forces in three places, in the area of ​​​​Davydov Brod, Velyka Aleksandrovka and Vysokopolya, where the main blow was delivered. However, by lunchtime it became clear that the counter-offensive of the Ukrainian army had bogged down. The enemy met with resistance, suffered losses and retreated to the previously occupied lines.

He (the enemy - ed.) suffered huge, simply colossal losses. Now I can’t say for sure, but according to the data that come from my sources, a huge number of corpses of Ukrainian soldiers were taken to the Apostolovo region. Then they are taken away by KrAZ trucks to Krivoy Rog. The account goes to hundreds of people
- he said.

Podolyaka clarified that before the start of the counter-offensive of the Armed Forces of Ukraine, Russian troops carried out preventive strikes at places of accumulation of personnel and equipment enemy. The losses of the Ukrainian army then amounted to several hundred servicemen, and this weakened the offensive impulse of the Armed Forces of Ukraine. At the same time, Russian artillery did not stop firing all the time while the Ukrainian army was trying to attack the positions of the Russian Armed Forces.

And the Black Sea "marines" completely defeated, which completely suppressed the offensive fervor of the enemy and threw him back to the original lines. Moreover, quite significant forces took part in this direction (from the side of the Armed Forces of Ukraine - ed.). To the east of Vysokopolye, a mechanized brigade, a tank battalion, two BTGs on the "armor" were advancing. Slightly smaller forces advanced to the west, i.e., the main blow was delivered here. But he was ineffectual. Also, a serious blow was delivered south of Davydov Brod. Moreover, the main task of this strike was to cut the communications of the RF Armed Forces and thus try to bring down the entire northern flank of the Kherson Front of the allied forces already in the first day. It was enough for the enemy to advance only 2-3 km to the area of ​​​​the settlement of Sukhoi Stavok, where he was detained by a counterattack by the Airborne Forces, which urgently advanced from the reserve and stopped the enemy, and stubborn battles are now underway there. The enemy is pressed to the ground, artillery and aviation are working on him, and it is obvious that this most important blow to the rear of our grouping also failed.
- he added.

On the southern sector of the Kherson Front, the enemy delivered forfeiting blows. Much smaller forces were involved here, no more than two BTGs, which distracted the RF Armed Forces. But the Armed Forces of Ukraine were quickly defeated and retreated. 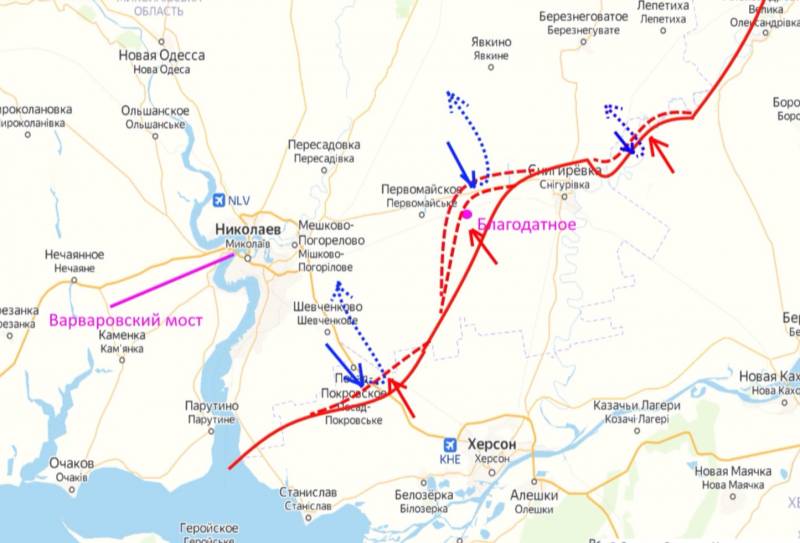 That is, according to the results of the first day of the Ukrainian counter-offensive on the Kherson "Kursk Bulge", the enemy was able to advance several kilometers ahead in one of the sectors and occupy one settlement. At the same time, he suffered huge losses in manpower. According to my estimates, not counting night strikes on crowded places, only in offensive operations they suffered losses in the region of 200-300 people and 500-600 wounded. In fact, for the first day of the counteroffensive, the losses are simply colossal. Taking into account the fact that the entire advancing grouping of the Armed Forces of Ukraine consisted of 10-12 thousand people
He explained.


Note that the Russian Ministry of Defense has already calculated APU losses. At the same time, Ukrainian military expert Oleg Zhdanov is very pessimistic about the prospects for a counteroffensive by the Armed Forces of Ukraine.
Reporterin Yandex News
Reporterin Yandex Zen
5 comments
Information
Dear reader, to leave comments on the publication, you must sign in.