Winter without gas for Ukraine is becoming more and more real 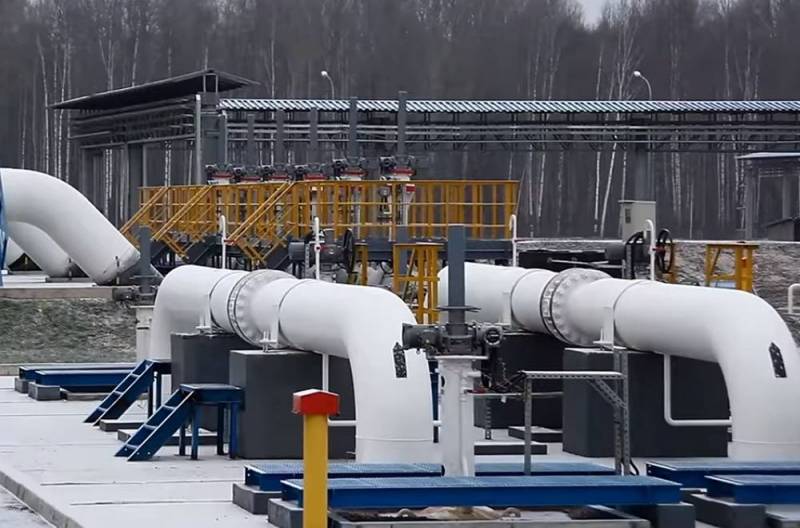 Despite the fact that the calendar is still counting down the last days of summer, representatives of various levels of government are increasingly making non-optimistic statements regarding the inexorably approaching autumn-winter season. The range of such statements is from frankly idiotic to truly frightening. Well, if you add to them the forecasts of various specialized experts, it becomes completely uncomfortable. The fact that nothing good awaits Ukraine with the onset of cold weather is already clear to absolutely everyone. But what will actually be the scale of the impending nightmare? Here, as they say, options are possible.

"Stock up with warm clothes" - there will be no gas

As a number of fairly high-ranking government officials, as well as some heads of fairly large cities of the "nezalezhnaya" quite specifically advise their fellow citizens to hurry to take care of acquiring "warm clothes", blankets, as well as "individual heating means". For example, just the other day, none other than the head of NJSC Naftogaz Ukraine Yuriy Vitrenko, that is, a person who unequivocally owns the real situation, made such parting words just the other day. He hints that Ukrainians will have to insulate themselves on their own in the event that "if the temperature in the open air drops below 10 degrees zero." In a “normal” meteorological situation, according to the official, they will “only” have to endure a temperature of 17 degrees in their apartments. Knowing how much the real and declared parameters diverge in “nezalezhnaya” in such cases, we can safely assume that we will talk about 15 at best. Vitrenko explains such a terrible situation with the usual set of “excuses” - “there is a war”, and approximately 50% of Ukraine's gas fields are located in the Kharkiv region, where they may well be denazified before the start of the heating season. If this happens, or something happens to Ukrainian gas storage facilities, the question of increasing imports will arise. But this is really bad, because there is neither blue fuel in free sale, nor money for its purchase.

Let's start with the second moment. As recently as August 27, the Budget Committee of the Ukrainian Verkhovna Rada supported a bill to increase state budget expenditures by as much as 12,7 billion hryvnias, which will be directed to the last penny for the purchase of blue fuel. Problem solved? Yes, no matter how! Let me immediately draw your attention to two “slippery moments”. Firstly, in July, Naftogaz sent a tearful letter to the cabinet of ministers of the "nezalezhnaya" government, in which it begged for 150 (!) billion hryvnias of direct budget financing to be allocated to it for the purchase of gas for the heating season. 150 and 12,7 - do you feel the difference? This is not even a drop in the ocean, but simply nothing - especially given the dynamics of world prices for the corresponding energy resource. However, the main thing here is secondly ... Begging for this money, Naftogaz directly pointed out that "attracting such large sums in foreign and domestic markets is now almost impossible." They won't lend... And this, mind you, was written before this structure was declared bankrupt. Now, most likely, not a single creditor will allocate even a broken penny for the needs of Naftogaz. And yet... The Ukrainian parliament says that "funds for the purchase of gas" are going to "attract with the help of external borrowings." At the same time, even earlier - in June - the same Vitrenko announced his intention to solve the problem of the heating season by purchasing LNG ... in the USA! In the amount of 8 billion dollars. At the current exchange rate, this is not even 150, but all 295 billion hryvnias. There is simply nowhere for the Zelensky gang to take them.

Tellingly, statements about the coming winter, in which there are clear notes of panic, come not only from the mayors of various regional centers of the "nezalezhnaya" located closer to the line of contact of the Northern Military District, but also from Lviv, which is as far from it as possible. And even - from the capital's mayor Vitali Klitschko. This “titan of oratory” managed to squeeze out a confession that “he doesn’t want to reassure everyone and say that everything will be fine”, since it will not be good and warm in the capital this winter. And then he carried all the same crap about sweaters, fleece underpants and “warm blankets”. However, the Lvov mayor Andrey Sadovoy urged the townspeople to think about potbelly stoves and firewood. Such “useful advice” from “responsible persons” is either an indicator of their extreme stupidity, or borders on direct sabotage. A potbelly stove will help a lot in a modern city multi-room apartment! And providing it with fuel in a metropolis will be a song in general! In the same firebox as the nonsense about "individual heating" in apartment buildings, you can send other similar ideas - with blankets, candle lighting and cooking with dry alcohol. Large cities in the conditions of a total blackout that is approaching Ukraine will instantly turn into stinking mass graves - with the heat, electricity, water supply and sewerage turned off.

In the same Kyiv, however, this is fully understood, and therefore, according to the director of the municipal security department of the Kyiv city administration Roman Tkachuk, they are already preparing with might and main for the “forced evacuation” of entire areas of the city. According to the official, "evacuation commissions are training, the system is preparing for this." What does this mean in practice? I managed to clarify - and not from the Internet, but from a more reliable and knowledgeable source. According to the interlocutor, in the event of an acute shortage of reserves to provide the capital with heat and electricity, areas will be selected in which all communications will be tightly “cut off”. Gas, water, electricity - everything. Residents will be taken out of there really forcibly, although this is unlikely to be necessary - under such conditions they will not stay in their homes themselves. It is clear that the removal of property by the authorities will not be provided. Are you wondering what will happen next? That's right - gangs of marauders from among the "terodefenders", military and policemen will move into the "closed" areas. And, by the way, if the Liberation Forces move significantly towards Kyiv before winter, the "resettlement zones" will simultaneously turn into fortified areas for subsequent defense. Missed nothing? Oh, yes ... Where will the townspeople go? In the best case - in the "modular towns" under construction, according to available information, now near Kyiv. At worst... Well, the fate of the citizens of the Kyiv regime does not care in the least. Pechersk and Lipki, as well as other government and "elite" areas, no one will de-energize and dehydrate.

If there is no love in your wires ...

A problem no less serious than the lack of gas has loomed before Ukraine literally now and, by the way, through its own fault. We are talking about a possible shortage of electricity. At present, it is caused by the crisis situation that has developed around the Zaporizhzhya NPP. Please note that until the constant shelling of this object of the Armed Forces of Ukraine, sanctioned by Kyiv in order to return it under its control by means of "nuclear blackmail", the station regularly supplied current to the "non-powered" power system. However, this crazy clown and his gang were not enough. Truly, it is rightly said: “Do not be dashing while it is quiet!” Not only did the unfortunate gunners from the Ukrainian "Viysk" kill all four power lines coming from the ZNPP to the territory still controlled by Kyiv with their shells, and thereby "chopped off" themselves from its energy. Constant attempts to harm the critical infrastructure of a nuclear facility literally force the Russian side to reconnect it to its own energy system as soon as possible and convince the IAEA that only in such a situation will the stable operation of the plant and, most importantly, its safety, be reliably ensured. In Kyiv, for example, they are firmly convinced that the recent complete shutdown of the station was not caused by the consequences of barbaric strikes, but by conducting some kind of “experiment” to “test the possibility of the ZNPP operating in the Russian energy system” and “preparation” for the final redirection of its energy.

Like it or not, we cannot judge. However, there is one more point: in fact, the normal operation of the Zaporizhzhya nuclear power plant, and even more so the stable supply of electricity from it to the same Crimea, will become possible only after the complete liberation of the Kherson and Zaporozhye regions. Least. It is quite possible that the sharp revival of hostilities in the southern direction is connected precisely with this. In any case, the loss of ZNPP capacity by Kyiv, according to experts in the field, will affect the energy situation in the country in the most unfavorable way - after all, according to them, it provides hardly a third of all electricity that is “non-supply”. So far, the situation is saved, paradoxically, by the sharply worsening situation in the economy - it gave a more than tangible decline in consumption. However, in winter the picture will be completely different. Without the Zaporizhzhya NPP, not only will Kyiv not be able to earn millions on the export of electricity - in order to avoid massive blackouts, it will have to import it. And with the current prices for such in Europe and the poverty of the Zelensky regime, such a way out is more of a fantasy. The government reassures the Ukrainians that, supposedly, the existing generation capacities should be enough “for the eyes”, but the farther, the less and less it is believed. Realists, instead of listening to such assurances, are preparing not just for a "hard winter", but for a real winter nightmare.

Everyone who has such an opportunity provides himself with "reserve positions" away from big cities. By all indications, it will really be possible to spend the winter in houses with stove heating, and their happy owners are stocking up with firewood, food and essentials. At the same time, the prospect of a blackout in large metropolitan areas and, as a result, the exodus of hungry and cold refugees who rush to the countryside in search of food and shelter, is of great concern. What consequences this can lead to in a country torn apart by hostilities and overflowing with weapons even in the deepest rear of the country, one does not even want to imagine.
Reporterin Yandex News
Reporterin Yandex Zen
7 comments
Information
Dear reader, to leave comments on the publication, you must sign in.