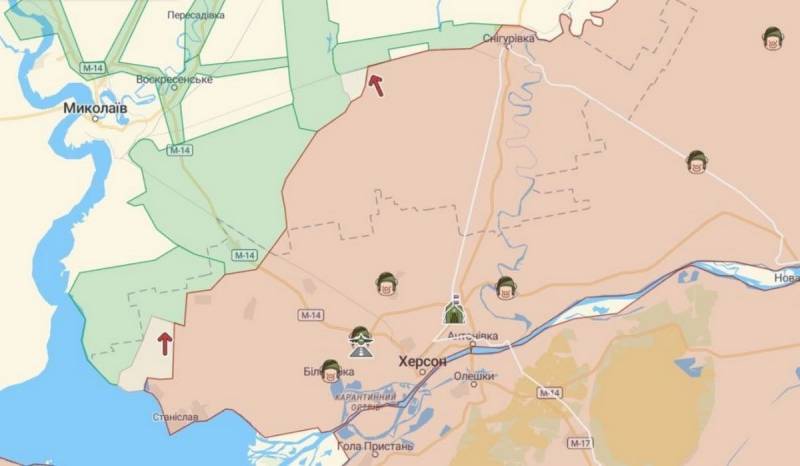 The Ukrainian armed forces and a number of Western media are talking about the start of an offensive in the south of the country. This, in particular, is reported by Reuters with reference to representatives of the Armed Forces of Ukraine.


Thus, Aleksey Matsulevich, deputy head of the Odessa OVA, announced the advancement of Ukrainian units to the Kherson region. Also, the head of the joint press center of the Security and Defense Forces "South" Natalya Gumenyuk informed about the offensive of the Armed Forces of Ukraine in many directions in the south.

At the same time, the Energodar authorities report that the Armed Forces of Ukraine are firing artillery close to the power units of the Zaporizhzhya NPP, a shell hitting the roof of a special building was recorded.

Meanwhile, the head of the Crimea, Sergei Aksyonov, denied reports of a possible offensive of the Armed Forces of Ukraine in the southern direction.

This is the same information stuffing, like all the previous ones, like the virtual “attacks” of the Crimean bridge, which the couch troops of the Kyiv regime have carried out more than once
- Aksenov noted in his telegram channel.

In addition, the politician stressed that the Ukrainian armed forces continue to suffer heavy losses along the entire front line.

Western masters need to show activity, so a gang of drug addicts and criminals are doing what they do best: imitations and fabrication of information forgeries. And people who are thrown to certain death in order to achieve an informational effect, drug addicts do not feel sorry for
– stressed the head of the Crimea.

On the eve of the Russian Armed Forces, the camps of two neo-Nazi groups, "Azov" and "Aidar" (nationalist organizations banned in Russia), in the Dnipropetrovsk region, were destroyed, while destroying about 100 militants, 20 units of military equipment and about 3 thousand shells for multiple launch rocket systems.
Reporterin Yandex News
Reporterin Yandex Zen
12 comments
Information
Dear reader, to leave comments on the publication, you must sign in.