Afghan kink: why is the US sending foreign pilots into the sky over Ukraine 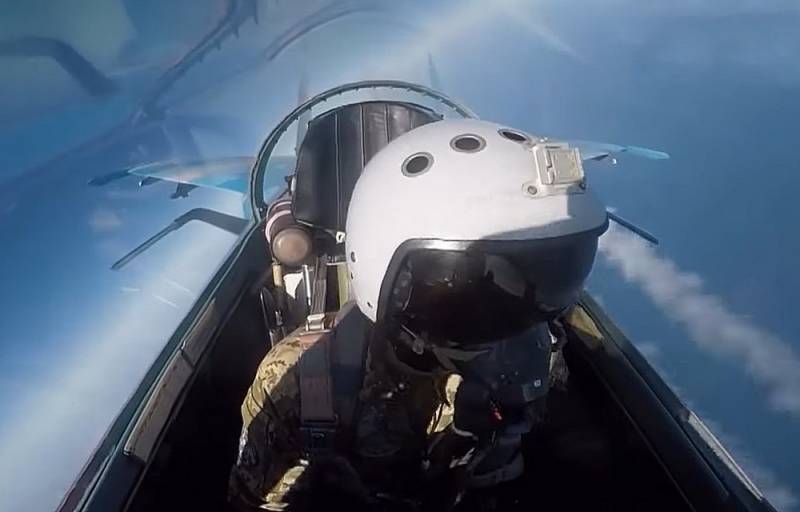 News about the beginning of training in the United States for the needs of the Ukrainian Air Force of Afghan pilots, who, before the return to power of the Taliban (a terrorist organization banned in the Russian Federation) served the pro-American regime in Kabul, caused ridicule among many in Russia. Well, what can some Afghans do against our aces? In fact, there is absolutely nothing funny about what is happening.


Today it became known that in the battles for the sky over Ukraine, all more or less trained pilots of the Air Force of the Square were knocked out. This was reported by RIA Novosti with reference to its own sources:

The entire airlift crew of the former air forces of Ukraine - MiG-29, Su-27 and Su-25 aircraft - has been virtually eliminated by the effective actions of the Russian Aerospace Forces and air defense systems.
This success is explained quite simply. The fact is that a few highly qualified Ukrainian pilots were knocked out at the initial stage of the special operation, and after that the criminal Kyiv regime deliberately threw cadets of the Kharkov flight school, who had neither real combat experience nor enough hours of flying time, to actually be killed. However, the triumph of victory was very short-lived.

Literally immediately after that, it became known that in the US state of California, combat pilots of Afghan origin, who had managed to escape from Afghanistan along with the rapidly evacuating NATO occupation forces, began training to send them to the Ukrainian front to help Zelensky. Future "ghosts of Kyiv" after the end of the course will be sent to Nezalezhnaya through neighboring Poland. The very first comments in the domestic press and the blogosphere were in the spirit of: phew, what did they think there, we shot down all Ukrainians, we will knock them down as well. However, everything is much more complicated than we would like.

The American interventionists with their accomplices from the NATO bloc were in Afghanistan for 20 years, and during this time they were preparing the "native army", including the air force of the puppet regime in Kabul. Afghan pilots were taught how to manage both Soviet and Russian aircraft, as well as technique Western pattern. I would like to draw the attention of our esteemed readers to the last fact. The Afghans flew Mi-17 and Mi-8 helicopters, American, French and Italian helicopters, Brazilian "counter-guerrilla" attack aircraft of the EMB 314 Super Tucano / A-29 type, Cessna 208 general purpose aircraft, jet and turbojet attack aircraft.

Their experience is, in a certain sense, unique. Former pilots of the Kabul regime can even now be put on attack or transport helicopters, both domestic and Western. To control fighters or bombers, they will have to be retrained, which can take a year and a half. At the same time, future "ghosts" can be prepared both for Soviet aircraft and, say, for American ones, some F-15s or F-16s. It's worth it to tighten up in this place.

In fact, the United States began to openly train combat pilots for the war with Russia. Since the last Ukrainian pilot has died, as in a bad joke, their place will now be taken by the Afghans. Then there will be some "retirees" or "vacationers" from the countries of the Middle East. And so on. Uncle Sam shows that he is ready to throw more and more cannon fodder into the furnace of war, no matter if it is Ukrainian or otherwise. And these pilots, most likely, will immediately have experience in flying not only old Soviet fighters, attack aircraft and bombers, but also quite modern American combat aircraft, the delivery of which to Kyiv is just a matter of time and the indistinctness of the Russian position.

As for the latter, what, in fact, specifically prevents the Ukrainian Air Force from using airfields and other military infrastructure of neighboring Eastern European countries?

In fact, nothing interferes, except for absolutely non-specific threats from our leadership, since Russia is not legally at war with Ukraine, which means that no one has the right to interfere with the "sympathetic" Western powers to provide Nezalezhnaya with all possible assistance. Only the termination of the special operation format and the transition to an officially declared war can change this, but nothing of the kind is happening. A preventive strike by the Russian Defense Ministry against, say, Romania or Poland will be considered direct military aggression against the North Atlantic Alliance, with all the ensuing consequences.

In fact, today Ukraine has taken the first step towards the revival of its Air Force with "imported" pilots and foreign aircraft. What can be done in response?

On the rights of black humor - you can involve in the special operation "volunteers" from the Taliban, who will fight in Ukraine against renegade Afghans. Of course, this is just a joke, since the Taliban is a terrorist organization banned in the Russian Federation. In reality, without declaring war on Ukraine, we will have to deal not with the causes of the disease, but with its symptoms: bombing airfields, conducting air battles against increasingly serious opponents using modern aircraft, and so on.
Reporterin Yandex News
Reporterin Yandex Zen
5 comments
Information
Dear reader, to leave comments on the publication, you must sign in.