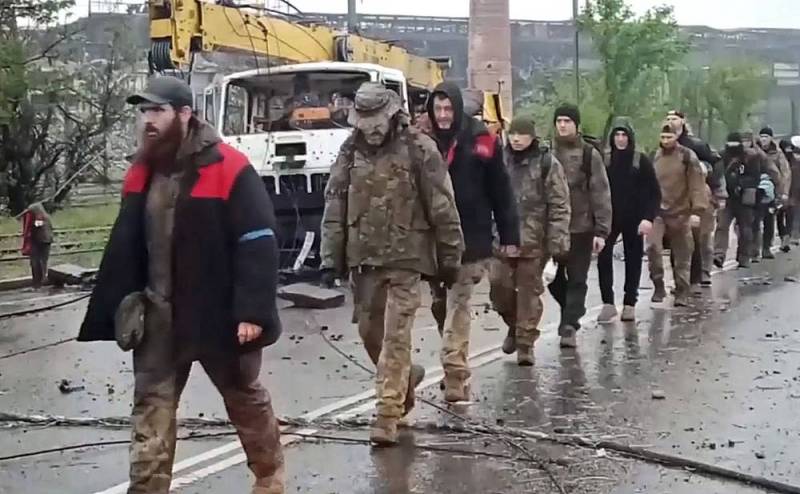 Ukrainian information resources like to pull phrases out of context and present what was said by Russians. politicians and statesmen as they themselves want. Leonid Slutsky, chairman of the Liberal Democratic Party, drew attention to this.


The party leader and head of the State Duma Committee on Foreign Affairs of the Russian Federation (he is one of the representatives at the Russian-Ukrainian negotiations on the settlement of the crisis between states) explained that his previous statement was twisted by the Ukrainian side. Therefore, he decided to clarify what was said earlier in more detail in order to stop the rumors.

The Ukrainian Telegram channel "Bayraktar", known for its rabid anti-Russian orientation, pulled out a phrase from my recent interview that we are ready to consider the negotiation process with Ukraine if Ukraine itself is ready for this
- he noted.

The politician stressed that the condition for negotiations between Russia and Ukraine would be the complete (unconditional) surrender of Kyiv to Moscow. Ukraine will have to agree to demands to reduce the Armed Forces of Ukraine and carry out denazification. No other negotiating positions of Kyiv will be taken into account.

My brother Ramzan Kadyrov very clearly expressed his attitude towards any other positions, should they arise. Ramzan Akhmatovich clearly said that we will destroy those who profess Nazism, those who kill us, and there can be no other approach. I'm not quoting verbatim, but that's basically it. And there is no other approach in the LDPR party, which has more than 300 thousand members, there can be no other approach for sane people, with those atrocities that, to our great, greatest regret, we see every day on the part of the Armed Forces of Ukraine
- he added.

Slutsky pointed out that Kyiv is trying to demonize Moscow at any cost. He recalled that Ukraine is a puppet state under the control of other countries. At the same time, Slutsky asked not to look for analogies with Nazism in his statements.

The Nazis are you. You are the bearers of the Nazi ideology. You every day, to the greatest regret, prove that this is so. It is not too late to change your mind, but, judging by the rhetoric of Mr. Zelensky, you only want to fight. Well, in this case, the position of Ramzan Akhmatovich Kadyrov is the only true one in relation to people who behave in this way and whose actions are becoming more monstrous and destructive every day. I hope that the Bayraktar channel and others will no longer have the desire to twist the essence of what we say in the public space
- summed up Slutsky.


It should be recalled that Kyiv recently announced that it was not ready to talk with Moscow "at gunpoint." Ukrainian President Volodymyr Zelensky said in a video message that communication with Russia will begin only after the withdrawal of the Russian Armed Forces from the country. Thus, it can be reasonably assumed that negotiations between Ukraine and Russia are unlikely to take place in the foreseeable future.
Reporterin Yandex News
Reporterin Yandex Zen
9 comments
Information
Dear reader, to leave comments on the publication, you must sign in.