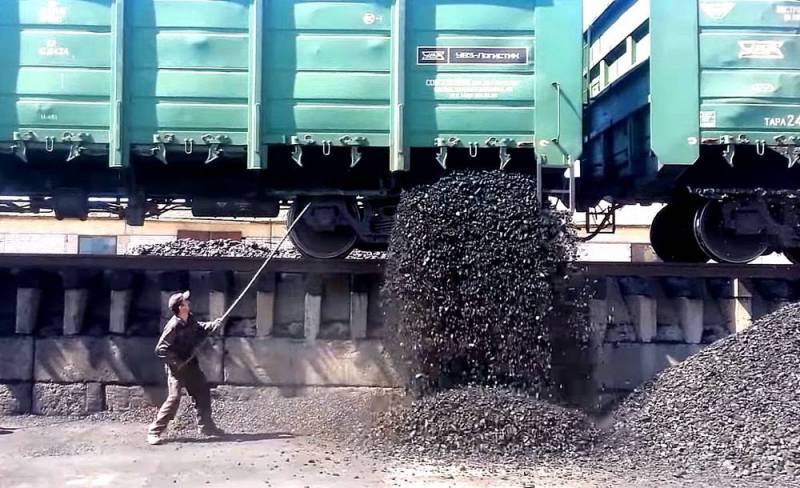 The situation of the so-called “perfect storm” has been created in the energy market of Europe. The “green” agenda, the armed conflict in Ukraine, the principled decision of Brussels to refuse to purchase Russian energy resources, as well as abnormal heat, drought and shallow rivers guarantee the Europeans, probably, the most difficult winter after the winter of 1944-1945.


After the start of a special military operation to demilitarize and denazify Ukraine, the EU leadership took a course of refusing to purchase Russian oil, gas and coal in order to undermine the Kremlin's financial capabilities to "wage an aggressive war." In fact, the European bureaucrats, dancing to the tune of Uncle Sam, themselves killed their own the economy, destroying its basis - the energy sector, which is at the initial stage of the global "green" energy transition. Now, in spite of Putin, they are ready not only to freeze their ears in winter, but also to completely trample on the foundations on which the exemplary civilized, well-fed and prosperous European Union was based.

The main installation in the upcoming global redistribution was the transition to renewable energy sources in the leading economic superpowers - the USA, the EU and China. In the production of any type of product, the so-called "carbon footprint" had to be calculated - the amount of burned hydrocarbon raw materials, which gave harmful emissions into the atmosphere. The higher it was, the higher the corresponding "carbon tax" - an import duty imposed on goods produced by "backward" countries - should have become. Thus, the domestic European, American and Chinese markets would be protected from competitors, taking them out of their "green" orbit. One of the main victims of such changes was to be Russia, which, obviously, was once again supposed to “not fit into the market”. However, fate decreed otherwise.

Coincidence or not, the “proxy” war in Ukraine between Russian “elites” and the collective West took place at a time when the global “green” energy transition was in its infancy. And everything fell apart very quickly.

In response to Brussels' decision to refuse to purchase Russian hydrocarbons, Moscow itself began, under various pretexts, to reduce gas supplies to Europe. Together with an embargo on the import of Russian coal and an abnormal drought, this led the Old World to a real energy crisis just one and a half to two months before the first cold weather and the start of the heating season. Prices for gas and electricity simply terrify both ordinary consumers and European business, as the profitability of production and its competitiveness are sharply reduced. And that's just the flowers.

Any successful outcome, except for bowing to the Kremlin, is simply not visible in the next few years. As part of the "green" agenda, Europe has relied on the consistent rejection of the use of environmentally harmful coal and potentially hazardous nuclear generation. Now these plans have to be reviewed on the go, but it is simply impossible to do anything quickly.

For example, in Poland, more than 70% of electricity generation traditionally comes from coal, and at least 35% of households still use it to heat their homes. After Warsaw's principled refusal to purchase Russian coal, its price increased from 1000 zlotys per ton to 3500 zlotys (about $777). After such growth, the economy immediately sank by 2,3%. The authorities now have to plug the problem with state subsidies, but there is still not enough money for everyone. At the same time, consumers complain about the poor quality of imported coal, which Poland began to buy instead of Russian. All sorts of metal fragments, some parts, bolts are found in it, which damages equipment at coal-fired power plants. Nothing but "Petrov and Boshirov" is thrown up. Joke.

At the same time, Poland itself is rich in coal deposits, but serious investments in the industry are needed to increase its production. Nobody is going to do that, since no one has canceled the officially approved plans of Brussels to stop using environmentally harmful fuel. In such circumstances, no one wants to get involved with investments in coal mining.

Exactly the same problems are now experienced by American gas exporters. Germany expects to survive a couple of years while additional LNG receiving terminals are being built to replace the falling Russian supplies of "blue fuel". But in the United States itself, shale gas is being developed by a large number of private companies, medium and small. The deposit, as a rule, is depleted in 5-7 years, and it is necessary to take on a new one, which requires additional financial resources. However, Western banks are currently under the influence of the "green" agenda artificially imposed on them and are extremely reluctant to provide loans to their own "shale players". Because of this, the increase in LNG production in the United States is not fast enough.

Against this background, the position of Paris looks very sensible, which, contrary to the "green" ones, has relied on increasing nuclear generation. In France, more than 70% of electricity is generated by nuclear power plants, so the severity of the problem there is not as high as in other European countries. But even here everything is not so simple.

As it turned out, the partial privatization of nuclear energy in the Fifth Republic did not benefit her. Once building nuclear power plants faster than in the USSR, the French have noticeably lost their competence in this area. Now not Russia, but already France is building new power units for a long time and expensively, many times exceeding the original estimate. The situation is aggravated by the fact that, within the framework of the same “green” agenda, banks are ready to issue loans for “unsafe” nuclear energy only at high interest rates. It got to the point that Paris is ready to re-nationalize its Électricité de France. And who would have thought, right?

Such are the things. Europe must either quickly put up with Russia, or fight seriously, to annihilate, but be ready to pay the corresponding price for victory, in fact, go bankrupt. As for the victory - it's not exactly.
Reporterin Yandex News
Reporterin Yandex Zen
15 comments
Information
Dear reader, to leave comments on the publication, you must sign in.