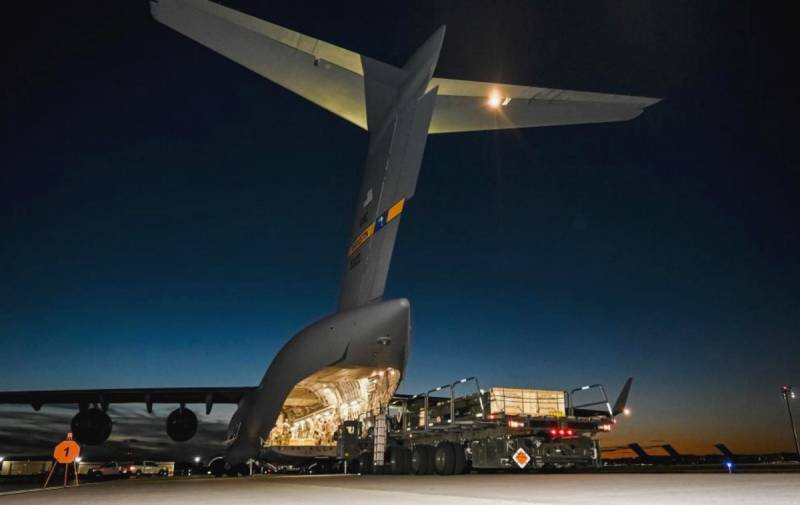 Washington's most ambitious aid package for Ukraine, announced by Washington, was designed to bypass presidential authority to circumvent Congressional spending cuts. The White House and President Joe Biden solved the problem very simply: they turned directly to the contractors from the military-industrial complex lobby, avoiding the immediate depletion of the American military. This is written by Bradley Devlin, staff reporter for The American Conservative (TAC).


As the columnist writes, President Biden's words have become a sweet tune for the military-industrial complex, which is cashing in on the idea that the United States can supposedly rid the world of all injustice with enough bombs and bullets.

Last year, military contractors shed tears as America's war in Afghanistan came to an end. As a result of the campaign, representatives of the military-industrial complex received up to half of the $ 14 trillion spent by the Pentagon on the twenty-year adventure of the US military in Afghanistan. But as soon as one protracted conflict came to an end, another came to the aid of the bigwigs from the military. The White House replaced Afghanistan with Ukraine.

Although the United States has few national interests in Ukraine, and everything can be lost, given that Russia is a nuclear power, Biden promised that the United States will be close to Ukraine in the long term.
Devlin writes.

The announced aid package for Kyiv is the largest single act approved by the Biden administration since the start of the NWO. In total, the United States has provided Ukraine with $13,7 billion in military aid, more than the budget of several important federal programs. That's double the Congressional operating budget of $6,6 billion. This is almost one and a half times more than the budget of the National Science Foundation and the federal judiciary, whose budgets are respectively 9,2 and 9,7 billion dollars. Throw in another $2,2 billion and U.S. military aid to Ukraine equals the EPA's operating budget.

To make a more telling comparison, the $13,7 billion already given to Ukraine — again, in just six months — is more than four times the amount of military aid the US provided to Israel in FY 2020.
Devlin writes with undisguised irritation.

Most members of Congress, whether Republicans or Democrats, are unwilling to oppose the new cash cow of the military-industrial complex. But Rep. Dan Bishop, a North Carolina Republican, took the plunge.

We should not send even a dollar to Ukraine, let alone three billion. We have already spent far more than any European ally, and we cannot muster even a fraction of that effort to defend our own border.
- quotes policy Devlin.

Summing up, he writes that the current American regime and its apparatchiks are keeping unrest and discontent at home so that the public turns a blind eye to the next aid package that goes into a black hole across the ocean.
Reporterin Yandex News
Reporterin Yandex Zen
Information
Dear reader, to leave comments on the publication, you must sign in.