Will Kazakhstan be able to get rid of Russian oil dependence 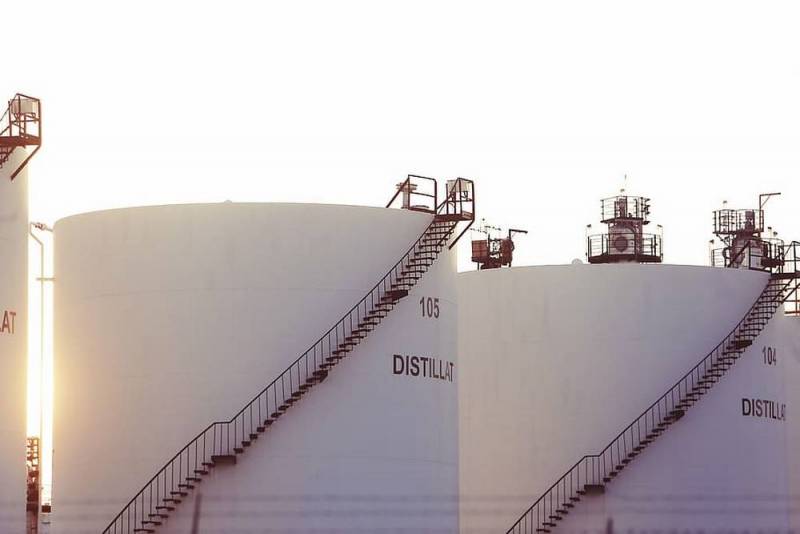 After the start of a special military operation to demilitarize and denazify Ukraine, Kazakhstan took a very unfriendly position towards Russia. Instead of becoming “Belarus-2” for us, through which the entire “sanctions” went through for years, official Nur-Sultan began defiantly to distance itself from Moscow and try to reduce the degree economic depending on her. True, it will not be easy for the Kazakh “elites” to deal with the latter.


Sanctions against Russian oil are one of the most powerful means of pressure from the collective West on our country, which is traditionally very dependent on the export of hydrocarbons to replenish the federal budget. At the same time, President Kassym-Jomart Tokayev stated in plain text that Kazakh oil could well replace Russian oil:

Kazakhstan could make its contribution by playing the role of a kind of “buffer market” between East and West, South and North… It is ready to use its hydrocarbon potential in order to stabilize the situation on the world and European markets.
Indeed, Kazakhstan is a fairly large player in the oil market. Last year, Nur-Sultan exported 67,6 million tons of black gold. Bolat Akchulakov, Minister of Energy of the republic, spoke about ambitious plans to further increase oil production:

If today we are planning about 85-87 million tons of annual oil production, then by mid-2024 the production level will be up to 100 million tons. Therefore, we will inevitably have to address issues of increasing our transport capabilities.
There are even figures of 106-107 million tons of oil per year. But there is one big problem. Due to its geographic location in the heart of Central Asia, Kazakhstan is critically dependent on its two huge neighbors, China and Russia, for exports. An oil pipeline owned by the China National Petroleum Corporation (CNPC) and the Kazakh company KazMunayGas leads to the Xinjiang Uygur Autonomous Region of China. Kazakh oil goes to the international market through the territory of Russia through the pipeline network of the Caspian Pipeline Consortium (CPC). Moreover, Nur-Sultan exports more than 80% of the oil sold through our country.

Kazakh oil is pumped through the CPC infrastructure from the Tengiz (26,6 million tons), Kashagan (15,74 million tons) and Karachaganak (10,29 million tons) fields in the west of the country, entering the oil terminals of the port of Novorossiysk, from where it goes to the international market tankers. There is also a second route through the Transneft pipeline system, where Kazakh oil is mixed with Russian oil and delivered to the port of Ust-Luga in the Baltic.

As you can see, the dependence is very serious. After President Tokayev began to make unpleasant statements, various problems began to arise in the pipeline network of the Caspian Pipeline Consortium. Either two of the three oil-loading installations in Novorossiysk were damaged by a storm, then suddenly sea mines from the times of the Great Patriotic War were found, or some other environmental problems happened. Each time, due to such incidents, the work of the CPC had to be suspended, which led to a noticeable increase in oil prices and the dissatisfaction of official Nur-Sultan.

Shutting down the export pipeline network is a very effective lever to put pressure on an obstinate partner. True, there is a nuance. We should not forget that CPC is not exactly a Russian company, it is an international consortium. The partners' shares in it are distributed as follows: Chevron (USA) owns 15%, LukArco (Russia) - 12,5%, Rosneft-Shell (Russia-Netherlands) - 7,5%, Mobil (USA) - 7,5%, Agip (Italy) - 2%, British Gas (Great Britain) - 2%, Kazakhstan Pipeline (Kazakhstan - USA) - 1,75%, Orics (USA) - 1,75%. Russia has 24% of the shares directly under state control, Kazakhstan has 19%, and Oman has 7%. Endlessly "playing the fool" will not work, "dear partners" will not understand. The alternative is the nationalization of the consortium's infrastructure.

Meanwhile, the official Nur-Sultan has already begun to look for some alternative routes for oil supplies. It is assumed that partners in the Turkic Council Baku and Ankara can help him in this.

This is the Trans-Caspian route from China through Kazakhstan, the Caspian Sea, Azerbaijan, Georgia and Turkey, and from there to Europe. Naturally, bypassing Russia. The Kazakh company KazMunayGas is already negotiating with the Azerbaijani state oil company SOCAR on the use of the Baku-Tbilisi-Ceyhan and Baku-Supsa pipelines. However, everything depends on the very modest capacity of oil pipelines: 1,5 million tons of oil per year for the first and up to 3,5 million tons for the second. They are in no way able to replace the infrastructure going through Russia, only partially diversify the risks.

A lot could change if the Turkic Council partners agree to make massive investments in infrastructure: expand the capacity of the main Kazakh port of Aktau, dredging, purchase or build oil tankers and deliver them to the Caspian. Is the Turkic brotherhood ready to go for this? Apparently not yet. At this stage, we are talking only about the diversification of export risks.
Reporterin Yandex News
Reporterin Yandex Zen
8 comments
Information
Dear reader, to leave comments on the publication, you must sign in.