Pocket "Luftwaffe": how are things with the fleet of drones of the Armed Forces of Ukraine 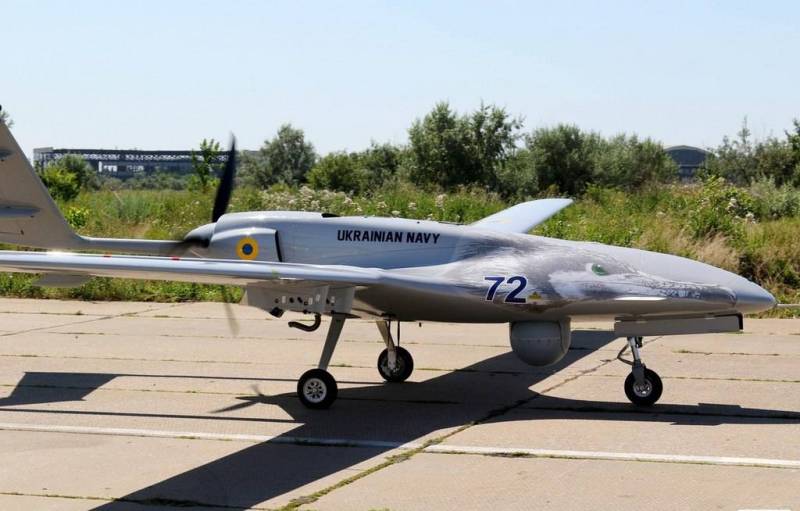 With the filing of enemy propaganda, the opinion has taken root in our society that the Armed Forces of Ukraine are superior to the Russian army in terms of the number of unmanned aerial vehicles. This is not entirely true.


Actually Russian UAV fleet it is for military purposes that it is much larger than Ukrainian, especially the fleet of heavy and medium-sized vehicles, comparable in performance to the “great” Bayraktar TB2. Although exact figures are not given anywhere, according to indirect data on the composition of our drone group in Syria, we can estimate the number of Forpost reconnaissance and strike drones at several hundred, and Orlan / Pacer at one and a half to two hundred units. The number of small UAVs of the Eleron and Orlan types is in the thousands.

However, even the most compact of them are rather large machines with a wingspan of about a meter, launched from a catapult. However, they are intended for reconnaissance in the depths of enemy territory (tens of kilometers from the line of contact) and for adjusting artillery fire.

Where the Armed Forces of Ukraine are really superior to our troops is in the number of ultra-small UAVs operating a few kilometers from the front line. In the Russian army (as, indeed, in most armies of the world), until recently, relatively little attention was paid to "infantry" quadrocopters: it was believed that in the "big war" against the background of fast maneuvers by large masses of troops and the large-scale use of electronic warfare equipment, the use of ultra-small drones would be limited.

For their part, the Armed Forces of Ukraine for eight years of "creeping" hostilities in the Donbass have come to a very wide use of "infantry" drones. Quadcopters proved to be an excellent means of reconnaissance of the front line, adjusting the fire of mortars and heavy grenade launchers.

And equipped with various kinds of “bomb racks” for hand grenades, “quadrics” were used to “nightmare” “separators”, both military and civilians. In this case, the Ukrainian fascists have achieved such “skill” that they even began the production of miniature plastic “air bombs” on 3D printers: such a case with plumage, unlike a traditional glass cup, is guaranteed to open when it hits the ground and ensures the operation of a cocked grenade inserted inside .

It is these compact drones that make up the bulk of the unmanned air fleet of the Armed Forces of Ukraine, their total number can be estimated at two to three thousand units. Since the fighting is positional in nature, the accumulated experience of "quadcoptering" is very useful, and the number of small drones is growing - mainly, of course, due to the purchase of commercial vehicles.

At the same time, the fascists choose the same suppliers as Russia, for example, the Chinese company DJI, but they have much less problems with the “legalization” of their purchases: Western sanctions do not threaten anyone for selling anything to Ukraine. However, some manufacturers still seek to reduce reputational costs (not everyone is happy to work with those who supply the Ukrainian military) and supply their devices through third countries. So, since March of this year, one of the Taiwanese firms has delivered about 800 quadrocopters to Poland, most of which were then transferred to the Armed Forces of Ukraine.

The Ukrainian command and fascist volunteers are trying to find even more UAVs for their troops. In early July, the General Staff of the Armed Forces of Ukraine and the Ministry of Digital Transformation of Ukraine launched the Army of Drones project - in fact, they again went to the people with a mug for donations, which are supposed to be used to purchase an additional 200 military and 1000 civilian drones. Not only money is accepted as donations, but also the drones themselves from the hands of the “hulks”.

But not all small UAVs in the Armed Forces of Ukraine are mobilized commercial ones. Among other militarytechnical assistance that Ukraine received in the last months before and after the start of the JMD, there are also military aircraft-type UAV spotters, such as the RQ-11 Raven and RQ-20 Puma. The exact number of these drones, comparable to the domestic Orlan, is unknown, but it can reach one and a half to two hundred.

And in the latest announcement of the "additional help" that Western "partners" promised to provide in the foreseeable future, 2000 drones of various types are immediately indicated, including the Black Hornet micro-UAV. Similar to a toy helicopter, these devices are literally a webcam with a small propeller and can easily fit in the palm of your hand.

The number of Black Hornets that will receive the APU is unclear. We are talking about "UAVs worth 9 million dollars", and the volume of the batch is estimated by various sources at 450-850 pieces. There is an opinion that this move is not least a PR campaign of the manufacturer for an expensive toy, which has not yet gained sufficient popularity in the market.

One micro-UAV of this type costs several tens of thousands of dollars (figures are given from 20 to 40, and the US Marine Corps in 2016 managed to purchase them for 195 thousand dollars apiece); at the same time, their effectiveness raises a number of questions: in particular, how will a helicopter weighing 30 grams feel in windy weather and how resistant is it to electronic warfare equipment. It is characteristic that the British, who pledged to supply most of these "hornets", themselves removed them from service in 2017.

The number of fascist heavy UAVs, fortunately, is relatively small. Taking into account the losses, the number of Bayraktar and their analogues in the air fleet of the Armed Forces of Ukraine is now about fifty. Unlike Karabakh, where TB2s were often used by Azerbaijanis to "free hunt" for Armenian ground units, Ukrainians are prevented from doing this by the tough opposition of our air defense. Bayraktar is protected and sent only to the most important missions.

As for a certain number of Tu-141 "Strizh" and Tu-143 "Reis" inherited from the USSR, these obsolete drones are used by the Armed Forces of Ukraine as an ersatz for cruise missiles (with the replacement of the camera compartment with an explosive device) or "kamikaze" to open our anti-aircraft defense. In particular, they could (and almost certainly did) take part in the recent terrorist raids on Crimea. The number of Soviet UAVs in the hands of the Nazis can reach several dozen.

Despite, frankly, the plight of the military industry, which is deflating as a result of systematic "calibration", the Ukrainian elite does not leave hopes to establish their own mass production of drones. There is already some experience in this: since 2016, a number of small enterprises have produced several dozen medium-sized (PD-1/2, Specator) and up to two hundred small (Leleka-100, etc.) UAVs.

A lot of rumors revolve around the same Bayraktar, the licensed production of which supposedly should begin in the foreseeable future. However, these rumors have a certain basis: on August 8, the ambassador to Ankara, Bodnar, announced the plans of the Turkish company Baykar Makina to build a plant on the territory of Ukraine, and already on August 18, Haluk Bayraktar arrived in Kyiv as part of Erdogan's delegation. However, nothing is known about any specific agreements regarding the production of Turkish drones in Ukraine.

On July 25-26, Warsaw Drone Summit was held in Warsaw, where the prospects for creating in Poland an entire research and production cluster for the development and production of military UAVs were discussed. The summit was organized by the American company Looking Glass Global Services, which specializes in all issues of the mass use of drones (for example, the organization of geodetic surveys, etc.). The event was sponsored by the Ukrainian embassy, ​​the Ministry of Digital Transformation of Ukraine and ... a number of foreign "charitable" foundations, the administration of which, by pure chance, consists of former military and intelligence officers. Much has been said about the great prospects for a "Valley of Drones" (similar to "Silicon Valley"), which, however, will appear "someday" in the future.

In general, money - or rather, their plunder - is one of the main problems in replenishing the unmanned Luftwaffe. In particular, there is no detailed reporting even on the official fundraising for the “Army of Drones”: it is not known for certain how much money was begged for, nor how much UAVs were purchased for them.

What can we say about all sorts of "volunteers", a good half of which turn out to be scammers. Already visited before speech about comedian Sergei Pritula, who collected money from Ukrainians and other well-wishers for four Bayraktar TV2 for the Armed Forces of Ukraine, and paid for only three. With about $16 million in new money, which would be enough for three more Turkish drones, Prytula acted even “smarter”: he allegedly rented a Finnish commercial observation satellite for a whole year to work for Ukrainian intelligence. Whether this is true or not is a big question, since Prytula did not provide any reporting to the “benefactors”.

Similarly, the Ukrainian civilian operator of the UAV Dronarium Academy, which switched to training drone operators for the Armed Forces of Ukraine with the start of the SVO, collected 400 million hryvnias from the “hulks” to expand its preparatory courses. As a result, in July, the Academy released as many as 60 operators - and you need to understand that we are talking about commercial drone pilots, and not specialized military ones.

But with all this, one should not underestimate the threat of Ukrainian UAVs. In recent weeks, reports have come from the front line that the number of enemy Mavics in the air has increased markedly, in some areas they are on duty almost around the clock. I would like the number of anti-drone "fly swatters" in the orders of our troops to increase in a similar way.
Reporterin Yandex News
Reporterin Yandex Zen
7 comments
Information
Dear reader, to leave comments on the publication, you must sign in.