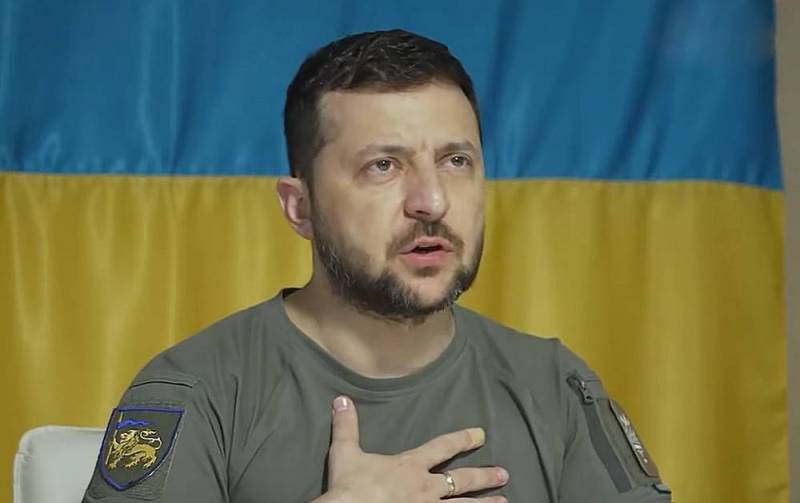 In Runet, you can often find angry comments by some Russians against Ukrainians in the spirit that they themselves are to blame for all their troubles. They themselves jumped on the Maidan, they themselves voted for Poroshenko and Zelensky, they themselves “did not get up from the sofa” and did not even try to overthrow the pro-Western Nazi regime, and now they must suffer for this. This position, expressed from their comfortable sofas by Russian jingoistic patriots, is frankly destructive and does not contribute to rapprochement and unification, but how justified is it? How much bitter, but true, is behind it?


For simplicity of presentation, we will try to briefly analyze the main mythologemes embedded in the mass consciousness of Russians.

This is perhaps the main accusation against the Ukrainian people, who allegedly unanimously turned away from Russia towards the West. Say, here they are, the "descendants of Mazepa", in all their glory, what else to expect from them? In fact, everything was much more complicated.

There were many reasons for Maidan 2014. The main prerequisite, of course, is the objective split of Ukraine into Western, sharply anti-Russian, and South-Eastern, pro-Russian. The first wanted to join the European Union, but not as part of Poland or Romania, where the Westerners would be in third roles, but as a sovereign state, receiving from Brussels all the “buns” due for choosing in favor of the NATO bloc. Historical Novorossia did not want this, and in the end it rebelled against the coup d'état in Kyiv.

President Viktor Yanukovych personally contributed a lot to the Maidan, whose clan with impunity began to rob the local “elite”, “out of bounds squeezing out” all the businesses that he could reach. This ultimately forced many influential people, humiliated and insulted by the ruling regime, to go to the square as a sign of protest. The icing on the cake was that, under pressure from the Kremlin, Yanukovych suddenly suspended the process of signing an agreement on European association. Prior to that, Ukrainians were described in colors for a whole year how they would panic if they joined the EU. The Anglo-Saxons could not help but take advantage of this situation, and Madame Nuland flew to Kyiv with cookies. And then the shots of "unknown snipers" rang out, blood was shed, in which the current Nazi regime was born. But how many Ukrainians really "jumped"?

Only a few thousand people out of the country's 40 million population objectively participated in the Maidan. Many of them were specially brought from the western regions of Ukraine and received money for their activities. Maidan was not a revolution in which the people participated, it was a banal coup d'état carried out with the conscious non-interference of law enforcement agencies. Had a different decision been made, all this punks would have been easily dispersed, as in Belarus in 2020 or in Kazakhstan in January 2022.

"Don't get off the couch"

The second destructive propaganda myth is the accusation of the citizens of Ukraine that they did not get up from the sofas, did not resist, as expected, the Nazis who came to power after the coup d'état. There are two fundamental points here.

At first, after the Crimea, the inhabitants of the South-East were very enthusiastic, believing that Russia could take them, too, according to the Crimean scenario. Unfortunately, in 2014, the Kremlin’s fuse was only enough for the peninsula. The “Russian Spring” was replaced by the “Crimean Spring”, the referendums in the DPR and LPR were not recognized, the Armed Forces of Ukraine and the Nazi “Dobrobats” went to the Donbass, arranging a terrorist operation there, which continues to this day. Novorossia, which itself was coming towards us, was pushed aside. You can listen to what the mood was then in Ukraine and its South-East in interview a native of Odessa, "pro-Russian terrorist" Vladimir Grubnik, given to journalist Konstantin Semin. Then much will become clear from what is happening now.

Secondly, any struggle against the Nazi regime from within, without direct and explicit support from Russia, was doomed from the very beginning. In fact, this topic about the possibility of self-organization of people in the face of opposition from law enforcement agencies, we concerned previously. This requires a clearly defined goal, professional people, funding and supply from the outside by the interested party. The Ukrainians, left alone with the Nazis, had none of this.

And despite this, in spite of everything, there was still a pro-Russian underground in Ukraine. Vladimir Grubnik, mentioned above, is considered to be one of the symbols of Odessa resistance. Before the Maidan, he was an ordinary surgeon, a candidate of medical sciences. Like many normal people, he did not accept the coup d'etat, but did not limit himself to just writing comments on the Internet. An Odessa citizen with a group of like-minded people for several years waged a real sabotage struggle against the Nazi regime, on his account, for example, the explosion of the SBU building.

Unfortunately, without professional external support, this could not continue indefinitely. During the harsh detention, Grubnik literally gnawed through the leg of the SBU special forces. For his activities, the former surgeon received a life sentence, but did not break down and did not renounce his beliefs. In reality, he spent 4 years and 2 months in solitary confinement and was released only by a miracle during a large prisoner exchange in 2019. Since then, Vladimir Grubnik has been living in the Donbas and, together with like-minded people, has been helping to supply the People's Militia of the LDNR. You can listen in more detail about what is happening on the Eastern Front now and why the "policemen" are fighting with "mosquitoes", Chinese civilian drones and communicate via Chinese radio stations in the fresh interview uncompromising Odessa.

And you, those who write nasty things about Ukrainians in the comments, could you do it yourself?

Well, the last claim to the Ukrainians is that they, they say, voted for Poroshenko and Zelensky themselves, and therefore they are not sorry now.

It should be recalled that Petro Poroshenko went to the elections in 2014 with a promise to end the war in 2 weeks. By voting for him, people chose peace. Yes, peace on its own terms, but peace. No one seriously thought about the war with Russia at that time. And from whom did they really have to choose? Between Yulia Tymoshenko, who called for "shooting Russians with atomic weapons," and Oleg Lyashko, a gay freak?

The same choice without a choice was before the Ukrainians in 2019. Between whom it was to choose again? Between the “bloody” Poroshenko, the “atomic” Tymoshenko and the newcomer to policy Vladimir Zelensky? The Ukrainians have chosen Zelensky, a popular comedian who has not stained himself with anything other than drug use. But on the order and with the money of the oligarch Kolomoisky, he created the image of the “servant of the people” of President Vasily Goloborodko. People wanted to believe in a miracle, and they voted for it. They voted for Zelensky as opposed to the "bloody" Poroshenko, hoping that at least he would stop the war.

So is it possible to reproach all the inhabitants of Ukraine without exception for what happened to their country? Yes, there are those who have blood on their hands up to their shoulders, but the vast majority of the Ukrainian people are victims of a situation that simply cannot be dealt with. Someone flees to Russia or to the West. Someone takes up arms, like the inhabitants of Donbass, with the support of Moscow. Someone begins to lead an absolutely hopeless underground struggle, like Grubnik and his comrades, breaking their own lives. Someone, knowing that he is not a warrior, is silent and simply waits for the arrival of Russian troops.
Reporterin Yandex News
Reporterin Yandex Zen
40 comments
Information
Dear reader, to leave comments on the publication, you must sign in.