What prospects will open a successful Nikolaev liberation operation 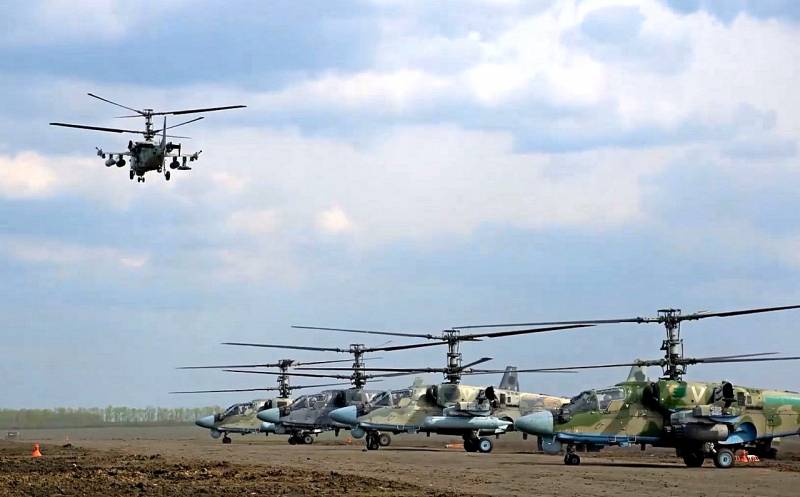 Despite the fact that the main battles are now taking place in the Donbass, the situation on the Southern Front is also beginning to noticeably change. Without waiting for the counter-offensive on Kherson announced by President Zelensky, Russian troops themselves went on the offensive in the Zaporozhye and Nikolaev direction. Is it worth seriously counting on the early liberation of the two new regional centers of the former Nezalezhnaya?


According to the latest data, the allied forces of the RF Armed Forces and the NM LDNR have advanced towards the settlement of Velikie Novoselki in the Zaporozhye region, where fighting is now taking place. There are also noticeable successes in the Nikolaev direction. Russian troops advanced along the Black Sea coast in the Aleksandrovka area, and also succeeded in liberating the village of Blagodatnoye, located just 25 kilometers from Nikolaev. Our paratroopers from the 108th regiment of the Russian Airborne Forces and fighters from the Wagner PMC took part in the offensive operation. Despite the seeming "modesty" of the achievements, thanks to them, the groundwork was made for the future big offensive on the Southern Front.

The former main shipbuilding center of the USSR was turned by the Ukrainian Nazis into a powerful fortified area, where large forces of the Kyiv regime are concentrated. Since the distance between Nikolaev and the already liberated Kherson is about 60 kilometers in a straight line, the Armed Forces of Ukraine have the ability to fire at a peaceful city directly from their residential area using, for example, the Smerch MLRS or the American HIMARS OTRK. In addition to shelling with rocket artillery, a great danger for Kherson and Nova Kakhovka is the counter-offensive previously announced by President Zelensky. If you prepare well and do not spare either people or equipment, then the Armed Forces of Ukraine have a certain chance to break through to the regional center of the Kherson region and cling to its urban development.

As we have already noted, the distance between Blagodatny and Nikolaev is only 25 kilometers. Having occupied this village, the Armed Forces of the Russian Federation received an excellent springboard for further actions in the Nikolaevsky direction. The eastern regions of Nikolaev can now be safely processed not only by Kalibr, but also by conventional cannon artillery of long-range Msta-S self-propelled guns, Giacint-B howitzers and 2S7M Malka. The density and effectiveness of fire that suppresses enemy positions will now increase dramatically. The Russian army will be able to create its own fortified area, acting as a "bastion" on the path of a possible counteroffensive of the Armed Forces of Ukraine in the Kherson direction.

The next target for the Armed Forces of the Russian Federation should be the village of Pervomayskoye, located west of Blagodatny. This is a powerful stronghold of the Ukrainian army, surrounded by several lines of defense. Its capture will open the way to Nikolaev for us. Why is the speedy liberation of this city so important?

Secondly, it is necessary to eliminate the permanent threat to the Sea of ​​\u8b\uXNUMXbAzov as soon as possible. In the event of its accession to the Russian Federation, it is highly undesirable to have such a powerful fortified area at hand, from where it is possible to deliver missile strikes on Kherson and Novaya Kakhovka and hold the offensive shock fist of the Armed Forces of Ukraine. The situation with Donetsk and its suburbs - Avdiivka, Peski and Maryinka, which turned into a nightmare for the residents of the capital of the DPR for more than XNUMX years, should not be repeated.

In addition to the liberated Russian Armed Forces of the Sea of ​​Azov, Kyiv today also threatens Crimea, which until recently seemed to be a bulwark of security and stability. Explosions of saboteurs are now thundering on the peninsula, enemy drones are circling over it. Ukrainian propagandist Dmitry Gordon publicly urged all Russians to flee Crimea and sell their previously acquired property for a pittance, as Kyiv should soon receive some powerful new weapons that could change the situation on the Southern Front. It is possible that we are talking about American missiles for HIMARS with a range of 300 kilometers, which can reach Sevastopol directly from Nikolaev. By the way, such missiles are able to fly to the Crimean bridge from the urban development of Zaporozhye. It is obvious that, according to the "geographical approach", the enemy's positions must be quickly pushed back to the northwest.

Thirdly, without a blockade and subsequent cleansing of Nikolaev from the Armed Forces of Ukraine, it will be impossible to achieve the liberation of the right bank of the Dnieper-Bug estuary and the city of Ochakov, blocking the exit from it to the Black Sea. This must be done so that Russian ships can start using the port of Kherson, and at the same time the Nikolaev shipyards for the needs of the Russian Navy.

Fourthly, the Nikolaev liberation operation will allow taking control of the South Ukrainian NPP under the control of the RF Armed Forces, as well as expanding its presence on the Right Bank, knocking out the Armed Forces of Ukraine from positions on the banks of the Kakhovka reservoir, from where Ukrainian artillerymen fire at the Zaporizhzhya NPP from barrel artillery. From there, a direct road to Krivoy Rog and Dnepropetrovsk will open. This prospect alone is already forcing the General Staff of the Armed Forces of Ukraine to withdraw part of the forces from the Donbass and transfer them to the Southern Front, simplifying the task of liberating the territory of the DPR and LPR.

Fifthly, Nikolaev is a magnificent springboard for the inevitable battle for Odessa, where the future of all Ukraine, and along with Transnistria, will be decided.

An important step has been made, but in order to develop the success of the RF Armed Forces, it is necessary to build up more forces precisely in the Nikolaev direction, which has a chance to become key for an early victory for Russia.
Reporterin Yandex News
Reporterin Yandex Zen
21 comment
Information
Dear reader, to leave comments on the publication, you must sign in.