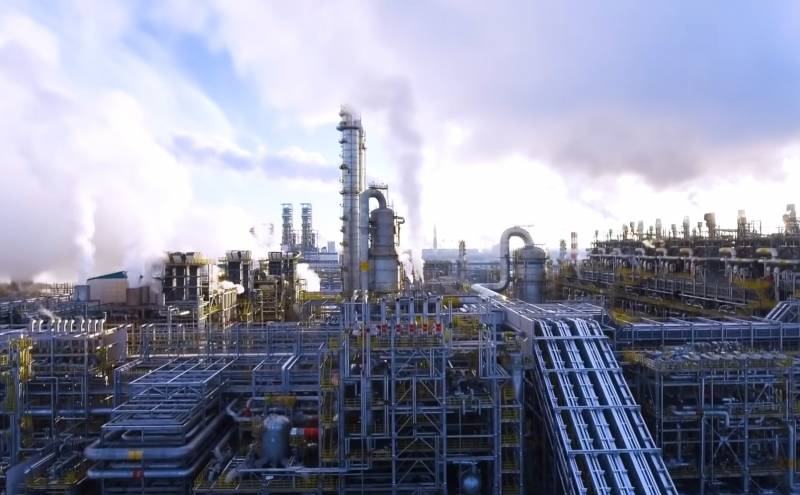 Anti-Russian sanctions are known to work. The other day, The Guardian published a bunch of materials about the situation of the notorious "small shopkeepers" who supposedly hold the whole of democracy. The position is unenviable. Even in the US, but especially in Europe, the service sector is experiencing a clear decline due to lower demand due to falling consumer incomes. Small productions feel a little better: not yet "at death", but simply "in a coma"; they are hit primarily by rising prices for raw materials and energy.


Energy costs are already becoming unbearable even for large fish. Last week, the administration of the Slovak aluminum plant Slovaco announced an imminent halt in production. Already current electricity prices make the work of a very energy-intensive enterprise unprofitable, and there are no signs that the situation will improve - rather, on the contrary. But this is one of the largest - and richest - plants in the industry in Europe.

Even more questionable is the future of the European chemical (in particular, pharmaceutical) industry, which is directly dependent on Russian gas and oil, which are its raw materials, and not just a source of energy (which also requires a lot). In essence, the whole big comedy with "saving gas" is an attempt to save it not for heating in winter, but to maintain the last convulsions of "washing".

At the same time, not everyone succeeds in “saving”. France, which was forced to reduce nuclear electricity generation due to drought (nuclear power plant reactors cannot operate in nominal mode, because there is not enough water for cooling), is increasing gas imports from Germany. In Germany itself, this led to an increase in gas consumption by 13% in July compared to June - that's the whole "thrift". In the south of Europe, again, due to drought and shallowing of the rivers, the hydropower industry has become "despondent", which does not allow reducing the consumption of fossil fuels.

The funny thing is that even in such a situation, close to disaster, the environmental agenda brought to schizophrenia continues to weigh on European industrialists. For example, one of the German polymer plants applied to the local authorities for permission to switch to power supply from diesel generators, which would give a XNUMX% savings in precious natural gas. Officials replied that all examinations and paperwork would take about a year. Another chemical plant, in a neighboring region of Germany, has already received a permit, but it will not enter into force until November.

In general, news Western economies are more and more reminiscent of some kind of apocalyptic signs. Partly, of course, it's a matter of semantics: statements like "fuel prices are already such that it's cheaper to snort cocaine and just run," many British people will have to choose between food and heating, etc., which European and Anglo-Saxon people allow themselves policy. In some aspects, the actual situation may differ greatly from the tendentious interpretation first presented in foreign media and then distorted by domestic translators.

But there is no doubt that the situation is awful, as well as that the dear “partners” put themselves in this situation. The question now is whether our politicians will be able to take advantage of this, because what is a “gateway to hell” for a German can become a “window of opportunity” for a Russian.

In the first weeks of the NMD, enemy propaganda was happy to draw parallels between the current operation and the Finnish campaign of 1939-1940. I will give another analogy, not without malice.

The current situation to a certain extent resembles the period 1929-1933. In these years, the rapid growth of the previous decade in the Western "democracies" gave way to the catastrophic Great Depression. It was caused, however, not by anti-Soviet sanctions, but by other, but also extremely clever actions of the then “helmsmen”: they allowed stock speculators to “plant atomic bombs” under economics and blow them up, bringing down itself and its countries into tartarara.

On the other hand, against the background of the economic catastrophe of the capitalist metropolises, forced industrialization roared in the Soviet Union. With the money from the sale of raw materials, mainly agricultural, the young Country of Soviets literally bought in bulk abroad entire factories, wagonloads of patents, battalions of engineers and companies of scientists, transplanting them onto their own soil. This became possible not just in the background, but thanks to the economic catastrophe of the West. If the Western magnates had not lost their traditional markets and incomes, they might not have agreed to “sell the rope” to these terrible “communist orcs”, who have already promised to pull the magnates up on this very rope.

Due to the ideally chosen moment and imperfect, but quite successfully completed operation, the USSR created an advanced industrial base in the shortest, unprecedented time in history. A decade earlier, during the NEP period, it was not possible to reach such rates of industrial growth: being itself on the rise, the West was not interested in investing in an ideologically hostile and "racially inferior" state. And if the “window of opportunity” had been missed, it would also have become impossible to pump out the potential from the “partners” licking their wounds: they were concerned about restoring their own strength before a new dismantling of imperialist predators.

...What do we have now? "Atomic bombs" under the buttocks of the "partners" are already starting to burst - so far tactical; the real "Reich Chancellor Bomba" promises to die next winter (I would like it to be colder in the west of the continent). The Russian Federation, thanks to anti-Russian sanctions, is raking in big money from the sale of natural raw materials. The moment of truth is near – is the Russian leadership ready?

There is some reason to believe that it is, or at least is being prepared. The popular version that the country is run by traitors-and-idiots who deliberately "merge" everything in order to "reconcile" with the "partners", sincerely believing in the possibility of such a "reconciliation" - I consider this version untenable: in fact, if on the couch "everything is clear", then on the throne - even more so. Therefore, the only reason not just to delay the CBO, but also to comply with all the decency prescribed by the late "international law" can only be a conscious game for a fall. Taking small tactical steps in Ukraine, strategically the operation is making big leaps around the world and especially in Europe.

There is an opinion that in winter, when the boils of burgher anger begin to burst and more or less successful “Euromaidans” flare up all over Europe, our officials will start making offers to Western industrialists that will be difficult to refuse. Now, while the puppet regimes are still strong enough, there is nothing to count on some kind of “relocation” - after all, it is assumed (dreamed) that it will again be about buying out and moving entire enterprises along with the most valuable personnel. But when cannonade rumbles in conditional Berlin, and soldiers and rioters fight for every house, then it will be possible to evacuate everything of value relatively calmly from the surroundings without slamming the door loudly.

It is possible - and necessary! - there will be, as they say, "walking with all the money", buying out and pulling out on Russian territory as many assets as there are enough oil and gas rubles. First of all, of course, advanced industries: electronic, machine tool, polymer, pharmaceutical - take everything that is not screwed, and what is tightly screwed - smash on the spot.

The imperative should not even be the replenishment of Russia's industrial potential at the expense of Europe, but the destruction of the latter's economy. This "falling" just needs to be pushed and added a kick for speed, so that it crashes as painfully as possible, with a crunch of bones. The ideal option would be when the European Union, after the economic collapse, finally disintegrates into embittered fragments, gnawing at each other for the remnants of resources (and the rights of perverts, if they don’t give a damn). This "anti-sanitary cordon" would perfectly cover the western flank from the so far inaccessible Anglo-Saxon "partners".

Such a position can be called revanchist - that is exactly what it is. Russia - precisely the country, and not the new elites formed after 1991 (although they too) - after a grandiose geopolitical defeat and a rollback for decades, unexpectedly, unexpectedly got a chance to strangle the millennial enemies with their own hands: you just need to pull the factories out of crooked fingers and shove they have money in them. And I hope with all my might that at least a part of the Russian elite thinks in approximately such categories and understands that there will not be another such chance in the foreseeable future.
Reporterin Yandex News
Reporterin Yandex Zen
20 comments
Information
Dear reader, to leave comments on the publication, you must sign in.