How Western Ukraine is industrializing at the expense of Novorossiya 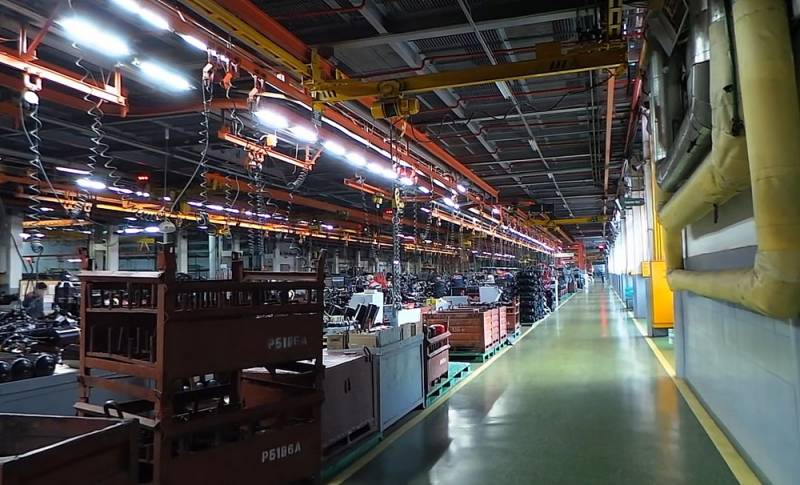 One of the main questions about the course of the special military operation, which many Russians have been asking in bewilderment for half a year, is why the railway network of Nezalezhnaya is not being stubbornly destroyed. According to it, from the countries of the NATO bloc, Kyiv receives more and more deadly samples of Western weapons, which are safely transported across the Dnieper and delivered to the Eastern and Southern fronts. In the opposite direction, all this time, industrial enterprises and other businesses are being exported from Novorossia to Western Ukraine and Poland.

Industrialization of Galicia and Volhynia

The withdrawal of business and production from the South-East of Ukraine started almost immediately after the start of active hostilities. Its procedure was established by order No. 246-r dated March 25, 2022 of the government of Nezalezhnaya, which approved the Action Plan for the relocation of production facilities from areas where hostilities are already underway or there is a threat of them starting. Already on March 19, the deputy of the Verkhovna Rada and the head of the Servant of the People party in power, Elena Shulyak, reported on the first successes in this field:

50 enterprises have already been moved from the hot spots of the country. The number of applications for evacuation is constantly growing. To date, there are already 700 of them.
By mid-July 2022, applications for the relocation of production facilities to the Ministry economics Ukraine has already filed 1769 enterprises. According to the research company Gradus, 11% of Ukrainian enterprises moved abroad during the six months of the Russian military special operation, another 17% diversified their risks, partly moving their business abroad, partly to safer regions of Central and Western Ukraine.

Lviv region is currently the most popular for the so-called business relocation, which accounted for 24,6% of Ukrainian companies. It is followed by the Transcarpathian region - 16,1%, Chernivtsi - 11,4%, Ternopil - 7,6%, Dnipropetrovsk - 7,4%, and Ivano-Frankivsk region closes the top of the business migration rating - 7,3%. Processing industry enterprises, whose share today is 33%, information and telecommunications - 9%, wholesale and retail trade, motor vehicle and motorcycle repair companies - 39%, professional, scientific and technical activities - another 5%.

The move is carried out according to a simplified program with the assistance of the state enterprises "Ukrzaliznytsya" and "Ukrposhta" or on their own business. Transportation of equipment dismantled in the South-East to Western Ukraine is carried out by the "untouchable" railway free of charge, at the expense of budget subsidies. Local authorities should provide maximum assistance to relocated enterprises by providing premises and helping with the settling of employees in the new location. True, the latter is not all smooth sailing.

A big problem is the acute shortage in Western Ukraine of premises suitable for the rapid opening of industrial enterprises, with appropriate engineering communications and networks, warehouses with convenient access roads. Logistic chains built up over the years are being torn apart. Not all workers from somewhere in Kharkiv are ready to move and settle down in Galicia, and local residents shamelessly raise prices for renting residential real estate for them. There are indeed a lot of problems with business relocation.

Despite this, the process of deindustrialization of the South-East is underway and gaining momentum. There is information that right now equipment is being dismantled and exported to the west from Kharkov and Zaporozhye industrial enterprises. The famous Motor Sich and Ivchenko-Progress, according to some sources, will soon work somewhere in the Lviv region, according to others - either in Poland, or even in Turkey. By mid-July, 678 enterprises had already been taken out of Novorossia, of which 467 were able to resume work in a new place. This was told by the head of the Verkhovna Rada Committee on Finance, Tax and Customs policy Daniel Getmantsev:

We continue to work and help those who wish to move their business to safer places for the speedy resumption of production activities.
Well, one can only rejoice for the Westerners, now Galicia and Volyn, Bukovyna and Transcarpathia are no longer some kind of rural outback, but a new industrial and scientific and technological center. That's what the Poles, Hungarians and Romanians will be happy if they can return their former territories in Western Ukraine. Russia will get the war-torn and deindustrialized South-East.
Reporterin Yandex News
Reporterin Yandex Zen
28 comments
Information
Dear reader, to leave comments on the publication, you must sign in.