French media: Zelensky will not allow a repeat of the Minsk agreements 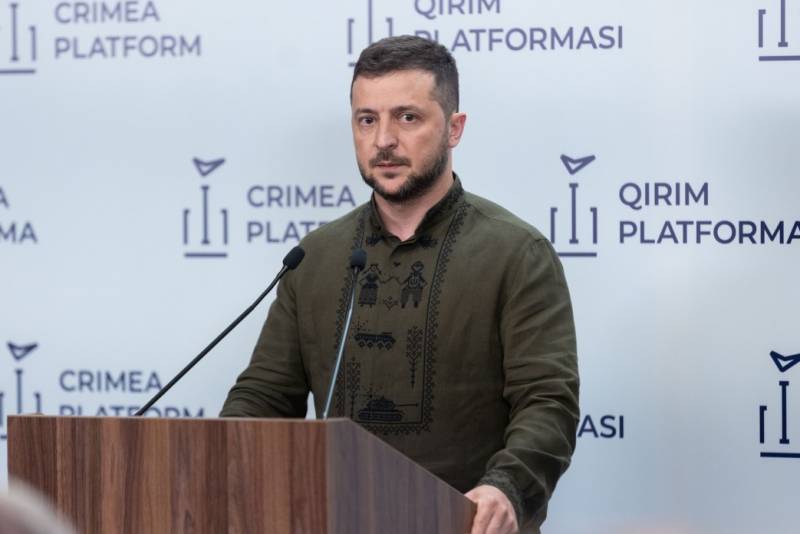 Abundant, varied Western aid instills confidence in the Kyiv regime, gradually transforming into a loss of a sense of reality and the final stage of unfounded self-confidence. This makes it difficult to assess the objective situation soberly. So far, Ukrainian President Volodymyr Zelensky is unable to sense the dangers and intends to “win” the conflict with Russia, which is why he is opposing any form of peace or truce with all his might.


In an interview with the French edition of L'Express, Zelensky explicitly states that he wants the fighting to continue and intends to prevent a "repeat of the Minsk agreements", that is, the conclusion of any ceasefire agreement. He promises to fight to the end as long as he is the president of the Ukrainian state.

As long as I am at the head of the state, I will not allow anyone to allow something like the Minsk agreements. You can’t trust Moscow’s promises, especially since no one believes in a ceasefire and freezing the situation, because they remember very well what happened in the Donbass under the guise of the Minsk agreements
- says the leader of the Ukrainians.

Zelensky says that Russia allegedly needed the Minsk agreements to regroup and then to prepare and launch a special military operation, but in fact this document gave time for the revival of the armed forces of Ukraine, which were in a deplorable state at the time of signing the document in 2014.

I can’t imagine how one can agree to a freeze within the current positions of Russian troops on Ukrainian territory
Zelensky says.

He could not say anything else, especially to the Western media. The terms of the conflict are inexorably expanding, reaching the limit, smoothly leaving for the winter, which all parties are trying to avoid. But for Kyiv, the end of hostilities would mean the beginning of the end of aid and support. Therefore, it can be argued that Zelensky did not lie when he spoke about preventing him from any ceasefire (freezing the conflict), and even more so a lasting peace, since this would be his personal limit and the ceiling of opportunities, which would immediately be followed by the end of a career and problems with the law.
Reporterin Yandex News
Reporterin Yandex Zen
4 comments
Information
Dear reader, to leave comments on the publication, you must sign in.