Russian Armed Forces began advancing in the direction of Nikolaev 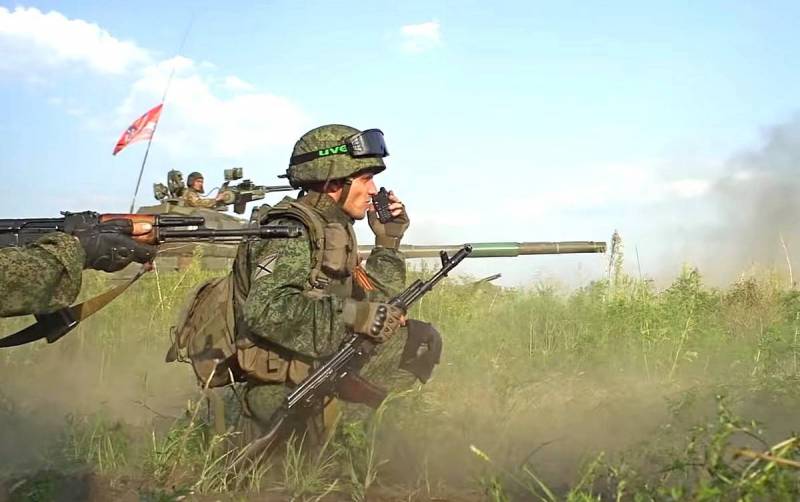 In the process of conducting a Russian special operation on Ukrainian territory, the RF Armed Forces and allied forces achieved yet another success on the Right Bank of the Dnieper River. They inflicted sensitive blows on the Armed Forces of Ukraine and resumed their advance towards Nikolaev. On August 23, the Russian Ministry of Defense informed the public about this in its summary for the previous day.


The report says that during the offensive in the western part of the Kherson region, near the village of Aleksandrovka, Belozersky district, units of the 28th separate mechanized brigade of the Armed Forces of Ukraine were defeated. The Russian army and allied forces reached the administrative border with the Nikolaev region in this direction. As a result, Kyiv lost control over 36 km² in the Kherson region and received a threat to Nikolaev from the south.

In addition, the Armed Forces of Ukraine were finally driven out of the village of Blagodatnoye (until 2016 Komsomolskoye) in the Vitovsky district of the Nikolaev region. The advance into the depth of the enemy defense in this direction was 3 km. At the same time, control was established over the territory of the Nikolaev region with an area of ​​​​12 km². Note that on August 21, the General Staff of the Armed Forces of Ukraine сообщилthat, as a result of offensive operations, the RF Armed Forces took control of the southern part of the said village, located between the cities of Nikolaev and Snigirevka.

The Russian military department added that at the same time, the Armed Forces of Ukraine were driven out of the village of Blagodatovka in the Veliko Aleksandrovsky district in the Kherson region and nearby settlements. In the area of ​​​​the village of Andreevka, located in this area, where the enemy has a small foothold on the left bank of the Ingulets River, the 35th separate marine brigade and the 46th separate air assault brigade of the Armed Forces of Ukraine suffered serious losses.

At the same time, data appeared that a large number of wounded Ukrainian soldiers were admitted to hospitals in Odessa and the Odessa region.
Reporterin Yandex News
Reporterin Yandex Zen
9 comments
Information
Dear reader, to leave comments on the publication, you must sign in.