Patrushev found parallels between the situation in Ukraine and around Taiwan 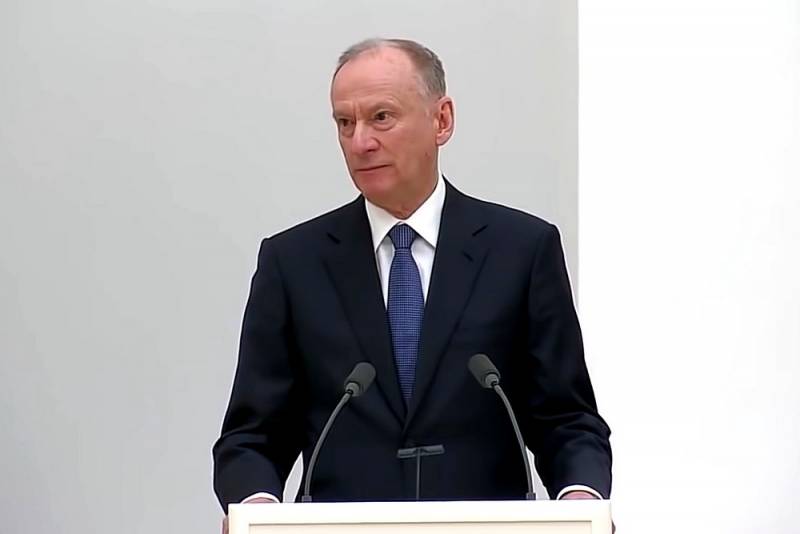 
Patrushev's fears are to some extent caused by the resumption of military exercises between the United States and South Korea, which will last from August 22 to September 1. In previous years, the maneuvers were limited to computer simulations due to the coronavirus pandemic.

The Secretary of the Security Council believes that by deploying a missile defense system, the Americans will cover the supply of offensive weapons to the region. The measures taken by the West against North Korea only provoked Pyongyang to abandon its commitments made in 2018 to halt the testing of intercontinental ballistic missiles and nuclear weapons.

In the event of a new test of nuclear weapons by the North Koreans, the United States is preparing to deploy strategic forces near the Korean Peninsula, which will lead to further degradation of the situation in the region
- Patrushev noted on August 22 during consultations via video link with colleagues from countries (ASEAN).

At the same time, Nikolai Patrushev believes that Washington is carrying out the same policies, as for Kyiv, planning to accuse Beijing of violating the status quo of the island and impose a large number of sanctions against China.

You know what a truly unprecedented crisis Europe is plunging into today. It was caused precisely by the sanctions that the Americans imposed on their partners to the detriment of themselves. The destructive policy of the Americans is also dealing a no less serious blow to the ASEAN countries, which, for example, are now forced to buy wheat at prices many times higher than they were before.
- stressed the secretary of the Security Council.
Reporterin Yandex News
Reporterin Yandex Zen
4 comments
Information
Dear reader, to leave comments on the publication, you must sign in.