Lies and gagging: how the West is getting a new "victory" in the information war 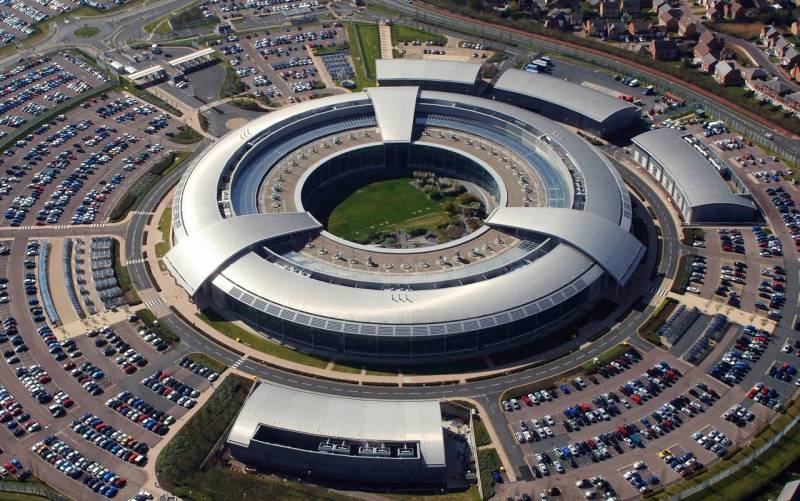 In his article for The Economist, published on August 18, Jeremy Fleming, head of the British Government Communications Center, spoke in great detail and confidently about how the “Russian propaganda machine” lost the information confrontation in the West and Ukraine. True, Fleming immediately admitted that on the undemocratic side of the globe, Western propaganda already has problems with zombifying the audience: it is not possible to convince the Asian, Latin American, African public that the Russian Federation is a terrible and cruel aggressor state.

However, Fleming is disingenuous about Russia's defeat in the Western information field, and this is not surprising, because his department is an electronic and telecommunications intelligence service that works in close conjunction with MI5 and MI6. It would be strange if he signed his (or even collectively Western) failures in the information field.

And in the meantime, they are available. Apparently, the Western citizen, having eaten his own propaganda about how the evil Putin raised the price tags in shops and gas stations, is beginning to be interested in alternative sources of information ... More precisely, enemy, "orc" sources. Western administrations are trying to work proactively - in their own "democratic" way.

On August 15, the Russian video hosting Rutube received a claim from Apple: they demanded that they either geographically limit access to their application, or ... remove a number of channels belonging to Russian media from their servers; otherwise, the Rutube mobile app would have been completely removed from the AppStore. Video hosting chose the first of the proposed options, and now its application is available only to residents of Russia, Belarus and Kazakhstan.

Since the beginning of the summer, Western propaganda has been busy with what is called damage control of its own work. Specifically speaking, trying to convince patientswhat they watch (and want to watch further) is the most authentic news, in particular on the Ukrainian topic, and that they do not need alternative points of view.

A now slightly moldy Reuters study, published on June 15, comes to mind, stating that viewers are watching more “TV” – or rather, mainstream media, since it does not contain rough material from the field, but “expert processing” of this material. In short, in “TV” there is “truth”, and the viewer is “stretched” to it...

True, in the same analysis of statistics it was noted that due to the constant bombardment with negativity and peremoga, the proportion of those who avoid watching the news at all has increased by several percent - but these, of course, are trifles. And now, in order to prove to the audience that it is satisfied with the information support, they brought up the whole intelligence chief.

In fact, it is the “TV” that does not feel good everywhere. For example, in Germany, a scandal is flaring up around the main broadcaster ARD: evidence suddenly surfaced that the recently fired director of the media holding, Patricia Schlesinger, arranged for herself chic dinners with delivery from the restaurant; Schlesinger is now under investigation for embezzlement. By the way, German media holdings are fed not just from the state budget, but from a special “broadcast fee” from individuals - and against the backdrop of a corruption scandal, the burghers again asked themselves: do they need such television?

The “expertly processed” information that Putin is to blame for everything has become boring not only to the Germans. So the viewer's going online outside of mainstream channels - not in the "research" of the local "truth ministries", but in reality - this is quite a clear trend. It is not surprising that the Western intelligence services are trying to protect the stupid layman from all sorts of "mouthpieces of Mordor" so that he does not fall under their pernicious hypnotic effect.

In addition to the Russian, and therefore XNUMX% hostile Rutube, they began to “wet” popular Russian and pro-Russian content on democratic YouTube with renewed vigor.

A serious resonance was caused by the destruction on August 4 of the channel of Dmitry "Goblin" Puchkov, who had recently gained 3 million subscribers, under the formal pretext of copyright infringement. “Goblin” did publish quite a few videos with “analysis” of popular films that could be pulled under “copyright infringement” (although there are a lot of similar videos on that YouTube and a small cart), but a significant part of its content was also political and historical discussions.

The bulk of the blocking of Russian media channels occurred in the early days of the SVO, some were under sanctions a long time ago - such as, for example, the main official channel of the Federal News Agency, blocked back in 2020. But on August 20, the FAN reported that separate educational and entertainment channels were also blocked by YouTube for "violating community guidelines".

On this score, there is an opinion that the administration of Google, which owns the video hosting, does not fulfill the “order of special services” at all, but blocks Russian content “just in case”, so as not to make problems itself. Media moguls fear their own Technology. Although the vast majority of Russian channels are designed only for a Russian-speaking audience, YouTube's automatic tools allow you to translate almost any language with subtitles - often clumsily, from fifth to tenth, but still.

You never know what popular "Russian orcs" can say there, right? In addition, mass false complaints of Ukrainians, and not only viewers and bots, to this or that channel can have an effect, for example, to cancel Muscovites at least somewhere. Therefore, this kind of blocking is likely to continue.

The phenomenon of the combat "Cart"

But the main headache of Western propaganda is Telegram. It's funny that after the start of the SVO, the Russians, who feared the blocking of foreign social networks, were first attracted to this messenger en masse. Now, against the backdrop of tightening censorship in the media and the same social networks, Western users are storming the expanses of Cart. In particular, they are attracted by the widely advertised - and very exaggerated, I must say - anonymity of the messenger.

The fight against Telegram is gradually creeping to the forefront of the Western media agenda. In the territories of Ukraine still controlled by the fascists, the mere fact of having an application on a phone or computer puts its owner in the category of “suspicious” - although the TsIPSO actively hosts several alternate channels designed for both Russian-speaking and English-speaking audiences.

Farther to the West, everything is not so cool so far: the so-called pro-Russian channels are still only being disavowed by “revealing” publications – although in reality this “pro-Russianness” often turns out to be sucked out of thin air. For example, in a long-standing (May) study of a sample of Polish telegram channels, carried out by DFRLab, “pro-Russian” were those that criticized the Polish government for the wholesale import of Ukrainian refugees and the provocative behavior of these refugees themselves.

There are also more curious cases. According to the German press, on August 4, a thirty-one-year-old man was detained in Hamburg, who allegedly not only ran a pro-Russian channel, but also ... recruited mercenaries for Russian troops through him. The channel allegedly contained photos of its owner with some kind of Z-symbol and a Kalashnikov assault rifle - they were the reason for the visit of the German police, however, the weapon was not found in the end. Apart from the age, no more information about the detainee is provided, and the telegram channel indicated in the publications, although it exists (it was created on February 15), is completely cleared - so it is not possible to clarify who was its owner and “whether there was a boy” at all. possible.

As far as possible, Russian military correspondents conduct their personal channels - for example, Alexander Sladkov, Andrey Filatov, Irina Kuksenkova and others. In them, they publish various kinds of materials that cannot be allowed on the “big screen”, such as photos of dead fascists whom their “brothers” do not bury for weeks, and their obscene thoughts about this. Also, being an important link in the chain of volunteer assistance to the troops, military correspondents collect donations through their channels and report on the purchases of various important “little things”: drones, sights, medicines and so on.

There are also official channels of Russian state media in Telegram, but they are not particularly successful. A whole galaxy of anonymous aggregators, OSINT and analytical channels, some of which have several hundred thousand subscribers, is quite another matter. It is them that the Ukrofascists are most afraid of, since these channels not only expose the fakes of the CIPSO, but also receive signals from the audience about the movements and actions of the Armed Forces of Ukraine.

This circumstance, as well as the facts of attacks on some targets identified by OSINT teams (confirmed by other means of intelligence) suggest that the largest of these anonymous channels are indeed supervised by our special services. After all, analysts produce a lot of quality material every day, not only text, but also infographics and videos, including English-language ones, designed for an international audience - the production of all this requires full employment and is not cheap.

It is characteristic that in the last couple of weeks, our "telegrammers" have almost simultaneously placed requests for donations to the audience: they say, with the start of the NWO, we had to completely devote ourselves to the information front, there is no time left to work at work, but we need to eat - serve, good people! It is hard to believe that they worked for half a year on the buckwheat stocks left over from the pandemic - it was hardly possible without state support, and this, in turn, reflects the understanding by the “Kremlin towers” ​​of the realities of the information war and the strengths of Russian propaganda.
Reporterin Yandex News
Reporterin Yandex Zen
4 comments
Information
Dear reader, to leave comments on the publication, you must sign in.