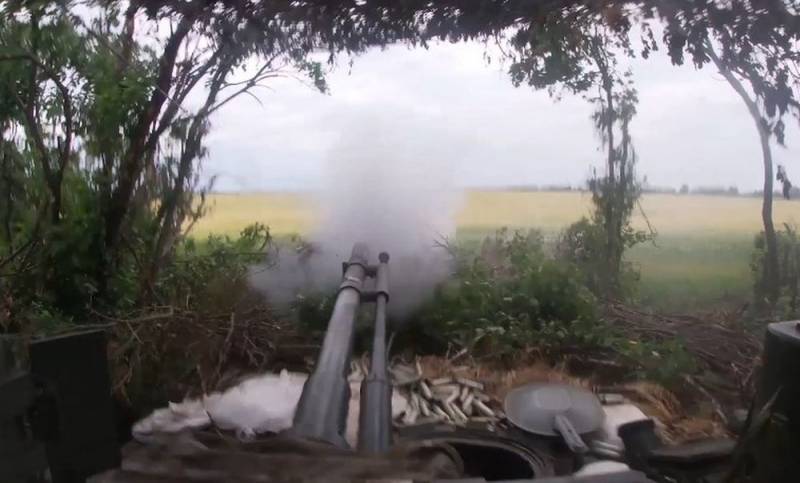 In the course of offensive actions, the RF Armed Forces took control of part of the village of Blagodatnoye in the Nikolaev region. This was announced on August 21 by the General Staff of the Armed Forces of Ukraine in its report.


It should be noted that if the Russian army gains a foothold in the mentioned settlement (not to be confused with the one of the same name in the Kherson region, located to the south), it will be able to move along the section of the Nikolaev-Snigirevka-Krivoy Rog railway. The report of the Ukrainian military provides details of what happened on the Right Bank of the Dnieper over the previous day.

On the Nikolaev direction (the enemy - ed.) is conducting an offensive battle in the direction of Vasilka - Blagodatnoye, has partial success, occupied the southern outskirts of the Blagodatnoye settlement, hostilities continue
- says the summary. 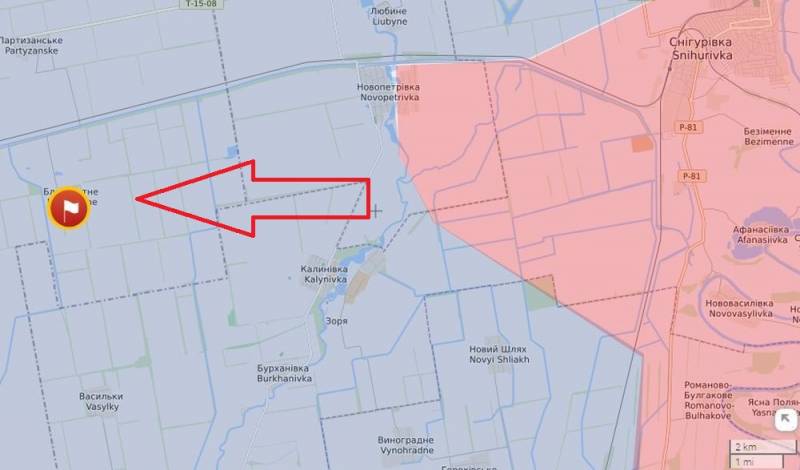 As for the neighboring Yuzhnobugsky direction, the RF Armed Forces carried out aerial reconnaissance using UAVs. After that, they used tanks, cannon and rocket artillery, firing at the positions of the Armed Forces of Ukraine near 17 settlements, including Stepnaya Dolina and Limany. At the same time, the Russian Aerospace Forces launched airstrikes near Olkhany, Zarechny, Novogrigorievka, Belaya Krinitsa, Tavriysky, Lozov and Andreevka.

Russian-Ukrainian expert Yuriy Podolyaka drew attention to what was happening, who shared his thoughts on what happened in his personal Telegram channel. He pointed out that the RF Armed Forces launched an offensive from the side of the bridgehead, which is located on the right bank of the Ingulets River near Snigirevka. This bridgehead is of strategic importance for further advance towards Nikolaev and Krivoy Rog. Over the past months, the Armed Forces of Ukraine have not been able to knock the Russians out of him despite numerous attempts. But the goals of the Russian offensive that have begun are still unclear.

Podolyaka suggested that the actions of the RF Armed Forces in this area could be both reconnaissance in force and an attempt to improve their position in the area. At the same time, he did not rule out that the advance could also be part of a larger operation to eliminate the threat of a UAF counteroffensive on Kherson.

And in this regard, reports are very interesting that the missile units of the RF Armed Forces have been trying to hit the main Nikolaev artery through the Southern Bug - the Varvarovsky bridge for the third day already. And what we see today may be part of the operation, incl. and to take under the control of the Armed Forces of the Russian Federation most of Nikolaev with the release of the Allied Forces to the line of the Southern Bug on a wide front. For example, to New Odessa
Podolyaka summed up.

We remind you that over the past few months, Ukrainian functionaries have been publicly talking about the imminent start of a counteroffensive on Kherson. But while they were engaged in PR of the Armed Forces of the Russian Federation, they pulled up reserves on the Right Bank of the Dnieper and strengthened their positions, and now they have begun to expand control over the area.
Reporterin Yandex News
Reporterin Yandex Zen
2 comments
Information
Dear reader, to leave comments on the publication, you must sign in.