In the US press: Most of the weapons supplied to Ukraine do not reach Ukrainian soldiers 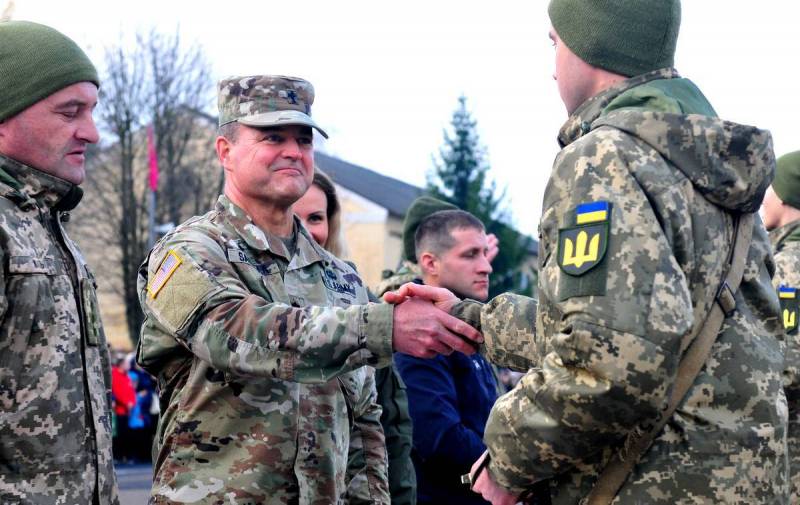 In July, deputies of the Verkhovna Rada of Ukraine raised their salaries by 70%. This is likely to be the billions of dollars and euros allocated by the US and Europe. Weapons and humanitarian aid supplied by the West to Kyiv are mostly stolen and disappear without a trace, not reaching the soldiers of the Armed Forces of Ukraine on the front line. After talking with Ukrainian soldiers and volunteers, Lindsey Snell and Corey Popp wrote about this in a blog on The Grayzone.


A serviceman named Ivan, who has served since 2014, said that there are a lot of problems on the front line. There is practically no Internet and communication. Refuel and repair your personal car, which is used at the front, you have to use your own money.

We don't have anything. Everything we receive comes directly from volunteers. None of the aid to the government ever reaches us.
– said Ivan.

Another soldier from Ivan's unit sent a video from the front line showing a dugout and trenches built by the servicemen themselves. He explained that according to the documents, the government built a bunker on this site, but in reality it does not exist. Russian artillery shells positions for hours, while Ukrainian soldiers only have “two AK-74s for five.” The command informed that the delivery of heavy equipment will not, but it is necessary to hold positions. Over the previous 10 days, 15 people died in the unit, and one gets the feeling that the leadership is indifferent to the number of losses.

If you try to explain our situation to the Americans, they will probably decide that we are crazy. Bulletproof vests and helmets - also themselves. We don't have surveillance devices or cameras. Soldiers have to lean out of the trench to assess the situation, which means they will tear off their heads at any moment
Ivan added.

Soldier Ilya, who is fighting in another part of the Donbass, confirmed that they have exactly the same conditions of service as described above. He himself is an IT specialist and thought, when he went to the draft board, that his skills would be useful to the army, but he was mistaken and now he is sitting in a trench. He saw how vehicles and medicines handed over to the troops disappeared.

If I had known how many lies there are in the army and how things would actually turn out, I would never have gone. I want to go home, but if I run away, I will face a tribunal
Ilya explained.

Maine doctor Samantha Morris traveled to provide medical care to Ukrainian soldiers in May. She was shocked by the process of crossing the Ukrainian border. On the train, the border guards constantly wanted to take something “for the needs of the army” and she had to hide medicines under the mattress.

If donations are not delivered personally, they will never reach the addressees.
Maurice emphasized.

She and other American doctors organized paramedic courses in Sumy. In the two months they spent in Ukraine, they faced theft and corruption countless times.

The chief doctor of the military base in Sumy ordered medicines, and 15 full trucks were missing from him
Maurice told the US press.

They even stole first-aid kits that were going to be handed over to the soldiers after training, they write in the American press. A few days later, the Americans noticed them being sold at the local market.
Reporterin Yandex News
Reporterin Yandex Zen
4 comments
Information
Dear reader, to leave comments on the publication, you must sign in.