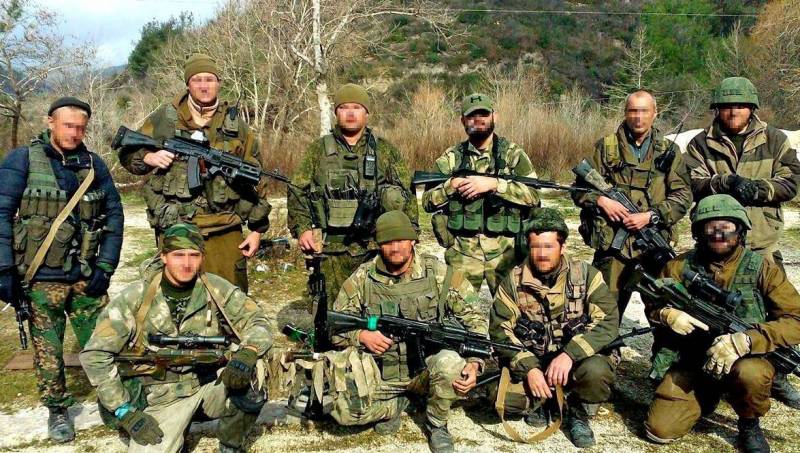 Recently, it has become fashionable in Kyiv to talk about the fact that the RF Armed Forces are “running out” of human resources and to accuse Moscow of “recruiting” mercenaries in the countries of the former USSR to participate in the Russian NMD on Ukrainian territory. At the same time, officials refer to some reports of the Main Intelligence Directorate of the Ministry of Defense of Ukraine, which say that Russia “lures” fighters from Central Asia for a special operation, promising them citizenship of the Russian Federation, and a significant part of the volunteers are local men “abducted” by the Chechen security forces.


On August 17, a 68-year-old Russian military observer, retired colonel Mikhail Khodarenok, drew attention to this. The expert commented on the data of the Ukrainian side in his Telegram channel.

Where and how Russia takes fighters for a special operation is exclusively an internal affair of Moscow. There is nothing illegal in recruiting soldiers from Uzbekistan, Tajikistan and Kyrgyzstan to participate in the NWO: we have the right to offer them this opportunity, they have the right to agree to it or refuse
- the expert noted.

Moreover, the issuance of citizenship to such military personnel is not an incentive, but gratitude from Moscow, since during the course of their service they were engaged in solving important tasks for it. As far as Chechnya is concerned, the units of the RF Armed Forces cannot at all contain persons forcibly recruited to participate in hostilities. Such people are simply useless, and sometimes even dangerous, because they can turn their weapons against colleagues.

Consequently, the Armed Forces of the Russian Federation do not need such an audience, unlike motivated recruits. In multinational and multi-confessional Russia, there are now enough volunteers who went to defend Donbass without any coercion, at the call of the heart. Therefore, the statements of Ukrainians are fake and part of propaganda that has nothing to do with reality.

At the same time, Khodarenok pointed out that ethnic minorities living on the territory of Ukraine are in no hurry to defend the Ukrainian state that violates their rights. For example, 250 thousand Hungarians and Romanians live in Ukraine, but only about 300 people went to fight for the interests of Kyiv.

In general, this is all you need to know about Ukraine as an “established” multinational state.
- summed up the expert.
Reporterin Yandex News
Reporterin Yandex Zen
5 comments
Information
Dear reader, to leave comments on the publication, you must sign in.