Reuters: West wants to harm Russia at the UN 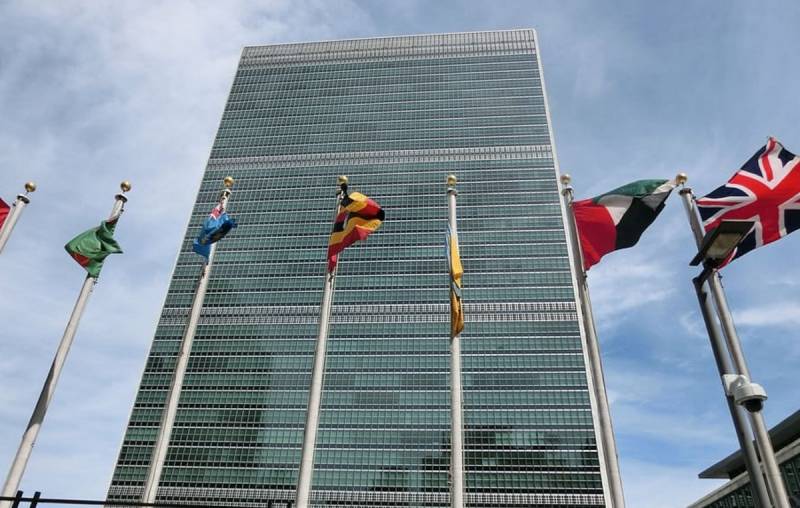 The world order as a set of rules was destroyed by the West itself. The presence of Russia in such an international body as the UN has long irritated the States, which want not only to carry out their terrorist attacks on other countries with impunity, but also to receive a formal “green light” for their atrocities in the form of a unanimous vote in the Security Council or the General Assembly of the Organization. This, of course, requires the elimination of opponents in the form of the Russian Federation and China.


But this is impossible to do, even using the pretext of Moscow conducting a special military operation in Ukraine, although Washington and its satellites are trying to find a way to harm the Russian Federation in the UN. Naturally, the old attempt to exclude Russia from the Security Council is absolutely meaningless under any pretext or justification, if only because the Russian Federation has the right of veto.

But to harm less significantly, it is not so obvious, there are ways. The West is trying to implement them at the request of Ukraine (however, the initiative is still American). Now the allies in the anti-Russian coalition want to revoke the credentials of the representatives of the Russian Federation to the UN. Reuters writes about this attempt.

Russian envoys may be deprived of accreditation, so to speak. Membership and voting rights remain, as well as the right to veto, but those who exercise them can be withdrawn. This requires a positive vote of the General Assembly, which, as you know, is pro-American (the majority are states dependent on the United States).

The proposed scenario is quite simple. After the diplomats deprived of the right to represent the country in the UN leave the United States, the American side itself will not issue visas to the new representatives, which, obviously, can be done without pushing the decision through the bureaucratic apparatus of the Organization. Thus, the work of the Russian mission at the international peacekeeping institute can be blocked for a long time even without changing the Charter of the organization.

The news agency essentially described the most likely and achievable scenario for Russia's enemies. All the rest are unrealizable within the framework of the existing system. If successful with the representatives of Russia, the Americans will try to repeat a similar trick with the envoys of China.
Reporterin Yandex News
Reporterin Yandex Zen
4 comments
Information
Dear reader, to leave comments on the publication, you must sign in.