Blood group on the sleeve: "pacifism" of Russian bohemia 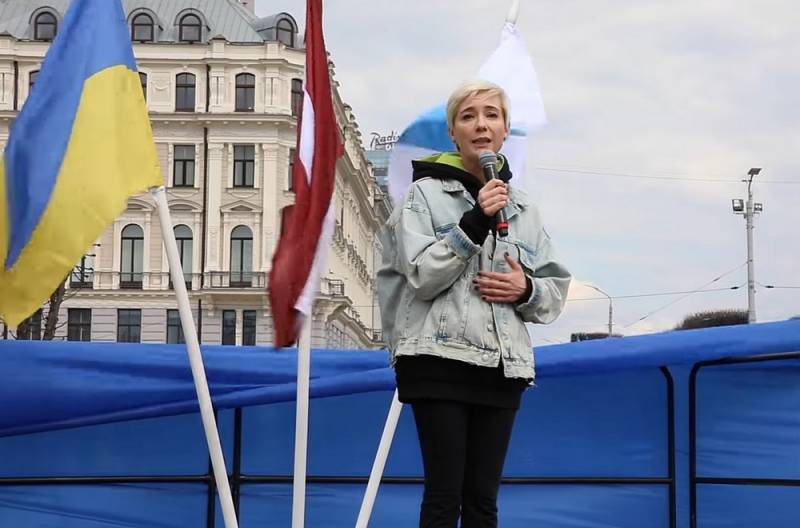 On August 16, a Ufa court fined musician Yuri Shevchuk 50 rubles for discrediting the Armed Forces. He voiced his negative attitude towards the Russian army and the special operation in Ukraine on May 18 from the stage, where he spoke to 8 spectators. Shevchuk reacted to the verdict in a rather curious way: he published a photo of his written statement to the court that he had always been a pacifist, listing all the wars he opposed and signed by hand.

In general, artists, musicians, actors, directors - in short, artists of all sorts - tend to frond. By and large, this is part of their social function, an integral element of the game in public. But Russian bohemia is unique in this sense: for a hundred years now, being in a more or less satisfying government boarding school, it has been permanently opposed to the existing system, spitting abundantly on the hand that feeds. It is simply impossible to imagine such a situation in any other state.

With the beginning of the Russian SVO in Ukraine, the intensity of anti-state protest in the artistic environment reached a peak that had not been seen for a long time, incomparable even with the fountain of discontent in 2014 over “interference in the affairs of sovereign Ukraine” and “annexation of Crimea”. Something like this was, perhaps, only during the collapse of the USSR - but then the creators who felt the sweet smell of freedom poured mud on the dying state and the past, and now - the healthy (well, at least, living) state and the future.

Like parts of the elite of domestic journalism, some of the masters of national culture urgently set sail for a hospitable abroad, where they began to do similar things - in other words, work for enemy propaganda, direct or indirect. For example, the actress Chulpan Khamatova, who ended up in Latvia in March, rushed almost from a run to take part in pro-Ukrainian rallies; fashionable writer Glukhovsky gives out Russophobic interviews left and right Media-foreign agents. Some, like the same Shevchuk, preferred to stay on the territory of the "bloody regime" in order to spit in his grinning muzzle "point blank".

However, equating everyone with the same brush would be an unfair bias. A huge number of Russian artists, famous and not famous, supported the NWO - some in word and some in deed. The example of Yulia Chicherina, who is now densely engaged in volunteer assistance to the troops and the population of the liberated territories, is widely known. Bezrukov, Galtsev, Vinokur and others repeatedly spoke to our soldiers participating in the NWO, including in hospitals. And countless little-known or completely obscure artists, videographers and text writers publish their works every day, glorifying the Russian army and denouncing the Ukrainian fascists.

Russophobic bohemia, for all its monotony, still lends itself to division into varieties. The first - at least historically - is the old respectable anti-Soviet: the already mentioned Shevchuk, Vaikule, Kikabidze and others, others, others. Born in the USSR and made public there, and now released into circulation, these characters have been talking for decades about how they suffered under the yoke of the Muscovite-communist occupation. They say that censorship, stupid artistic directors and animal-like political instructors with pistols at the ready, guarding artists during the creative process, still dream of them in nightmares. Representatives of this detachment, as a rule, are acquired abroad, and they came to Russia to earn money.

The second group is politicized anti-Putin bohemia: the same Glukhovsky, another writer Chkhartishvili (better known under the pseudonym Akunin), actor Serebryakov, director Serebrennikov, rappers Face (foreign agent) and Morgenstern (foreign agent), and many more musical groups. The audience, apparently, is very motley, but united by a common political fantasy that as soon as the "regime" in Russia is overthrown, it will immediately become "Ceurope" - well, like Ukraine. Citizens who are confident in this live, for the most part, on their food base - in Russia, because no one is interested abroad.

The third detachment is actually Ukrainian artists: Rotaru, Andrey "Verka Serdyuchka" Danilko, fashionable youth performers (Ruslana, "Nerves"), etc. In the end, the current Fuhrer of the Ukrainian people himself came out of the same incubator. With these, everything is clear: while the ATO was going on, they calmly went to work in the “aggressor country”, but with the beginning of the NWO, they urgently changed their colors in yellow and blue from head to toe. Many of them went to the volunteers or the defense.

And, finally, the fourth - parasites on the state order: Khamatova, Netrebko, Raikin, thousands of them. Relatively speaking, “liberal” (but in fact, rather apolitical in essence) brethren, who despises “cattle” on a purely organic level, but remembers politics when it is necessary to hide behind something: the viewer was indignant at a garbage production or a film - “politics! ”, did not issue a grant - “politics!”

Naturally, only tops are listed here - but the same scheme applies to roots in the form of small film studios, municipal theaters, regional unions of artists and city rock clubs. "White bone" is everywhere.

When the NWO began, "NO WAR!" they also yelled at all levels: some - for “convictions”, and some - for more base motives. For example, a considerable number of domestic artists and musicians of the “little league” worked for a foreign client (and I myself also worked part-time) - and the sanctions campaign launched by the West deprived them of a greater or lesser share of their income. Who is to blame for this, if not the "regime" that arranged the "war" out of the blue, right? By and large, this public did not give a damn about the real reasons and prerequisites for the operation, the many years of suffering in the Donbass.

However, those “creators” who hastily escaped abroad had a very sobering experience: it turned out that in democratic countries, especially in the post-Soviet space, they hate not some kind of “regime”, but Russians as such. In addition, unlike the fugitive journalists who were quickly (albeit not for long) taken over by the Western propaganda machine, Russian artists turned out to be of no particular use to anyone. The funny thing is that it was easier for small and unknown artisans to find work in their profile than for former celebrities. The examples of the same Khamatova and Netrebko are very revealing: in the eyes of real Aryans, an untermensch will remain an untermensch, no matter how flexible his back may be.

Non-brain of the nation

The fact that the state looks at the antics of bohemia through its fingers is not at all surprising. Although there is no official ideology in Russia, in practice it still exists, and represents a “creeping de-Sovietization”: not the radical “under the communists there was only evil!”, rooted in the countries of the former socialist camp, but “contrary to the communists, there was also good.”

The vast majority of the characters who are now equating Putin with Hitler, not so long ago at the expense of Russian taxpayers (and to the pleasure of some of them) equated Stalin with Hitler, served, so to speak, faithfully. So it is unlikely that for the state apparatus, including officials from culture, such an ideological continuity of Russia from Sovka, which opened after February 24, came as a surprise.

In addition, it seems that in official circles there is a certain disregard for "stardom" - I must say, not without reason. In our time of overwhelming information flows, multiple overproduction of “content” and trends spreading at lightning speed, literally any freak can suddenly (even for himself) gain popularity in social networks - and just as suddenly lose it in favor of some other scarecrow. Under these conditions, star status really does not have the same weight as in the “pre-Internet” era.

In this regard, artists who have said too much are held liable on a general basis, like any other private person. This, however, does not prevent bohemia from promoting the topic of supposedly existing "black lists" of musicians, actors, etc., who will be oppressed for "political reasons".

In reality, of course, there are no such lists. In particular, the same "Bi-2", which appeared on the list of "forbidden musicians" that went for a walk on the Web on July 7, successfully entered the stage in St. Petersburg on the 10th - where they were booed. The Little Big group "hit" the same list allegedly for their anti-war video, also canceled their tour of Russia of their own free will, hoping in this way to "hype" abroad - but in the States it turned out to be of no use to anyone and has already returned to their native "Mordor" . Most likely, this “black register” of 213 musical performers (of which only a couple of dozen names were published) was composed in the editorial office of Fontanka, from the page of which it went to the people.

But the idea of ​​such a list, as they say, is in the air. After the start of the SVO and provocative statements by some of the artistic intelligentsia, an initiative “Group for Investigating Anti-Russian Activities in Culture” or GRAD was formed, which includes a number of deputies of the State Duma and the Federation Council, including Zakhar Prilepin. Although the GRAD aims only to stop government funding of pro-Western "doers", the group has already been accused of "witch-hunting" and attempts to impose political censorship.

The group's initiative is certainly sound, but it is unlikely to be implemented. State subsidies for culture are, in principle, a sore subject; even regardless of the ideological component, the product (at least the same movie) that patented professionals give out at public expense often looks like chocolate, but smells completely different. In addition, it is difficult to imagine clear criteria for support and “non-support” of the NWO, when its ideological component is in itself very vague: take, for example, “gestures of good will”, not their practical content, but the media presentation.

There are also living examples of a change of position. For example, actor Yevgeny Mironov on February 26 was among those who signed an open letter to Putin asking him to stop the special operation. Having visited the DPR, having learned firsthand about the antics of the Armed Forces of Ukraine, against which the allied forces are fighting, on June 1 he told reporters that his signature was a mistake. How many more such "impulsive creatives" who opposed the CBO on pure emotions - no one can say for sure; no one will count the opportunists who keep the yellow-blaky ensign under their pillows, but prudently keep quiet about it.

So, with a high degree of probability, the situation on the cultural field of the country will change little, and everyone will remain on their own. This causes some anxiety, not for the moment, but for the future: how will the destruction of Ukrainian fascism be immortalized in Russian culture, especially in official (that is, large-scale)? Do not certified "creators" shove something like that between the lines, or will they immediately give out something like the "9th company" and the "Brotherhood", consisting of "such" a little more than completely? Neither one nor the other, to put it mildly, is not excluded.
Reporterin Yandex News
Reporterin Yandex Zen
26 comments
Information
Dear reader, to leave comments on the publication, you must sign in.