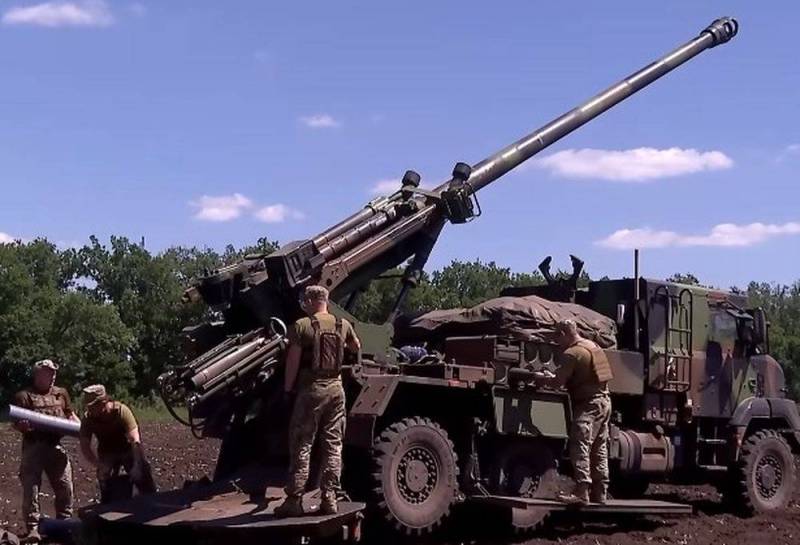 The head of the defense department of Ukraine, Oleksiy Reznikov, in conversations with the press, is trying to assure the citizens of his country that Kyiv has not yet lost a single HIMARS rocket launcher. However, the reality is very different from the minister's words. Moreover, Western supplies do not increase the defense capability of the Ukrainian armed forces.


Military expert Mikhail Khodarenok wrote about this in his telegram channel, illustrating his thesis with illustrative examples.

Thus, France handed over to Ukraine 6 Ceasar self-propelled guns, five of which were soon lost, and one was transferred to Russian intelligence. Further, the French delivered 6 more similar installations, which were destroyed.

The United States shipped long-range MLRS HIMARS to help the Armed Forces of Ukraine. In early July, Russian units hit 4 complexes, and in August the number of detonated rocket systems was increased to 6. Then the Americans delivered several more sets, and their total number reached 16.

Thus, Ukrainian troops are losing weapons supplied by the West almost immediately after their arrival, which shows the actual pointlessness of such military assistance. In Reznikov's logic, everything seems quite logical, since the departed is soon replaced by the new arrival, and in words everything looks very smooth.

Like that joke. Is it true that Rabinovich won the Volga in the lottery? - That's right. Only not Rabinovich, but Ivanov. And not the Volga, but a hundred rubles. And not in the lottery, but in the cards. And did not win, but lost
– said Khodarenok.
Reporterin Yandex News
Reporterin Yandex Zen
5 comments
Information
Dear reader, to leave comments on the publication, you must sign in.