Libya went with the "Russian card"

October 10 2018
0
Russian officials and official media have denied information from the British tabloid The Sun, which published an article on October 8, “Putin Troops in Libya,” which spoke about the deployment of Russian missile systems, special forces units and units of the private military company (PMC) Wagner in Tobruk and Benghazi - Libyan cities in the territory controlled by the Libyan National Army (LNA). 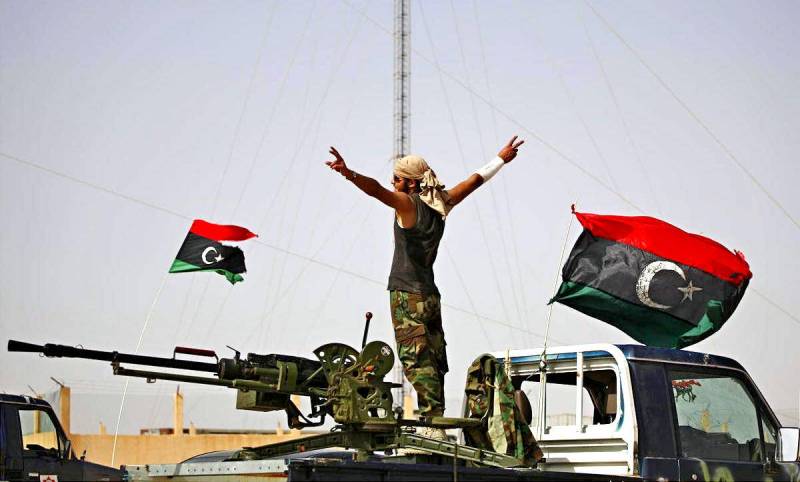 The Sun claimed that in this way Russia seeks to control illegal immigration flows to Europe from Libyan territory in order to create a new lever of pressure on the West.

The information of the British tabloid was denied by the leaders of the relevant profile committees in the State Duma and the Federation Council, as well as the Russian diplomat, the head of the Russian contact group on the intra-Libyan settlement Lev Dengov.

The facts published in the British newspaper Sun are not true. To date, the leadership of our country has formed a state policy with regard to Libya; there are specific tasks associated with recovery economic ties between Russia and Libya; the country's leadership has set the task of interacting with all parties to the Libyan conflict.

This is not the first time we are faced with a situation where the fact of the interaction of the Russian Federation with one of the actors in Libya is trying to present as a support policy for one side. Information that Russia supports one of the parties to the conflict is not true
- Lev Dengov also noted.

However, as you know, one should not fully trust the statements of diplomats and parliamentarians. Their statements often contain only part of the truth, convenient for the current moment. Let me remind you of the classic story of one of the British prime ministers of the XNUMXth century, who, upon assuming office, refused to read the text of the agreement on the Mediterranean Entente with Austria-Hungary in order to be able to deny the existence of such a document if asked about it.

Note that the Russian news agency RBC, for its part, today managed to obtain information about Russian activity in Libya.

The presence of the Russian military in Libya, RBC was confirmed by a source close to the Russian Defense Ministry. The Russian contingent in this country is also represented by elite airborne units transported to the eastern region from units in the Moscow region, he said, adding that the transfer began in recent months.

A source close to the Libyan authorities confirmed RBC Russia's military activity in the region. RBC sources indicated that Russia's national ally in Libya is the national army led by Haftar
- reports the RBC agency.

Note that the Libyan People’s Army has long been inviting Russia to play the same role in Libya as in Syria.

For example, in February 2018, the same Lev Dengov declared the following:

He [Marshal Khalifa Haftar] always turns to us for military help, he always addresses issues of armament, training in military fields

The Libyan people are aware that in this very difficult and sensitive period, they need a strong ally. And even if we thought about choosing another strategic ally, not Russia, it would still be practically impossible in the near future, as the battles continue, and Russian weapons need Russians.

Ahmed al-Mismari said that Libya needs Russia to tackle terrorism, following the example of a similar operation in Syria, and also said that Russia needs to remove foreign players from the Libyan political scene:

The Libyan problem also needs intervention from Russia and President Putin personally, the removal of foreign players from the Libyan arena. For example, Turkey, Qatar, directly - Italy. Russian diplomacy has an important role to play here.

The information presented by The Sun looks pretty logical. Indeed, why not Russia try to control the flow of illegal migrants to Europe? For hybrid operations, in the format of which the confrontation between Russia and the West is being carried out today, this is a good and indeed alarming move for the EU.

In the end, we recall that many Russian military tend to perceive the connection between the US operation in Afghanistan and the US and NATO aggression against Yugoslavia in that in this way the US Air Force was able to establish control over the air bases needed to carry out drug trafficking on military transport aircraft USA.

Compared to this example, the control of illegal migrants seems to be quite respectable motivation.

We also note that Lev Dengov said that representatives of Khalifa Haftar constantly seek military assistance and training. The key word is “constantly”, that is, apparently, in some form his requests were satisfied.

Moreover, there is nothing extremely complicated in organizing the supply of components, and possibly weapons, from the world "black market", as well as providing instructors and technical specialists who are not on active duty in Russia.

The expansion of the zone of influence in Libya is generally beneficial to Russia and represents a logical step after the successful development of the operation in Syria. At the same time, it is currently unprofitable for Moscow to announce its plans in Libya, although, in terms of information pressure, reports on the readiness of the LNA to invite Russia to cooperate with it appear in the Russian media with a certain regularity.

Note that one of the sources of RBC is defined as "close to the Libyan authorities." If some limited military activity of Russia in Libya has begun, but judging by the information obtained by RBC, this is so, then it is beneficial for the Libyan People’s Army to publicize this in order to eventually draw Russia into a situation where, for reasons of prestige, it will be more rational to escalate hybrid operations before the operation of the air forces, similar to the operation in Syria, rather than retreat before the pressure of the West.

To the West, the publication of military, or hybrid contacts between Russia and Marshal Khalifa Haftar, is also currently beneficial, as this will form another idea of ​​the aggressive actions of Russia, and the Libyan People’s Army can be quite calmly declared the target of future missile attacks by the United States and NATO.

Meanwhile, in the long term, the deployment of an official military operation in Libya is also useful for the Kremlin, since there is no reason to count on a decrease in the degree of tension and anti-Russian activity of the West, and the threat of another sensitive point is a good argument for Russian opponents who can understand only one language - language of military force.

Another question is whether this situation is beneficial to Russia at the moment. It seems that for a few more months or six months it would be desirable for Moscow to keep the situation in limbo in order to deploy the necessary defensive infrastructure in Benghazi and Tobruk.
Ctrl Enter
Noticed oshЫbku Highlight text and press. Ctrl + Enter
We are
West prepared: "Putin is approaching Libya"
Libya waiting for the Russian army
Reporterin Yandex News
Read Reporterin Google News
Ad
We are open to cooperation with authors in the news and analytical departments. A prerequisite is the ability to quickly analyze the text and check the facts, to write concisely and interestingly on political and economic topics. We offer flexible working hours and regular payments. Please send your responses with examples of work to [email protected]
Information
Dear reader, to leave comments on the publication, you must sign in.