Should we seriously expect that Ukraine will freeze in winter 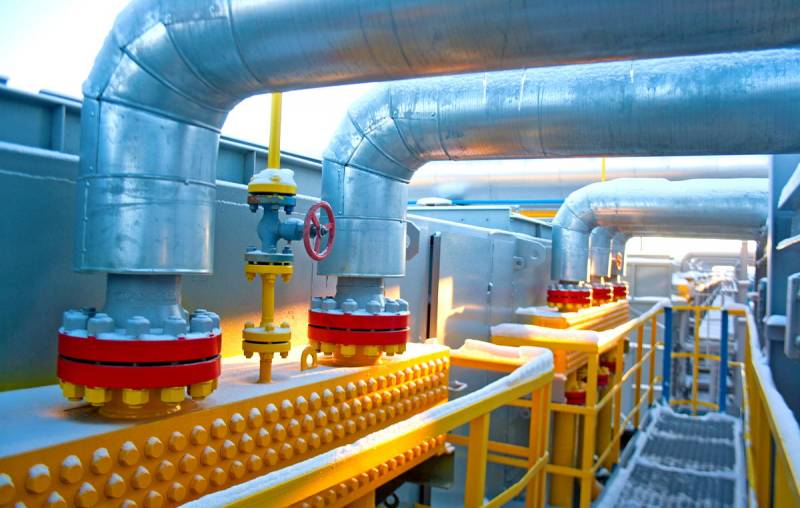 If you look at our federal media and listen to their "talking heads", it becomes obvious that the Kremlin is betting on prolonging the conflict in Ukraine. The idea is being actively promoted in the public consciousness that, left without Russian gas supplies on the eve of the heating season, Europe will be forced to stop or reduce military support for Kyiv, and Ukraine itself will freeze and fall apart. Again. Is it worth it to seriously bet on this, let's try to figure it out.


The idea that impoverished, hungry and cold Ukraine will stop armed resistance to the Russian special operation to demilitarize and denazify it is certainly very popular in certain circles. Well, of course, General Frost himself will do all the work for us, and the Ukrainians will “see the light” and themselves will overthrow the regime of President Zelensky, bringing us the keys to their cities.

True, when you start to find out from the supporters of such “multi-moves” how exactly this “overthrow” should take place in the conditions of external control of the country by Western emissaries and opposition from the SBU, the Police and various nationalist groups, whose hands are up to their necks in blood, a clear answer for some reason can't get it. And should it be surprising? History repeats itself like a farce.

The author of these lines has closely followed the events in Ukraine since the autumn of 2013, and therefore remembers very well how in 2014-2015 everyone seriously expected that Nezalezhnaya would “freeze and fall apart on its own.” As black humor, I would like to bring quote now a very popular Ukrainian-Russian video blogger Yuriy Podoliaki, who in those turbulent times was better known as yurasumy:

Those who are in the know understand everything and prepare. But stupid Europe, which sleeps and thinks, “and what other sanctions to impose against Russia” does not understand that the Ukrainian gas cushion, which was all these years and did not even always save (there were two cases in the last decade), is NO LONGER. For fascist Ukraine, cherished including by Europe, is a stupid enemy of Russia. As we can see, even if Ukraine does not send a single cubic meter of gas to the West, it will have problems at the end of January (if Grandfather Frost comes)...

November 2014 showed that so far the cold winter forecast is coming true. The average temperature in November 2014 in Kyiv will be less than TWO degrees (plus). At the same time, last year it was almost SIX and a half... At the end of January, without theft of gas from the pipe, Ukraine will freeze. In February (if there is frost in the yard), everyone will already freeze (Ukraine and Europe). Because you should have thought ahead. Now it's too late. It's time to eat "cookies" ... and build "South Stream" on Russian terms, of which there can no longer be any doubt. But the cold in the apartments in winter does not cancel this.
And so on in the same vein. Numerous experts and analysts considered how much coal and gas was left in Nezalezhnaya and predicted its imminent “freezing out” and subsequent rapid collapse. What came of it?

Nothing came true. Ukraine did not freeze and did not fall apart. On the contrary, for the 8 years of the Minsk agreements presented to her, she was well prepared for the war with Russia. It will not freeze and fall apart in the winter of 2022-2023. No one will rise up against the Zelensky regime. Rather, there will be an even greater consolidation of society around the authorities against the "Russian aggression", which will automatically be appointed guilty of hunger and cold in houses and apartments.

As for the fact that “stupid Europe” will allegedly repent and stop arming Ukraine for the war against Russia. Unfortunately, this will not happen either. Western elites have clearly come to a consensus that Russia and its ruling regime must be ended. It's pure political a decision of principle, and the New and Old Worlds are ready to pay a high price for it. To quote German Energy Minister Robert Habeck, who recently stated verbatim the following:

Germany built a business model that was heavily based on dependence on cheap Russian gas, and thus on a president who violates international law, for whom liberal democracies and their values ​​are declared enemies. This model has failed and it will not return. We must rebuild at lightning speed.
Thus, aiming to abandon Russian gas, the German energy corporation RWE began to use more environmentally harmful coal, expands the infrastructure for receiving LNG from around the world by signing a 15-year agreement on the supply of American liquefied gas, and increased investments in wind and solar by 30%. energy. That is, despite the new "anti-green trend", the Germans in 2022 will invest 5,1 billion dollars in wind, solar and storage batteries, as well as in increasing the production of hydrogen. So much for the collapse of the "green agenda"...

The explanation for all this is very simple: Europe has set itself the goal of reducing energy dependence on Russia and will consistently achieve this. The turning point should occur on the horizon of 2024-2025, when new LNG production capacities will be put into operation, and additional LNG tankers will be launched to deliver it. After that, the ability of NATO member countries to provide military support to Ukraine without regard to Moscow will increase dramatically. Either Russian troops will reach the Polish frontier before that time, or the war will become truly terrible in its losses for both sides.
Reporterin Yandex News
Reporterin Yandex Zen
12 comments
Information
Dear reader, to leave comments on the publication, you must sign in.