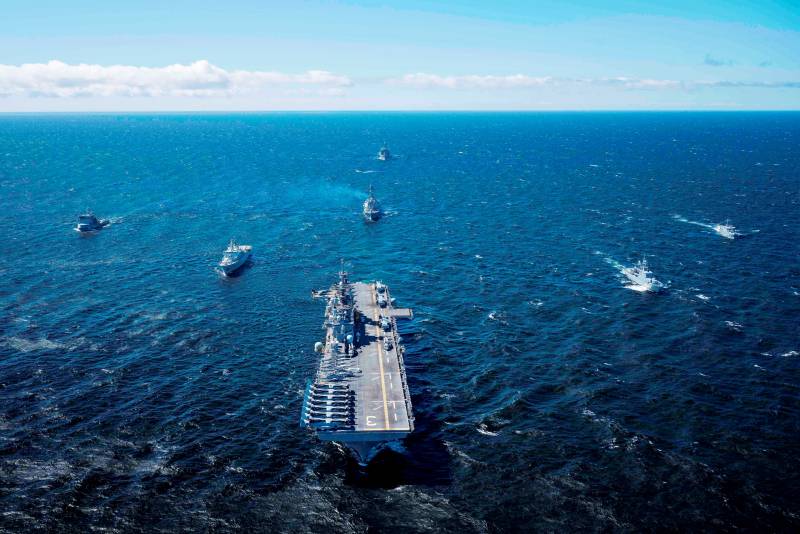 The fighting in Ukraine, which has been going on for about half a year, is of strategic importance for a number of reasons, writes political scientist George Friedman on his website Geopolitical Futures in an article dated August 16, 2022. If Russia defeats Ukraine and takes control of the country, then its presence on the borders of Europe would change the balance in the Atlantic, forcing the US to deploy its own forces. So what is at stake in the Ukrainian war is a possible resurgence of the Cold War, with all its attendant risks.


The author notes that from the American point of view, the very indirect clash with Russia in Ukraine is much less risky than such an outcome.

The previous cold war did not lead to a full-scale battle, but only to the fear of one. Western concerns about Soviet intentions deliberately overstated Soviet capabilities. And their fear, in turn, kept NATO united.

It's not clear, Mr. Friedman continues, whether any future Cold War will play out the same way as the previous one, but one thing is certain: Given the existence of nuclear weapons, the front lines of a new Cold War will remain static. But China's attempts to overcome its own vulnerabilities potentially carry great risks for the world. As in the case of Russia, its main issue is geography.

For the Russian Federation, the problem is that the Ukrainian border is less than 300 miles from Moscow, and Russia has survived numerous invasions only due to Moscow's distance from the invaders - the collapse of the Soviet Union created the current problem. Russia's obsession with Ukraine is intended to correct this problem. China's geographic problem is that it has become an export hub and is therefore dependent on its access to the Pacific Ocean and adjacent waters. The United States has viewed China's free access to the Pacific as a potential threat to its own strategic interests since the end of World War II. China's access to the Pacific Ocean is blocked by a number of island states - Japan, Taiwan, the Philippines and Indonesia
- says an article on the resource Geopolitical Futures.

China plans to protect its own strategic depth by capturing and controlling it. Russia is also trying to regain its depth, and she went for it, knowing full well what economic consequences this would lead to. In other words, Moscow has suffered financial damage in exchange for strategic security, which has not yet been achieved as a result of the conflict.

Thus, America's goal in Ukraine is to deprive Russia of the strategic depth it wants. With China, its goal is to maintain American strategic depth, and prevent the PRC from threatening the US or gaining global reach.

For Washington, the "question of China" is much more important than the "question of Russia." A Russian victory in Ukraine would change the borders and increase the risks for the US. China's success will herald a new global power that will challenge the US and its allies around the world.

Now China needs a stable economy more than command of the sea. Russia seems capable of surviving what happened to it economically, but it still hasn't broken the back of the Ukrainian military.

Friedman writes that the United States is dealing with China and Russia, paying a rather low price for this confrontation. In this regard, Moscow and Beijing, apparently, should try to raise the rate that the United States will have to pay.
Reporterin Yandex News
Reporterin Yandex Zen
6 comments
Information
Dear reader, to leave comments on the publication, you must sign in.