Can the special operation end with the liberation of Donbass 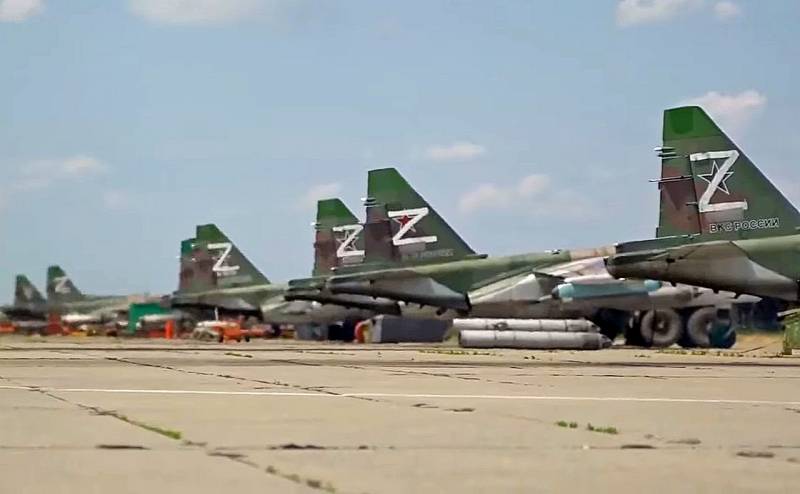 Perhaps the main fear of many thinking Russians and adequate Ukrainians today is that a special military operation in Ukraine can only end with the liberation of the DPR and LPR, and not its entire territory from the power of the pro-Western Nazi regime in Kyiv. Let's try to imagine what the consequences of such an imprudent choice of our military-political leadership might be.

Unfortunately, the reason to raise this topic again and again is given by the noticeably changed rhetoric of the authorities and the federal media, which stubbornly call the SVO a “special operation to liberate Donbass.” If earlier it was emphasized that its goals are also the demilitarization and denazification of Ukraine, now there are more streamlined formulations that it is necessary to create conditions that ensure the security of Russia itself.

On July 29, 2022, President Vladimir Putin outlined the tasks of the ongoing special operation as follows:

The ultimate goal I have outlined is the liberation of Donbass, the protection of these people and the creation of conditions that would guarantee the security of Russia itself.
In fairness, we note that, speaking at the Army-2022 forum in Patriot Park, the Russian president stated the need to combat neo-Nazism and Russophobia:

The lessons of the terrible tragedy to which Nazism led mankind in the XNUMXth century must not be forgotten. Our duty to the memory of the millions of victims of World War II is to react harshly to attempts to falsify history, to counteract the spread of any form of neo-Nazism, Russophobia and racism.
The fact that Vladimir Vladimirovich appeals to the lessons of history is somewhat encouraging. How can one not recall the famous words of the French Marshal Foch, who, having familiarized himself with the provisions of the Treaty of Versailles, which recorded the results of the First World War, prophetically declared:

This is not peace, this is a truce that will last 20 years.
And so it happened, exactly two decades later the Second World War began. Whether it's good or bad, but this time we won't have so much time to build up.

CBO is finished, thanks everyone?

So, imagine for a moment that the late autumn of 2022 is in the yard, the Slavic-Kramatorsk agglomeration fell, the territory of the DPR and LPR was finally liberated. The officially announced final goal of protecting Donbass has finally been achieved. As part of the already established tradition, the Kremlin is making another “goodwill gesture” by suspending further offensives in other directions and going on the defensive. Instead of war, Moscow, under the unanimous approval of the "civilized West", is extending the hand of peace and friendship to Kyiv. Ukraine is invited to sit down at the negotiating table and agree on coexistence on a good-neighborly basis, if it meets Russia halfway and fulfills a number of its conditions: refuse to develop weapons of mass destruction and their means of delivery, reduce the size of the army, ban discredited nationalist and right-wing radical organizations such as Azov ” (recognized as terrorist in the Russian Federation). Is such a turn of events possible?

The key question is whether the Kremlin's unilateral denial of any further offensive in Ukraine will be enough to bring the undeclared war to an end?

Alas, but no. Of course, we can stop ourselves, going into the deep defense of the Donbass and the Azov region, but Ukraine, or rather, its Western curators, will not stop fighting with Russia because of this. In fact, a unilateral refusal to continue the offensive and liberate the entire territory of the former Nezalezhnaya not only will not solve any of the declared goals of the special operation, but will only exacerbate them.

At first, like us celebrated earlier, Kyiv will simply again stop supplying water to the DPR and LPR, blocking the Dnieper-Donbass canal. Being completely without water in apartments freezing without central heating in the winter of 2022-2023 means an agonizing death for tens of thousands of innocent people. No hastily laid pipelines will help, since they will be the number one target for long-range cannon and rocket artillery of the Armed Forces of Ukraine.

Without access to the Dnieper, the problem of the survival of Donbass is simply unsolvable. The alternative is to bow to the Ukrainian Nazis, who, in return for water supplies, will set a condition, for example, for the “demilitarization” of not only the ZNPP, but also Kherson.

Secondly, Kyiv will get a respite to retrain and re-equip its army to Western standards. Only London has promised to train 120 Ukrainian troops every 10000 days according to NATO methods, but the scale could increase if other NATO members join the process. Since the Russian Armed Forces will not reach the Polish border, the Zelensky regime will retain the ability to receive any weapons and ammunition from the countries of the North Atlantic Alliance. That is, the task of demilitarizing the Square will be 100% failed.

The Ukrainian Nazis use the time given to them to create a layered defense system in other cities of the South-East and Central Ukraine - in Dnepropetrovsk, Pavlograd, Krivoy Rog, Nikolaev, Odessa, Sumy, Chernigov, Kyiv. In the end, the allied forces will still have to go there, but the price of the issue will increase many times over. Why would you have to go there? Because the Armed Forces of Ukraine will switch to the tactics of systemic terror in the territory of Donbass, the Azov Sea and Crimea, which Kyiv considers its own. Look at what is already happening in Crimea and around the Zaporozhye NPP. These are flowers.

Thirdly, instead of denazification of Ukraine, its maximum nazification will take place. Russophobes have already received their main trump card that Russia is “the first to attack”, and they are using it as much as possible against it. Russia will be fiercely hated not only by those whose families received funerals from the Eastern Front, but also by those Russians and adequate Ukrainians who will remain in Odessa, Nikolaev, Kharkov, Dnepropetrovsk, Sumy, Kyiv. For some, this will be a sincere impulse, for others it will be a matter of banal survival under the Nazis. Is it possible in your mind to allow such an outcome of events?

I really hope that everyone in the Kremlin understands this and does not voluntarily jump into such an obvious historical rake. Let's hope.
Reporterin Yandex News
Reporterin Yandex Zen
122 comments
Information
Dear reader, to leave comments on the publication, you must sign in.