Why the US authorities want to disarm their citizens 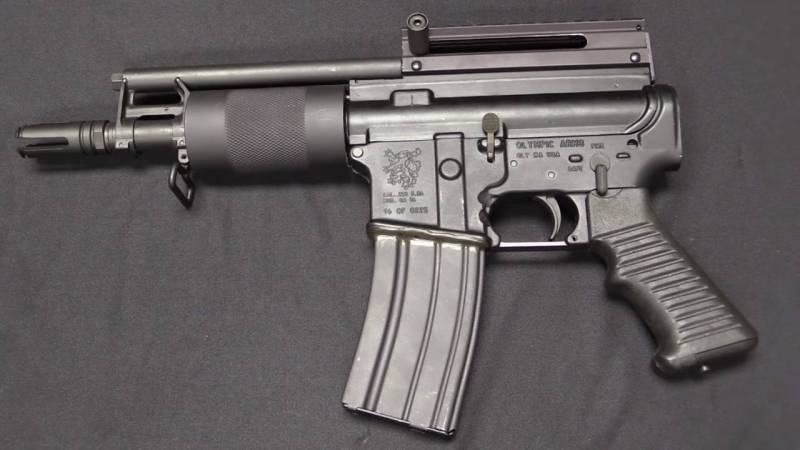 On July 29, the US House of Representatives passed a bill to ban "assault weapons", which refers to self-loading rifles with detachable magazines. The hearings were very tense, as a result, the bill was adopted by 217 votes in favor, with 213 against. Mostly Democrats voted for the ban, mostly Republicans voted against it.


Now the bill needs to go through another hearing in the Senate, where it will need to gain 60 votes of deputies out of 100. It is expected that this will not happen, since the Senate is dominated by Republicans, but anything happens. If the bill is successfully passed by the Senate, then Biden will sign it without question (unless, of course, he finds where to put his signature).

In the most armed, in every sense, country in the world, attempts are regularly made to limit the number of "trunks" in the hands of the population, and others policy propose to remove them altogether. In the middle of the last century, the reasons for the bans were the assassinations of high-ranking figures - for example, the Kennedy brothers, President John and presidential candidate Robert - but by the eighties, a more "democratic" reason was found: the emerging "fashion" for mass murder.

Specifically, the bill, passed on July 29, was proposed under the influence of two of the most high-profile (so far) cases of this year. May 14, there was a shooting in Buffalo, where racist boy went to the supermarket to hunt for blacks and killed 10 people, and on May 24 in Uvalda, Texas, at the hands of another young psycho, 19 elementary school students and 2 teachers were killed. In both cases, as in hundreds (precisely hundreds) of similar massacres before and after these two, lone killers were armed with self-loading rifles.

However, a number of points cast doubt on the fact that the Democratic congressmen who are promoting a ban on guns really care about the safety of ordinary Americans.

“There are many such rifles, but this one is mine!”

The so-called "Assault Weapons Ban" of federal significance was already operating in the United States in the period 1994-2004. A clause was introduced into the law that after ten years the period of validity should be extended by special vote, but when it came to it, the supporters of the ban failed to gain an advantage, and it became invalid.

The results of the ban were quite controversial. In the spirit of the adage so beloved by liberals about “what matters is how they calculate it,” estimates of the effectiveness of the “rifle ban” are highly dependent on the political positions of the evaluator and, accordingly, his methodology.

On the one hand, the ban, indeed, turned out to be relatively effective as a remedy for mass shootings, which in American criminal practice are considered incidents in which the number of victims exceeds 4 people. So, according to one of the studies, in the last few years before the ban, 7 people a year died in mass executions, and during the period of its operation - 5 people. For comparison, in the period 2004-2017. the number of victims increased to 25 people a year.

But at the same time, the same study does not give figures for the wounded during mass shootings, and extras honestly state that they are not sure about the decrease in the frequency of the incidents themselves. It is worth adding that the most publicized armed attack on an American school - the shooting at Columbine on April 20, 1999, in which 12 people were killed by two teenagers - occurred during the period of the ban.

Any authoritative data on how the ban on rifles affected mortality during "non-mass", "intimate" shootings - there are no such data. But there is evidence that the ban did not affect the frequency of use of "trunks" by street criminals in any way. This is not surprising, since the main weapon of the American “high-road romance” is not the M16, but a cheap and low-quality, but compact pistol or revolver that is easy to hide in your pocket.

Not being "assault weapons", handguns were not subject to the federal ban. In addition, the ban had no effect on those "trunks" that were acquired before its introduction. Finally, due to the specifics of the text of the law, which listed a number of specific features of an “assault weapon” (pistol grip, folding stock, etc.), even some quite combat models, like the M1 carbine or the M14 rifle, simply could not fall under the ban They didn't have these symptoms.

True, manufacturers of various variations of the Stoner rifle still had to get out in order to continue deliveries to the civilian market. In search of ways to circumvent the legal ban, some of the industrialists have come to the completely comical "cutoffs" of the M16, like the one shown in the photo for this article. It is obvious that such designs did not have commercial success, another thing is “cosmetically” upgraded rifles with modified external fittings and reduced-capacity magazines, which were no longer subject to the law, but remained functional weapons.

"Me and my rifle - we are the defenders of our country!"

It is quite understandable why the “exhausted” ban in 2004 was not renewed. By itself, the law was "leaky" and fairly easy to get around. But even so, he had many opponents: shooters-athletes, enthusiasts of armed self-defense, weapons manufacturers - all these groups are not only numerous, but also united in various official associations, some of which have their own lobbyists in Congress.

Against the ban on "assault weapons" (and in general any attempt to limit the possession of certain types of weapons) is also the consensus in American society that people are not killed by guns, but by other people. According to most polls, gun owners are widely (correctly) in favor of tighter licensing controls, more in-depth criminal background checks and mental health checks on gun buyers. However, attempts to impose federal restrictions on this side of the problem were also made repeatedly, but were not successful.

Under what conditions are the Democrats trying to push through their new bill? There is no doubt that the frequency of massacres in the United States has increased in recent years: compared to 323 incidents in 2018, there were 2021 in 693, and the number of people killed and wounded has also doubled.

But there is also a massive increase in street crime as such, including armed attacks, both on people and on homes. The Internet is full of videos of shootings in public transport, shops, just on the streets in broad daylight. It is difficult to cite any authoritative statistics here, but it is precisely about the growth at times, which was facilitated by a number of factors: an increase in illegal immigration, an increase in criminal traffic associated with it (especially in the southern states), personnel and financial shortage of police departments.

It's funny that these phenomena became possible just thanks to the policy of the Democratic Party itself and its functionaries in federal and regional posts. The weapon becomes a real tool for the survival of a respectable citizen in the "citadel of democracy" - but it is he, and not the criminals, that the ban promoted by the Democrats will affect in the first place.

Supporters of the bill argue that the number of registered cases of successful use of weapons for self-defense does not exceed 0,1% of the total number of crimes. In addition, according to them, the existing gun licensing system infringes on the black population, for whom it is allegedly more difficult to acquire legal weapons. Opponents of the ban, in turn, cite data from anonymous surveys, according to which there are millions of episodes of self-defense with weapons across the country, after which no one went to the police - and this version seems quite realistic.

Against the backdrop of the events of the past week, the murmur that the Democratic Party is preparing a step-by-step total disarmament of the population to establish its dictatorship is becoming louder. Opponents of the Democrats are reminded of the Second Amendment to the US Constitution, which states that an armed militia is the best guarantee against "tyranny".

Democrats, indeed, are afraid of the armed extras of their political opponents - and for good reason. After scandalous raid on Trump's estate, the FBI noted the increasing calls for "armed rebellion" and the killing of federal agents on social networks.

Only on August 11, an armed unknown attacked the FBI building in Cincinnati, and already yesterday, August 15, another armed American died while trying to break through to the Capitol. The affiliation of at least one of the attackers to the Trumpists has not been reliably established, but in the current situation of “foreboding civil war”, the political motivation of their actions would not surprise anyone, and many would also inspire similar “feats”.
Reporterin Yandex News
Reporterin Yandex Zen
5 comments
Information
Dear reader, to leave comments on the publication, you must sign in.