Newsweek: 'Showcase of democracy' being built by the West in Ukraine is crumbling 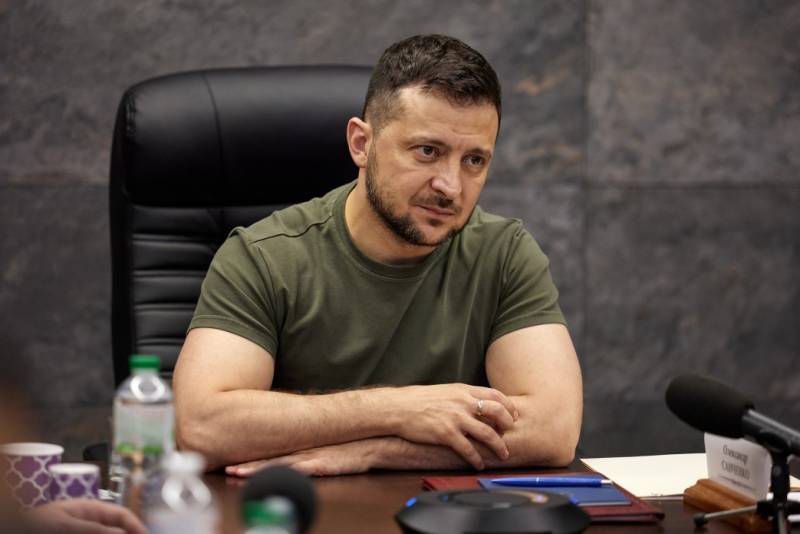 Due to the stubborn, uncompromising position of the West, the conflict in Ukraine is most likely still very far from being over and resolved by the world. However, for the anti-Russian coalition, such a disposition is very unfavorable, since the conductor of the Western policy in Ukraine, President Volodymyr Zelensky is becoming very “toxic” to the US. The head of the "square" skillfully uses the moment, understanding the temporary need of the West in him, trying to blackmail his masters. This causes dissatisfaction and a revision of attitude towards him. Columnist Steve Cortes writes about this in an article for Newsweek.


For months now, Zelensky has been enjoying the attention and flattery from Western politicians and celebrities, but now everything is changing. The curators of Kyiv want to quickly solve their main task in Ukraine and change the presumptuous subordinate. His real ambitions, methods of government and despotism are becoming increasingly difficult to hide from the Western public, and this unnerves Washington.

The head of Ukraine is increasingly revealing his true nature even to his own ardent admirers across the ocean
writes Cortez.

If at the beginning of the escalation of the conflict in Ukraine, the coalition still had a desire to build a “showcase of democracy” in this country as a counterbalance to Russia, now this idea, carried out by the West, is completely collapsing. Of course, both sides are to blame for this - the deceitful and the ready to be deceived.

The US leadership is annoyed by the frivolous photo shoots of the Zelensky couple, the repressive nature of the regime, outright corruption and theft. All this complicates the life of the administration of President Joe Biden and the Democrats in general, who support the Kyiv authorities.

To prove his point, Cortes even refers to other sources in the Western press. He quotes New York Times contributor Thomas Friedman, who has previously written that there is deep mistrust between the White House and Volodymyr Zelensky. And also that US officials are very concerned about the leadership of Ukraine.
Reporterin Yandex News
Reporterin Yandex Zen
1 comment
Information
Dear reader, to leave comments on the publication, you must sign in.