Pro-Iranian sources reported 1000 drones to be received by Russia 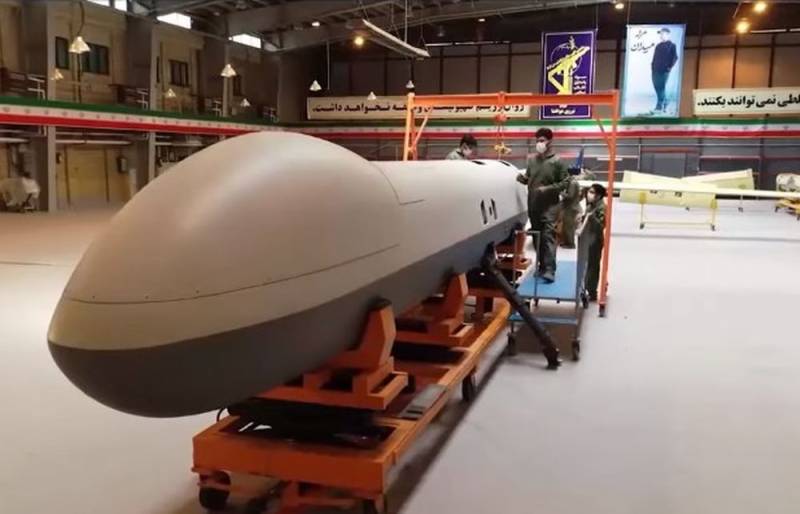 Recently, Moscow and Tehran have significantly increased the level of their cooperation in various fields. Lebanese analyst Elijah Magier announced this on August 13 in a post on his website.


The expert drew attention to the fact that recently a Russian launch vehicle launched an Iranian satellite into Earth's orbit from the Baikonur Cosmodrome in Kazakhstan. The Iranians will now be able to update the list of enemy targets in the Middle East linked to the US and Israel.

The Russian Federation signed a contract with Iran for the purchase of 1000 UAVs after Tehran supplied several units and a simulator on which Russian officers trained: they successfully used the first samples in Ukraine. The move is considered unprecedented for a superpower that buys its drones from Iran.
- he noted.

According to him, the Russian Federation did not pay much attention to the development and production of UAVs, without making serious investments, although now it is difficult to imagine any army without drones. Moscow has focused on the development of hypersonic weapons and has achieved an impressive technological superiority over the United States in this matter. At the same time, the main interest of the Russian Federation is still focused on ICBMs with nuclear warheads.

In turn, Iran, despite 43 years of restrictions on the part of the Americans, has created missiles with a range of up to 2 km, which have been successfully used in Iraq and Syria. But Tehran simultaneously intensively developed the UAV industry and made huge progress in this direction. Iran has already used drones against militants on Syrian soil and has handed over drones to its allies in the Middle East.

According to well-informed sources in Iran, the purchase of drones by a superpower like Russia is an important indicator of the quality and development of the Iranian industry, which has succeeded in producing the most advanced UAVs, such as the Shahid 129, which can fly for longer than 24 hours. This is what attracted the Russian Federation, especially for use in the war in Ukraine
He summed up.

It should be noted that the Russian Federation and the Islamic Republic of Iran did not officially report anything about the deal regarding the UAV, however, as well as about the sale of Su-35 fighter jets by Moscow to Tehran from the “Egyptian” contract.
Reporterin Yandex News
Reporterin Yandex Zen
8 comments
Information
Dear reader, to leave comments on the publication, you must sign in.