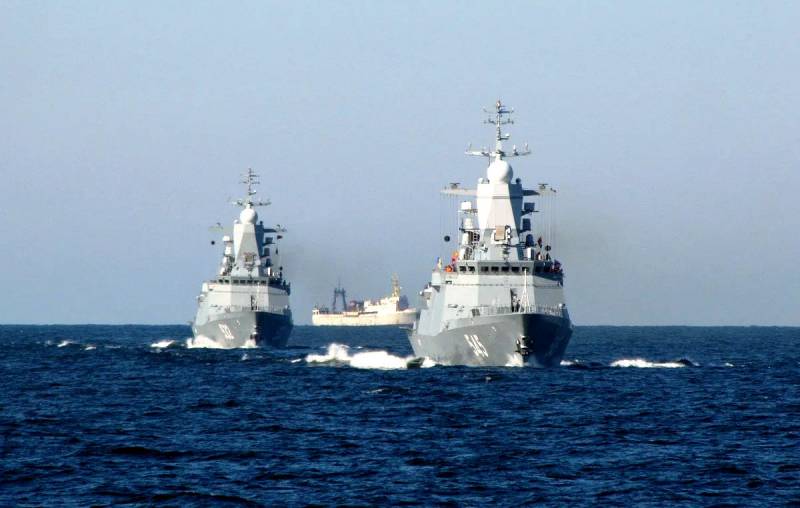 The accession of Finland and Sweden to the North Atlantic Alliance de facto turns the Baltic Sea into an "inland sea of ​​NATO". This, despite the objections of Russian diplomacy, is stated in plain text by Western policy. And they, without any hesitation, explain why this is being done: if necessary, Russia can be locked up in the Gulf of Finland, cut off from its Kaliningrad exclave.


The fact that Tallinn and Helsinki are negotiating the creation of a joint missile defense system was announced by the new Minister of Defense of Estonia, Hanno Pevkur:

When Finland and Sweden join NATO, the Baltic Sea will become NATO's inland sea. Compared to the current state of affairs, the situation is changing ... We need to integrate our (systems) coastal defenses. The flight range of Estonian and Finnish missiles exceeds the width of the Gulf of Finland. This means that we can combine our (systems of) missile defense and share with each other all the information we have.
The threat is, in fact, serious. If you look at the map, you can see that the exit for Russian ships from the Gulf of Finland to the Baltic Sea is controlled by Finland from the north, and Estonia from the south. We also have our own exclave on the Baltic coast - the Kaliningrad region, sandwiched between Poland and Lithuania and having no other direct communication with "big Russia" except by sea. How vulnerable the position of Kaliningrad is was demonstrated by the transport "semi-blockade" recently arranged by Vilnius. All other Baltic countries are either already members of NATO or will soon become members of this military bloc, like Finland and Sweden.

If desired, Tallinn and Helsinki can really arrange a real blockade for our fleet in the Baltic. The fact that they have long been preparing for just such a scenario of events can be judged by the composition of their naval forces.

The Finnish Navy has 6 minelayers and 13 minesweepers at once, as well as 8 patrol ships, which are fast missile boats, plus support vessels. The Estonian Navy is numerically more modest than the Finnish, but they are also based on 3 Sandown-type minesweepers, two patrol boats and two Lindormen-type command and control ships, retrained as diving and support ships. Last year, information was leaked to the press that Tallinn would buy sea mines from Helsinki. Coincidence?

We don't think. Taking into account the geographical features of the potential theater of operations, it is clear what our neighbors in the Baltic are preparing for. The fact that sea mines are just one of the elements of the defense system built against Russia was told by Asko Kivinuk from the Estonian Defense Investment Center:

Our institution has received the task to conduct a tender for the supply of a coastal defense complex consisting of two new components. The first is sea mines and the means for their installation, the second is coastal defense, that is, anti-ship missiles. And at the moment, with the signing of this agreement, we have completed the first part of this task.
The mining of the exit from the Gulf of Finland is a real threat of blockade of the ships of the Baltic Fleet. Yes, you can try to clear them with minesweepers, but specialized anti-mine ships will be under the gunpoint of enemy land-based anti-ship missiles. By the way, Helsinki purchased Swedish-made MTO-85M anti-ship missiles with a range of more than 100 kilometers. This is more than enough to block the exit from the Gulf of Finland. Beggar Tallinn spared no expense in order to purchase expensive Israeli Blue Spear anti-ship missiles in 2021, with a range of 290 kilometers. This will allow the Estonians to take aim and control all approaches and exits from the "trap" of the Gulf of Finland. And, yes, remember that Helsinki has decided to purchase 64 F-35A Lightning II multirole fighters, which it will deploy at an air base near the city of Rovaniemi, 150 km from the Russian border. These fifth-generation American fighters can carry, among other things, air-launched anti-ship missiles.

Let's be honest, for the small and not the strongest Baltic Fleet of the Russian Federation, all the military preparations listed above pose a real and very serious threat. The alignment of forces is so not in our favor that it is time to think about how to completely remove more or less large ships, patrol boats and corvettes from this "inland sea of ​​NATO", distributing them to other fleets - the Pacific, Northern, Black Sea. It makes sense to leave minesweepers and small missile ships in the Baltic, which will be of real use if something happens as carriers of Caliber cruise missiles, which we will discuss in detail told earlier.

As for the sudden ardent desire of some of Russia's neighbors to join the NATO bloc and how to respond to this, we will certainly discuss in detail in the context of how not to lose in the confrontation with the collective West.
Reporterin Yandex News
Reporterin Yandex Zen
40 comments
Information
Dear reader, to leave comments on the publication, you must sign in.