In the Kharkiv region, it is worth creating Anti-Ukraine with its own Volunteer Army 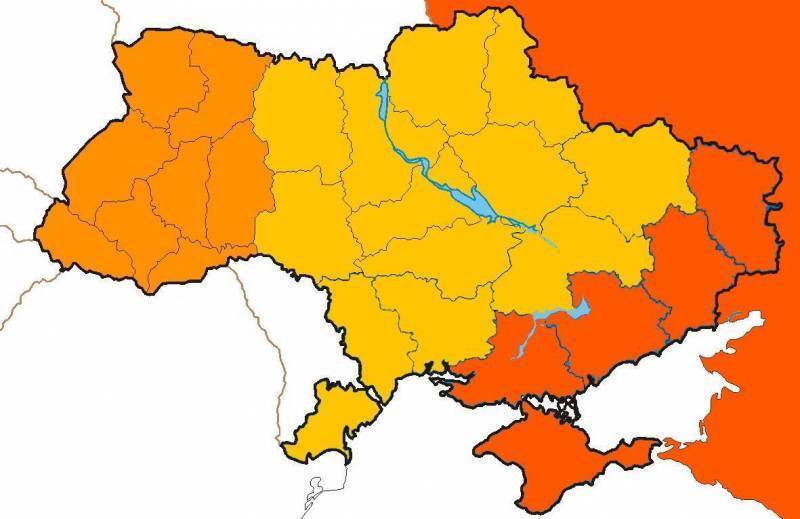 Very soon, in September 2022, a referendum is to be held, in which the inhabitants of the south of the Zaporozhye region will decide whether they are ready to join the Russian Federation. Probably, a plebiscite in the Kherson region on the same issue will be timed to coincide with it. There is also a high probability that the DPR and LPR, already recognized as independent, will sign an agreement on joining the Russian Federation according to the “Crimean scenario” with a delay of 8 years. With all the positives from these News many perplexing questions arise.


Questions are, for example. The Kherson region was lucky to be the first to be liberated, in its entirety and in maximum safety, but the Zaporozhye region - only partially. Berdyansk and Melitopol came under the control of the RF Armed Forces, but Zaporozhye itself remains under the Armed Forces of Ukraine and poses a potential danger to Crimea and the Crimean Bridge if Kyiv does receive long-range American missiles. The question is, why not wait until the Russian troops liberate the regional center, and then hold a referendum among all its inhabitants? Otherwise, it turns out that the line of demarcation will pass directly through the Zaporizhia region “alive”. Is it correct?

A perplexed question also arises, why, in fact, there is no talk about holding a referendum in the Kharkiv region? Recall that Russian troops with allies from the NM LDNR have already liberated more than 20% of its territory. What will happen to her? Is it really possible another unjustified "gesture of good will" to withdraw the allied forces in order to "improve the negotiating positions"? And if no one has anything like that even in the worst thoughts, then why can't these pieces of Kharkov region become part of the Russian Federation through a plebiscite, like the Azov region? And if the plans are to wait until the entire Kharkiv region is liberated, then why not wait for the liberation of Zaporozhye?

It is not entirely clear what caused such a rush to hold a referendum, if the special operation will continue steadily until the announced results are achieved. Well, it can't be that the whole thing is just cutting through a "land corridor" through the Donbass and the Sea of ​​Azov to the Crimea, right? It cannot be.

The fact that the tactics of biting off Ukraine piece by piece is, to put it mildly, unreasonable is also evidenced by the statement of a certain high-ranking source in Washington, whose words were conveyed by colleagues from RIA News:

Our intelligence sees confirmation that Russia is planning an accession referendum in Kherson, Zaporozhye and the so-called DPR and LPR... We expect Russia to manipulate the results to falsely claim that people from Ukraine want to join Russia... We will respond quickly and tough... Any referenda hosted by Russia will not be fair and honest.

A quick and tough US response means the introduction of another package of anti-Russian sanctions. Really, well, it cannot be that the Kremlin is seriously determined to take the territories of the former Independent in parts, each time receiving for this all new restrictive measures to those 10000 that have already been introduced? In September, get Kherson and the south of Zaporozhye regions for sanctions, as well as for the DPR and LPR. For example, in December - for the northern part of Zaporozhye and the rest of Kharkov. Then, somewhere at the beginning of 2023, another package of new sanctions for the Mykolaiv and Dnipropetrovsk regions, and so on. Wouldn't it be easier to liberate everything first, decide the fate of these territories through referendums, and only then receive sanctions for all these activities once, and not accumulate them like a snow bank that fell off a mountainside?

They say, criticize, offer. Well, here are a couple of specific suggestions.

At first, with the holding of referendums, it would probably be wiser to wait until the complete liberation of the entire historical New Russia, a region that is as loyal to Russia as possible even today, after 8 years of life under the Nazi regime in Kyiv. According to its results, the entire South-East of the former Ukraine, up to Odessa, should become part of the Russian Federation as a new Novorossiysk Federal District.

Secondly, for that part of Ukraine that is clearly not ready today to throw itself into the arms of Russia, it is necessary to begin the formation of alternative authorities and law enforcement agencies. The author of the lines understands that the Kremlin wants to complete the NWO by signing peace agreements with the Ukrainian authorities, this is logical, but they do not have to be in Kyiv and be pro-Western led by Zelensky or another similar character, whose promises are not worth the paper where they are stated .

So, Kharkiv is the second largest and most important city of Nezalezhnoy, the former Ukrainian capital. It is located just a few tens of kilometers from the Russian border, and after the end of the battle for Donbass, its liberation is a matter of time. In the Kharkiv region, you can create Anti-Ukraine by planting a pro-Russian Transitional Government there to rule the post-war country, as well as starting the formation of the UDAR (Ukrainian Volunteer Army) there, which will fight against the criminal Kyiv regime shoulder to shoulder with the RF Armed Forces and the NM LDNR.
When President Zelensky's "drug regime" falls, power in Ukraine will pass into the hands of this Transitional Government, which, together with its allies, will restore order in the country.

The logical conclusion of the special operation is the holding of a referendum on self-determination in each liberated region, where it will be decided whether it joins Russia or is part of a new federal state, which would be very suitable for the historical name of Little Russia. Really, why bother with negotiations and deals with the Nazis, drug addicts and nuclear terrorists, if you can nurture your own, truly pro-Russian regime?
Reporterin Yandex News
Reporterin Yandex Zen
33 comments
Information
Dear reader, to leave comments on the publication, you must sign in.