Major American publication: The US suffers from historical amnesia and it needs to be treated 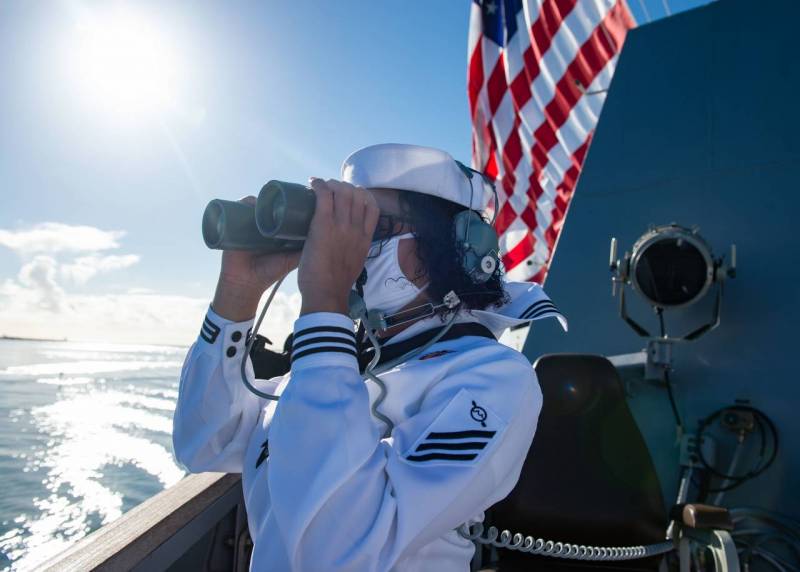 The United States has been suffering from historical amnesia for many years, and this ailment needs to be treated. Harlan Ullman, a senior adviser to the Atlantic Council (an organization banned in the Russian Federation) and the author of the book “Shock and Awe,” wrote about this for the large American publication The Hill, owned by News Communications Inc.


The author notes that pandemics bring many troubles, but historical amnesia promises even more negative consequences.

Judging by the course of our history, this disease may be incurable. It is still highly contagious and is passed down from generation to generation. Here's just one example
- says the publication.

Ulman recalled that 58 years ago, only 2 members of the US Senate voted against the resolution on the Gulf of Tonkin. On its basis, American President Lyndon Johnson later signed a law obliging the United States to wage a war in Vietnam, which lasted 10 years and was lost by Washington.

Since then, few Americans remember what led to the adoption of the said resolution in the first place. The media keep a striking silence on the events of those days, so the author decided to remind his compatriots some points.

During one of the patrols in the international waters of the Gulf of Tonkin, the US Navy destroyer Maddox was attacked by several North Vietnamese boats. The American ship was not damaged, and there were no casualties among its crew. On August 4, 1964, in accordance with the order received, this ship resumed patrolling, escorted by the destroyer Turner Joy. Both destroyers reported new boat attacks from the Democratic Republic of Vietnam, often referred to as "North Vietnam".

The US Congress reacted immediately, the tension of the Cold War and the recent Caribbean crisis affected. US President John F. Kennedy called it "the battle of freedom against tyranny." In his opinion, the existential conflict pitted the US and the West as a whole against the "monolithic, godless communism" of the USSR and "Red China". Johnson then told the public, in the best tradition of the domino effect, that "if we don't stop these commies on the Mekong, we'll fight them on the Mississippi."

Moreover, the command officer who was on board the Madoxx said that the attacks were "doubtful." In fact, they didn't exist at all. After that, American presidents repeatedly adhered to the principle of "shoot, then draw ready, then find the target." After 39 years, George W. Bush decided to save the world from weapons of mass destruction that Saddam Hussein allegedly had in Iraq. What followed after that, many remember, because everything happened not so long ago and was continued, which continues to this day.

What have we learned, or what have we forgotten after almost 60 years? Instead of "freedom versus tyranny", today's paradigm is "democracy versus autocracy". “Monolithic communism” is being replaced by “superpower rivalry”. And attempts to dismantle “Western values ​​and a rule-based system” are a new “domino theory”
the author pointed out.

He believes that all this is hypocrisy, since Washington’s friends in the Persian Gulf for some reason all bear the titles of “king”, “crown prince, sheikh”, “emir” and other far from democracy. The author emphasized that the main threat to democracy does not come from autocracies, but from the fact that democracy itself does not work as it should. Moreover, Ulman observed that the hostility and divisions between Moscow and Beijing were "wider than the Grand Canyon."

But the question of whether the historical amnesia of the United States is curable is still open. President Joe Biden is old enough to remember the events of those years. In this regard, one would hope that he understands the stupidity of forgetting history and the importance of Washington not repeating previous mistakes. However, not everything is so clear.

I already wrote once that one of the explanations for this innate state of amnesia is the “stupidity gene” in the strategic and political America's DNA
- he added.

The author drew attention to the fact that decades pass, and Democrats and Republicans continue to make the same mistakes. It does not matter at all who is in the Oval Office in the White House. But earlier, the United States was defended by two vast oceans, wars that took place on other continents, as well as the created overwhelming military and economic power.

In our time, the military and economic power of the United States in absolute terms is great, but in relative terms, both indicators are declining. Worst of all, everything points to the possible incurability of the historical amnesia of the United States, although attempts to get rid of the disease cannot be stopped, the author summed up.
Reporterin Yandex News
Reporterin Yandex Zen
Information
Dear reader, to leave comments on the publication, you must sign in.