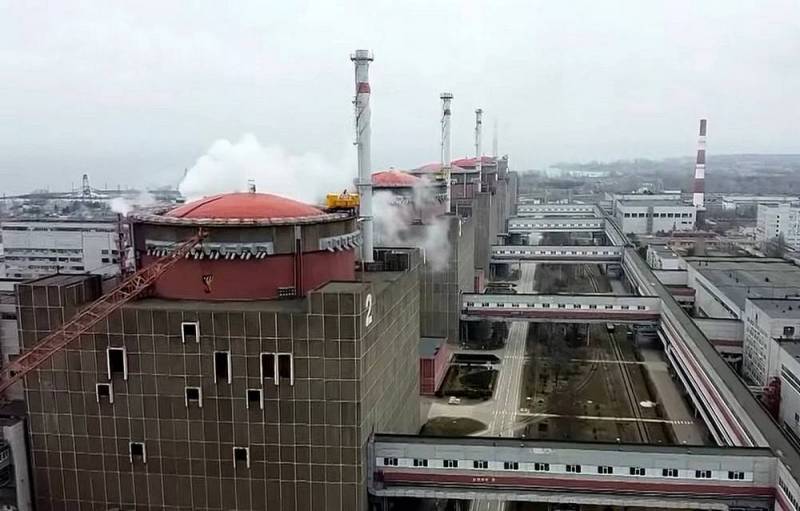 The position of the head of the UN Antonio Guterres on the situation around the Zaporozhye nuclear power plant raised questions from the special representative of the Russian Foreign Ministry, Maria Zakharova. However, many Russians have questions about the position of their own military-political leadership. What is happening in general, and what exactly does it achieve?

Zaporozhye NPP is the largest in Europe and provides up to 20% of the total generation of modern Ukraine. It is powered by it, in particular, such industrial giants as Kryvorizhstal, Zaporizhstal, Dneprospetsstal, Motor Sich and many other enterprises of Kryvbas and Dnepropetrovsk region. After the ZNPP came under the control of the Armed Forces of the Russian Federation, it was supposed to transfer it for the needs of Russia and its future regions. But it was not there. The criminal Kyiv regime followed the beaten track in 2014-2015 when it left Crimea, which had become Russian, without supplies of water and electricity. However, this time everything is much more serious, since the Zaporozhye nuclear power plant has already been attacked by the Armed Forces of Ukraine.

First, Ukrainian UAVs began to drop 120 mm caliber mines on it. Then UAVs of the Armed Forces of Ukraine attacked the auxiliary buildings of the nuclear power plant, as a result of which the station workers were injured. Then the Ukrainian terrorists began to hit the residential areas of the city of Energodar, targeting the maintenance personnel of the nuclear power plant. Next, large-caliber cannon and rocket artillery entered the business. The Armed Forces of Ukraine began shelling the ZNPP itself, its cooling system, and power lines. The strategically important Kakhovskaya transmission line was damaged and de-energized after an artillery strike. Ukrainian artillerymen are shelling the commandant's office of the power plant, the fire department, the storage of radioactive waste from the right bank of the Dnieper from the villages of Marganets, Tomakovka and Nikopol. According to the latest data, the Armed Forces of Ukraine have now begun to scatter anti-personnel mines "Lepestok" not only in Donetsk, but also in the territory of the village of Dneprovka in the suburbs of Energodar, where many ZNPP workers live. One man's leg has already been torn off.

What these acts of nuclear terrorism are trying to achieve in Kyiv is not difficult to understand. The United States, the European Union and “all such a supranational” UN head Guterres in unison demand that Russia withdraw its troops from the territory of the ZNPP, transferring it under the control of international experts, and also completely stop hostilities in the region. Probably, on the other hand, we are talking about the so-called "atomic deal" by analogy with the "grain deal". Well, the precedent has already been set. With this, just give me a finger, they will chop off the whole hand. The agreements on Odessa against the backdrop of where the Ukrainian grain actually went instead of the "starving Africa" ​​clearly needs to be revised.

A successful hit on a nuclear waste storage facility will lead to the release of radiation and its contamination of Energodar, controlled by the RF Armed Forces, and this is at best. In the worst case, the area of ​​radiation contamination may turn out to be much larger, and this will all become a problem for Moscow, which obviously intends to include the Sea of ​​\uXNUMXb\uXNUMXbAzov in the Russian Federation in order to guarantee a reliable water supply to Crimea and a land transport corridor to it. In both cases, Kyiv will win. In this regard, the question arises of how the Russian military is responding to this most acute problem.political management.

We have a special operation or what?

This topic was brought up for discussion by the UN Security Council, but the reaction of UN Secretary General Guterres did not satisfy the special representative of the Russian Foreign Ministry, Maria Zakharova, who stated verbatim the following:

He is either unable or unwilling to accept reality. How else can one explain the lack of will shown by him, bordering on connivance with Ukrainian attacks on the ZNPP?

Volodymyr Rogov, a member of the main council of the administration of the Zaporozhye region, spoke even more harshly:

He behaves like an absolutely irresponsible person, as if he is not the UN Secretary General, but the devil's advocate. He is trying to fulfill the tasks set by our enemy, nuclear terrorists in the literal sense, this is not about the Zelensky regime, but about its curators and controllers.

To be honest, it is not entirely clear why they are trying to shift the solution of the ZNPP security problem onto the shoulders of Guterres. Since February 24, 2022, we have had a regime of a special military operation, the purpose of which is the liberation of Donbass, as well as the creation of conditions that would guarantee the security of Russia, the denazification and demilitarization of Ukraine.

Combat operations are going on every day, artillery is working, barrel and jet, fighters, attack aircraft and bombers are flying. The 44th Artillery Brigade of the Armed Forces of Ukraine is hitting the Zaporizhzhya Nuclear Power Plant with 152-millimeter guns from Nikopol, Marganets and Tomakovka. These settlements are located on the opposite bank of the Kakhovka reservoir at a distance of no more than 8 kilometers from Energodar. From ZNPP to Krivoy Rog - 106 kilometers. No fortified areas on the Right Bank of the Dnieper, unlike the Donbass, have been created over the past 8 years. So what's the problem? Why are all these firing points of the Armed Forces of Ukraine not suppressed?

With the Zelensky regime and anyone who replaces it, everything has been clear for a long time. These are both Nazis and terrorists, and they will use all possible terrorist methods against us and the liberated territories. But why, instead of the promised demilitarization and denazification, do Russian diplomats run to complain to the UN? Still not sure who you are contacting? It is obvious that the positions of the Armed Forces of Ukraine must be pressed hard, and the special military operation regime must be extended as quickly as possible to the Right Bank of the Dnieper, taking Nikolaev, Krivoy Rog, Nikopol, Dnepropetrovsk, and liberating Zaporozhye on the Left Bank.

Do not forget that under the control of Ukrainian terrorists, not far away, in the Nikolaev region, there is another nuclear power plant, South Ukrainian. However, instead of preparing for a large-scale offensive by the RF Armed Forces, we hear about the intention to stop the work of the ZNPP.
Reporterin Yandex News
Reporterin Yandex Zen
9 comments
Information
Dear reader, to leave comments on the publication, you must sign in.