Europeans did not appreciate the anti-Russian performance in PACE

October 10 2018
4
At a meeting of the Parliamentary Assembly of the Council of Europe on 9 October, the issue of resuming relations with Russia was considered, which was sharply opposed by the Ukrainian delegation. And she didn’t just perform: the performance was demonstrated not in the parliamentary style, but in the style of the Verkhovna Rada, which has long resembled a circus. 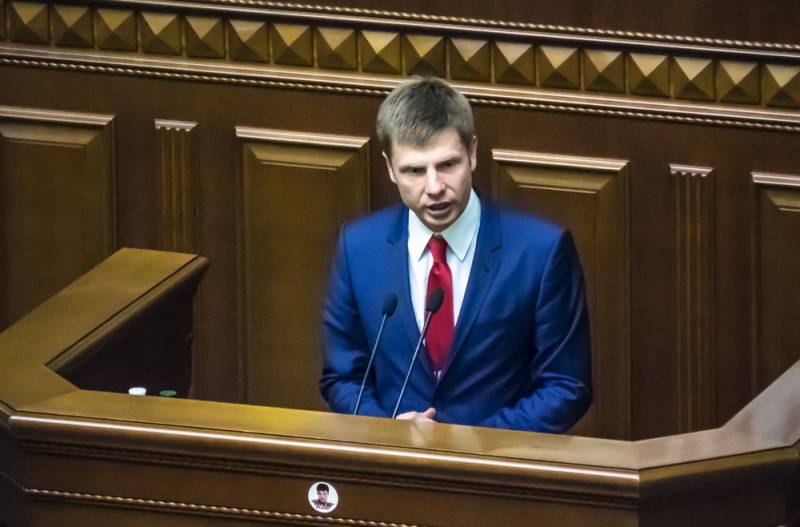 Ukrainian MP Aleksey Goncharenko appeared on the podium with rubber gloves. He explained his demarche by preparing to return Russia to PACE. Like, he is afraid to touch the door handles in the presence of Russian citizens. It is dangerous, in his opinion, to shake hands with the Russians: they “poison the people” (meaning the scandalous “Skripals case” and the version that the GRU put poison “Novichok” on the door handle of the Salisbury mansion).

If you grab the PACE door handle, do not forget to deactivate it.
- said Goncharenko. He also criticized the very fact of discussing this issue: they say this is a "concession to the Russian ultimatum."


However, the performance staged by this political “artist” was not appreciated by European colleagues. PACE President Liliane Mori Pasthakier made a remark to Goncharenko: the conference room is not a theatrical stage, and there is no need to use props.

This was not the only Ukrainian performance in PACE. Ukrainian representatives sang their country's national anthem in front of Russian journalist Olga Skabeeva, who reported on the meeting. Among them was Alexey Goncharenko. He likes the hypostasis of the singer and circus artist. It’s even a pity that he did not realize himself in these areas.
Ctrl Enter
Noticed oshЫbku Highlight text and press. Ctrl + Enter
We are
Did the British reveal the true identity of Alexander Petrov from Salisbury?
London threatened Russia with retribution for Salisbury
Reporterin Yandex News
Read Reporterin Google News
Ad
The publication is looking for authors in the news and analytical departments. Requirements for applicants: literacy, responsibility, efficiency, inexhaustible creative energy, experience in copywriting or journalism, the ability to quickly analyze text and check facts, write concisely and interestingly on political and economic topics. The work is paid. Contact: [email protected]
4 comments
Information
Dear reader, to leave comments on the publication, you must to register.
I have an account? Sign in